Home » Lifestyle » UNESCO World Heritage Sites: All 33 of the UKs listed areas – how many have you visited? 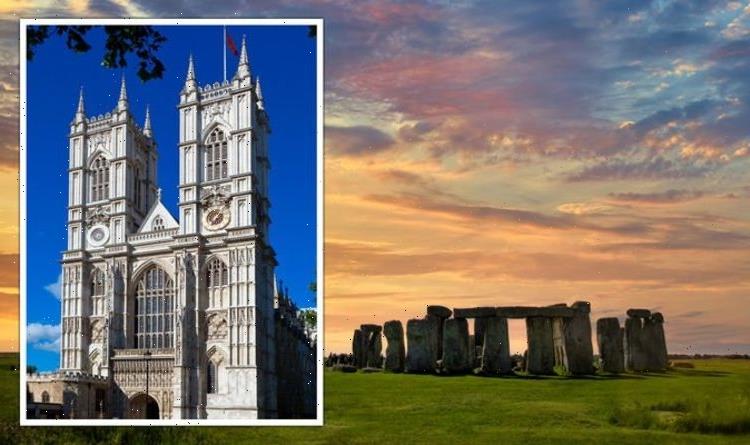 UNESCO World Heritage Sites: All 33 of the UKs listed areas – how many have you visited?

There used to be just seven wonders of the world, but thanks to UNESCO the list of locations around the world recognised for their cultural and geographical significance is much, much, longer. How many of the UK’s 33 listed areas have you visited?

UNESCO World Heritage defines itself as, “the designation for places on Earth that are of outstanding universal value to humanity and as such, have been inscribed on the World Heritage List to be protected for future generations to appreciate and enjoy.”

Being a world heritage site not only means the significance – whether natural or cultural – has been recognised, but that it must be protected.

Italy is the country with the most listed World Heritage sites: boasting 58 sites.

But what are the 33 places in the UK with UNESCO status? And how many have you visited?

Blaenavon, in Avon Llwyd valley in South Wales, has UNESCO status for its importance in the iron making and coal mining industries, making it a key historical artefact for the Industrial Revolution.

Blenheim Palace, in Oxfordshire, was designed by John Vanbrugh. With over 300 years of history, this palace is the birthplace of Winston Churchill.

Canterbury Cathedral, in Kent, has been the home of the spiritual head of the Church of England for over 500 years.

King Henry IV is buried here with his wife, and Canterbury Cathedral is also the home of one of the four surviving copies of Magna Carta.

4 Castles and Town Walls of King Edward in Gwynedd (1986)

These castles, in Gwynedd, North Wales, are described by UNESCO as “the finest examples of late 13th century and early 14th century military architecture in Europe.”

Founded by the Romans in the first century AD, Bath has some of the most famous Roman remains in Europe. The most notable of these are the famous Roman baths: the natural hot springs that created a thermal spa.

The remains of mines, railways, tramroads and more reflect the mining history of Cornwall and West Devon.

UNESCO says Cornish innovation “had a profound impact on the growth of industrialisation in the United Kingdom, and consequently on industrialised mining around the world.”

The Derwent Valley, in Derbyshire, houses many cotton mills from the 18th and 19th centuries.

Built between the 11th and 12th centuries, UNESCO describes Durham Castle and Cathedral as: “the largest and finest example of Norman architecture in England.”

The ‘Roman Limes’ are the remains of the border line of the Roman Empire, in Britain they are found along our Atlantic coast.

Located in Gibraltar, these four caves contain the remains of Neanderthal occupation, showing how the Neanderthals lived, ate and hunted. You can even see their rock engravings.

Neolithic monuments in Orkney, including a tomb and stone circles, are considered by UNESCO to be “a major prehistoric cultural landscape” giving us insight into the lives of the inhabitants of this remote Scottish island 5000 years ago.

UNESCO says: “The Town of St George, founded in 1612, is an outstanding example of the earliest English urban settlement in the New World.”

In 1986 the Ironbridge Gorge was one of the first locations to become a World Heritage Site within the U.K. for its significance in the industrial revolution.

Jodrell Bank Observatory sits in a rural area of northwest England, free from radio interference. As such, it is one of the world’s leading radio astronomy observatories.

New Lanark is a small 18th- century village in Scotland where the philanthropist and Utopian thinker Robert Owen moulded a model industrial community in the early 19th century.

Edinburgh has been the Scottish capital since the 15th century, the medieval Old Town and the Georgian New Town co-exist, giving Edinburgh its unique character.

Many royal weddings have taken place here. When William and Kate wed here in 2011, a billion people around the world watched.

In north-eastern Wales, this 18km long aqueduct and canal is described by UNESCO as: “ a feat of civil engineering of the Industrial Revolution.”

This world-famous botanical garden is in Richmond, London.

Perhaps the most famous megaliths in the world, found in Wiltshire, Stonehenge is an iconic site.

24 Studley Royal Park including the Ruins of Fountains Abbey (1986)

In North Yorkshire, UNESCO describes this as: “one of the most magnificent Georgian water gardens ever created.”

In northwest England, the Lake District is a mountainous area with valleys formed by glaciers in the Ice Age. A place of outstanding natural beauty, many Brits travel to the Lake District for hikes and holidays.

At 2529 metres, the Forth Bridge in Scotland was one of the world’s longest railway bridges when it opened in 1890, and remains so to this day.

The newest addition to Britain’s UNESCO World Heritage Sites, this landscape illustrates the history of slate quarrying and mining in Wales.

One of Britain’s most famous sites, this fortress was built by William the Conqueror to protect London. It has been the site for three royal executions: Anne Boleyn, Catherine Howard and Lady Jane Grey. Today it houses the crown jewels.

These sites have UNESCO status for their natural features, such as geological qualities.

This tiny, uninhabited since 1930, archipelago off the coast of the Hebrides has some of the highest cliffs in Europe.