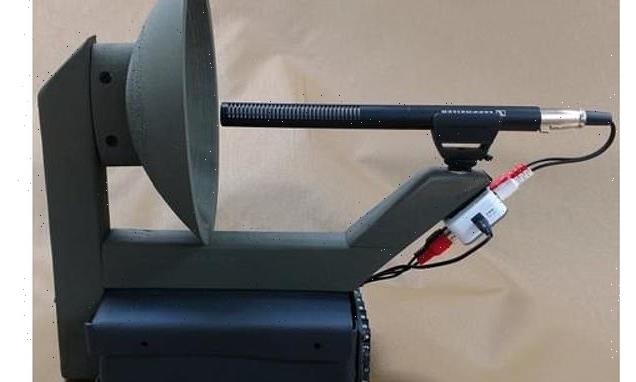 The US Navy is working on a non-lethal weapon that would render a person unable to communicate.

The handheld Acoustic Hailing And Disruption (AHAD) system records a subject’s voice with a long-range microphone then amplifies it and plays it back on two distinct tracks, one nearly simultaneous with the original and another on a slight delay, perhaps a few hundred milliseconds.

Using a parametric speaker, it directs the sound back at the person speaking, with the resulting echo theoretically disorienting the person and impeding their attempts to continue talking.

‘Due to the delayed auditory feedback effect, the target speaker’s concentration will be disrupted, making it difficult for them to continue speaking,’ according to the weapon’s patent application, approved in early August.

The chatter would be inaudible to anyone else, New Scientist reports, ‘so, as far as any bystanders can tell, the target will seem to have trouble speaking for no obvious reason.’ 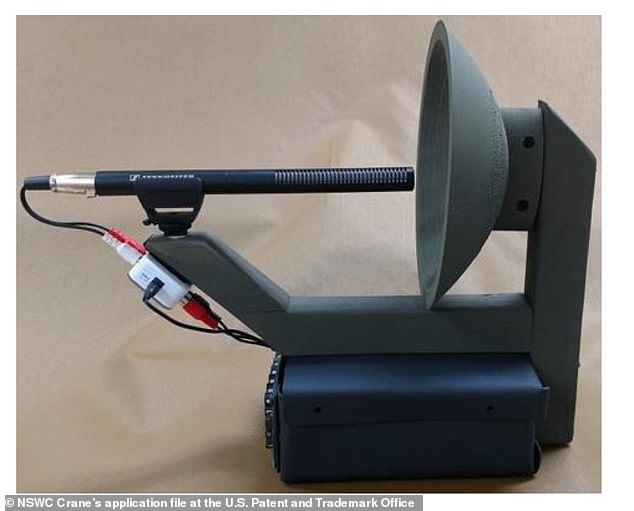 The handheld Acoustic Hailing And Disruption (AHAD) system records a subject’s voice  then amplifies it and plays it back on a slight delay, perhaps a few hundred milliseconds.  ”Due to the delayed auditory feedback effect, the target speaker’s concentration will be disrupted,’ reads the device’s patent application, which was approved

The AHAD patent was granted to Christopher Brown, an engineer at the Naval Surface Warfare Center near Bloomington, Indiana.

It’s not clear if the device has been constructed or tested, though the Navy filed the patent in 2019.

Researchers at Japan’s National Institute of Advanced Industrial Science and Technology in Tokyo tested a similar device, called a ‘SpeechJammer,’ in 2012, saying it was useful for ‘controlling discussions.’

‘This effect can disturb people without any physical discomfort, and disappears immediately by stop[ping] speaking. Furthermore, this effect does not involve anyone but the speaker.’ 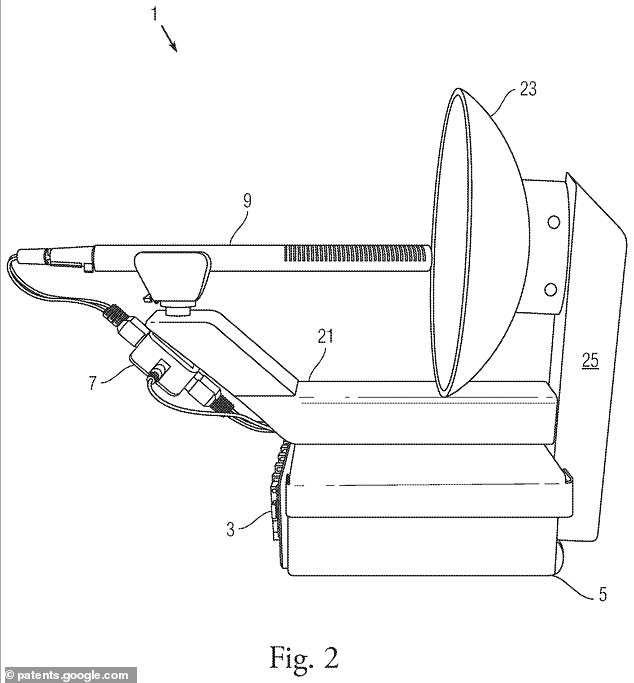 A rendering of the AHAD system, submitted by Navy engineer Christopher Brown 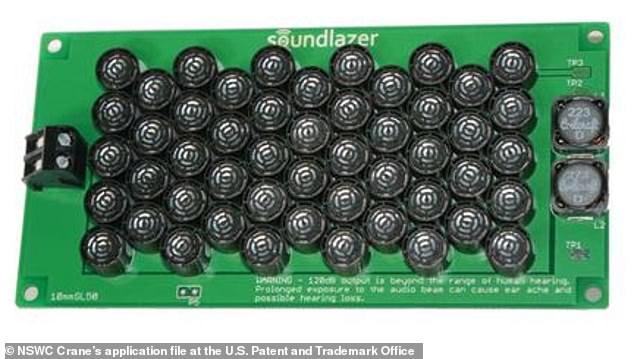 A Soundlazer parametric speaker would focus the disorientating audio at the target, so bystanders would think they had trouble communicating for no apparent reason

Acoustic hailing devices (AHD) have been used on ships, at checkpoints, and mounted atop vehicles for years, according to Task and Purpose, though usually to warn individuals if they are getting too close to a restricted area, not to stymie their speech.

The AHAD device is just the latest nonlethal weapon envisioned for military use.

In 2019, Russia outfitted two warships, the Admiral Gorshkov and the Admiral Kasatonov, with an optical interference weapon that can induce vomiting and even hallucinations. 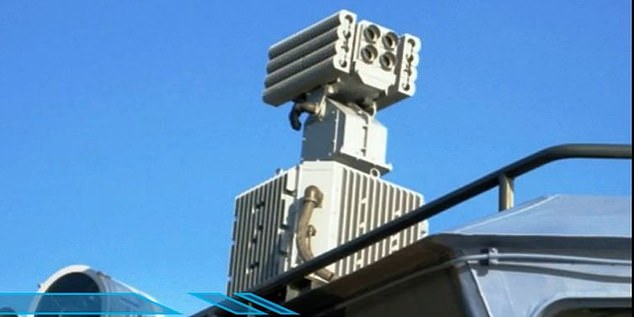 The 5P-42 Filin fires a strobe-like dazzling beam which can induce nausea, vomiting and hallucinations

The 5P-42 Filin releases a dazzling strobe-like beam to disrupt an enemy’s eyesight — causing them to miss their targets but also inducing deliriousness and nausea — without causing permanent damage.

Developed by Ruselectronics, the device was tested by volunteers shooting various weapons — including assault rifles, snipers and machine guns — at targets under the Filin’s protection.

All the participants saw their accuracy reduced by impaired vision and half noted signs of disorientation, nausea and dizziness, according to state-owned Russian news agency RIA Novosti.

The Filin, which means ‘Eagle Owl,’ can also suppress infrared lasers and night-vision devices, as well as the guidance systems of anti-tank guided missiles, at a distance of up to three miles.

Over 100,000 more Call of Duty players banned for cheating