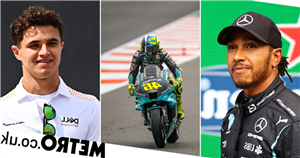 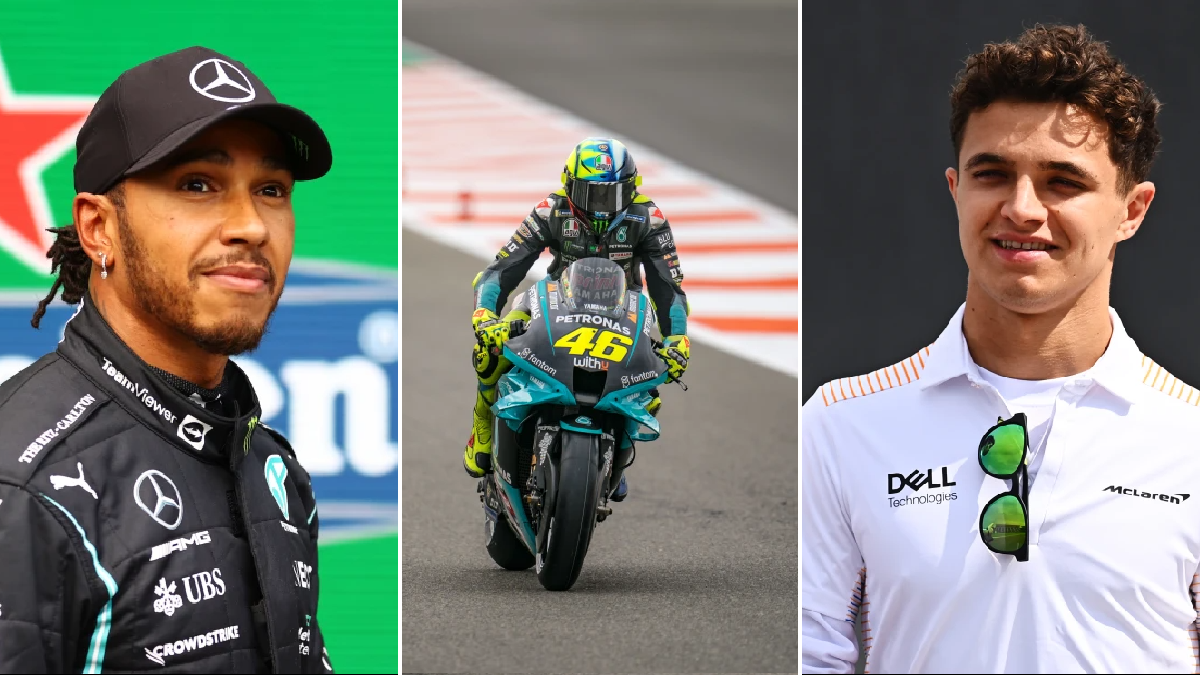 F1 stars Lewis Hamilton and Lando Norris have both paid special tribute to Valentino Rossi as the MotoGP legend gears up for his final race.

The 42-year-old will retire from the sport following his final world championship motorcycle race on Sunday in Valencia after a glittering career spanning 25 years.

Rossi, who won nine motorcycle world championships – seven in the 500cc top tier – has inspired an entire generation of fans but also fellow professionals in motorsport.

Speaking in Brazil ahead of his own F1 race today, Norris lauded praise on Rossi, detailing how he first inspired him to get into racing.

‘Funnily enough he sent me a message last night, just because he’s going into… the final race of his career,’ said Norris.

‘I mean, it’s sad times, I’m still going to try and watch as many MotoGP races as I can, and he was the guy I watched when I was what, four, five, six years-old?

‘He got me into racing and got me onto a motorbike first so yes, he’s been the guy that I’ve looked up to, the guy that I guess has kind of helped me get to this position where I am because probably without watching him, my ambition of being a racing driver wouldn’t have been so high so yes, I’m going to miss it.

‘I’m lucky I got to meet him once, got to go to a race at Silverstone. I’m going to miss him in MotoGP.

‘I don’t think it’s just me, I think there are millions of fans who are going to miss him, in F1, in the paddock – and his character because that’s one of the best things about him, the guy he is, the character he is, amongst people, amongst fans he has time for everyone.

‘He’s a special guy and I think he’s definitely going to be missed.’

Seven-time F1 world champion Hamilton knows exactly what it takes to reach the top and has even swapped rides with Rossi – back in 2019 he rode the Yamaha motorcycle while the Italian stepped into Hamilton’s Mercedes W08.

‘It’s obviously sad to see Vale [retiring] but I just think his drive, his approach, everything he’s done is just incredible,’ said Hamilton.

‘It will just be sad to be watching the races and seeing him… but I think it’s a beautiful time for him because he’s got family now he’s started to build. I’m grateful to have been able to share a really special day with him on track – I’ll always remember that.’

Snog like a teen and swap saliva to avoid winter bugs, says expert