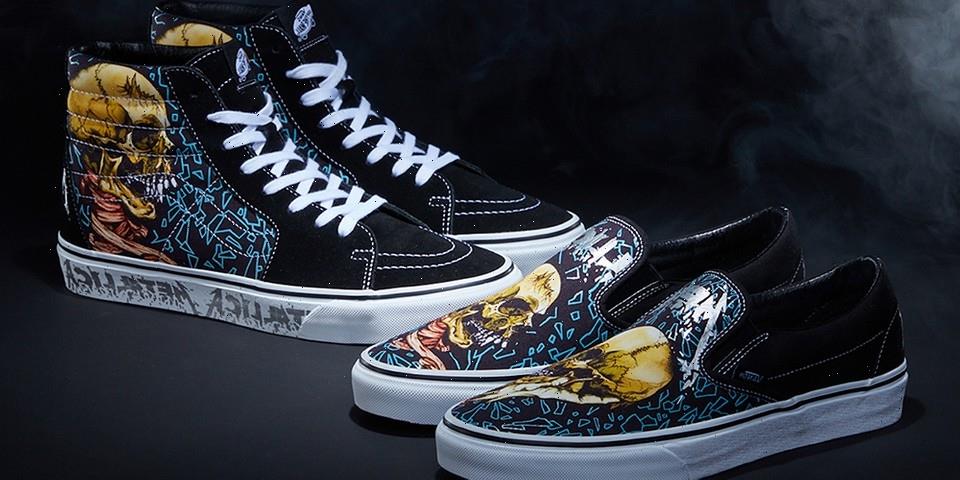 Legendary band Metallica has presented a new collaboration with Vans, arriving just in time to celebrate the 30th anniversary of the Black Album. The celebratory capsule introduces new designs of the Sk8-Hi and Classic Slip-On silhouettes, with artwork from Metallica’s frequent collaborator Pushead.

Pushead’s signature “Sad But True” design is associated with Metallica’s Black Album era, with the twin skulls artwork appearing as part of the band’s set design as they toured the world. The facing skulls appear on the two silhouettes, including their use on the quarter panels on the Sk8-Hi. The Classic Slip-On, on the other hand, places them on opposing shoes. Other features of the collaboration include a graphic blue shatter design, silver Metallica branding and a printed Metallica logo on the heel stay.

Take a look at the collection in the gallery above. The two Metallica x Vans silhouettes are due to release for Vans family members on July 25, before hitting the Metallica web store a day later.

For more from Vans, the brand also recently collaborated with SE Bikes for a second collection.
Source: Read Full Article