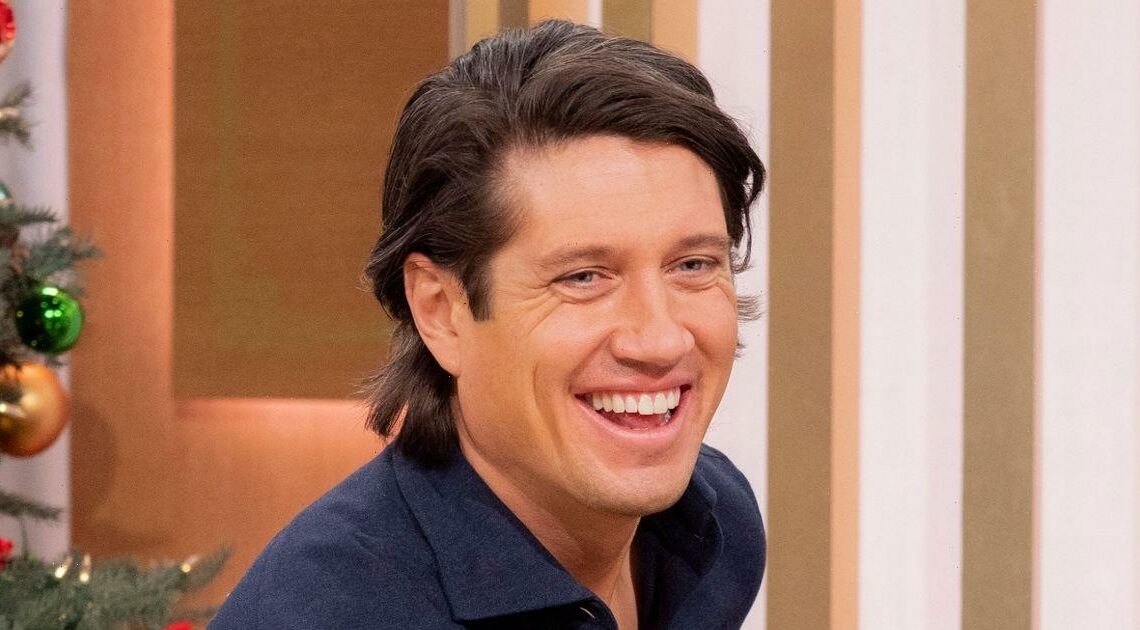 Tess Daly's husband Vernon Kay has taken to social media to weigh in on her Strictly final outfit which has divided viewers.

Vernon was quick to take to Twitter to gush over his other half as she presented the Strictly Come Dancing 2021 final.

The I'm A Celeb star compared the host to an angel as she sported an all-white ensemble.

The blonde beauty stunned in a long sleeved white gown which featured ruching around the waist.

The former model's slender legs were on full show as the gown had a daring split to show off her long pins.

The TV star wrote to his 1.1 million followers: “@bbcstrictly On absolute point tonight!

“What an amazing show! Love the outfit @TessDaly.”

Vernon finished the post by adding a GIF of a pair of angel wings floating.

However, Strictly fans were left divided by Tess's choice of outfit for the final.

One penned: “Why is Tess Daly wearing a dressing gown on @bbcstrictly? Did she think it started at 20:10 not 19:10 #RoseToWin.”

Another wrote: “Who’s idea was it to dress Tess Daly up like Jesus in the strictly final!”

Another agreed: “Is @TessDaly wearing her dressing gown #loveit #Strictly2021.”

Not everyone disliked the stars white dress others agreed with Vernon giving Tess many compliments.

The white ensemble featured a thigh-high split to flaunt her leggy figure.

One fan asked: "@bbcstrictly Anyone know where the dress @TessDaly is wearing tonight is from?"

“@TessDaly is the only person who could make a dressing gown look classy #Strictly2021," added a third.

The 27-year-old who is deaf has increased awareness of her condition.

Rose who is best known for playing Frankie Lewis on EastEnders captured the nation’s hearts with her personality and jaw-dropping dances.

After an emotional final against John Whaite and Johannes Radebe, the pair were announced as the 2021 champs making ballroom dancing history.