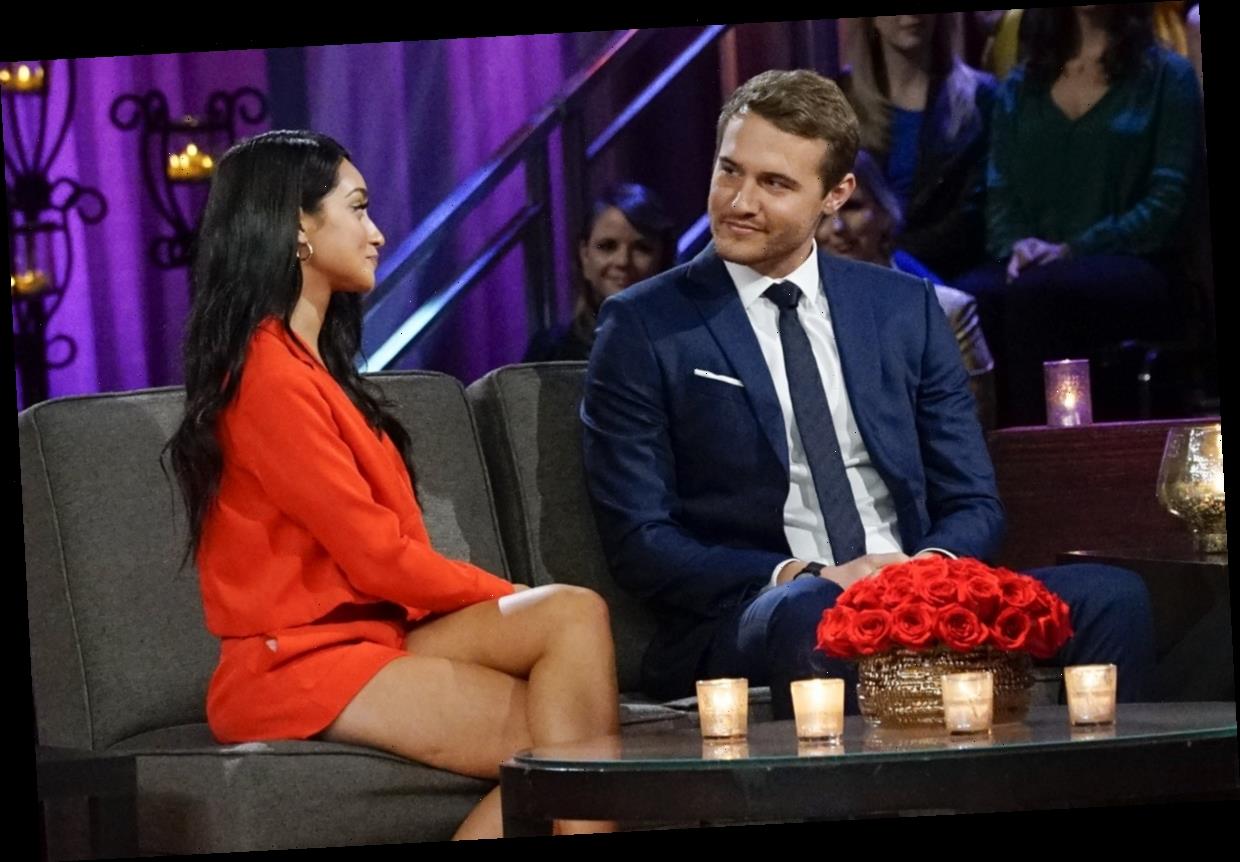 Victoria F. Could Win Peter’s Final Rose, According To This Wild ‘Bachelor’ Theory

Peter Weber’s season of The Bachelor comes to a close next week and fans are still nowhere closer to figuring out the ending as they were on night one. This has caused the rumor mill — not to be confused with windmill — to go into overdrive as fans try to predict what’s to come. However, a new Bachelor theory concerning Victoria F. has started to gain some serious traction ever since Monday night’s Women Tell All special, leaving many to mull over the possibility that she will go on to become the winner of Peter’s season.

Considering that Victoria F. was just eliminated after the Fantasy Suite dates, one wouldn’t think such an outcome wouldn’t be all that likely. Yet one Reddit user, LiaLu7, thinks Peter himself may have accidentally slipped during the Women Tell All and revealed that he and Victoria F. are currently together post-show. The Redditor noted that there were several indicators throughout their interaction on stage together that makes this possibility all the more likely. For starters, upon seeing Victoria, he told her that she looked "beautiful," while giving her a big hug. He also spoke about their relationship in the present tense, saying things like, "I really do feel good about our relationship."

Others commented on the Reddit theory, noting its credibility and suggesting that could be why ABC went so easy on Victoria F. by giving her a generally positive edit, despite how much drama was centered around her throughout the season.

Then again, perhaps we’re just all reading way too much into all of this and Peter is simply just on really, really, really good terms with his ex. There are certainly plenty of Bachelor Reddit theories to choose from these days, so Victoria F. winning isn’t the only potential outcome by far — especially when you take into consideration the heartfelt goodbye message Victoria F. recently posted on Instagram, where she appeared to give the relationship a sense of closure.

"You showed me the definition of a good thing. & you showed me that I can be loved unapologetically with all my flaws," she captioned the post alongside an image of her and Peter from the Women Tell All. "For that I am forever grateful for you. I’m excited to see where life takes you & I have all the respect in the world for you."

That doesn’t sound like two people who are currently planning a future together, but given all of the uncertainty surrounding this season, anything is possible at this point.