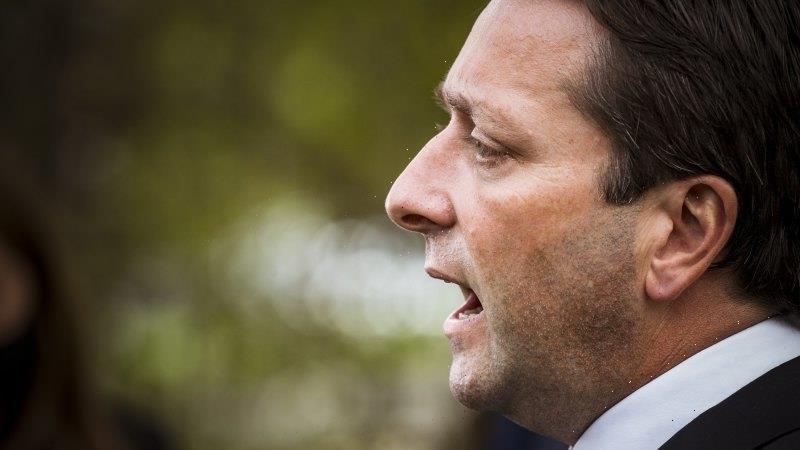 West Australian Premier Mark McGowan may seem like an unlikely political role model for the Victorian Liberal Party’s new leader Matthew Guy, but his path to Premier – after suffering a crushing defeat – is one Guy hopes to emulate.

More than just Premier, McGowan is somewhat of a doyen of the Labor Party after guiding his party to one of the country’s biggest ever election wins in March, obliterating the Liberal Party to just two seats. 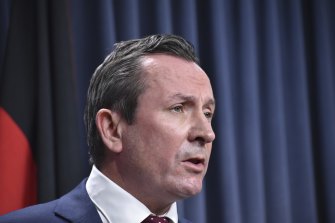 But it wasn’t an easy journey.

McGowan, who was elected leader of the Labor Party in January 2012, initially led Labor to a crushing defeat in 2013, after which pundits wrongly predicted Labor would require a two-term strategy to return to government. Given that timeline, McGowan looked unlikely to survive.

Fast-forward to 2017, Labor needed a 10-seat swing to tip out the Liberal-National Coalition. Under McGowan’s leadership, Labor almost doubled the number of seats it held and delivered the Coalition a crushing blow.

It's little wonder politicians, particularly those in as much trouble as Guy, cling to such comeback stories.

With the Victorian election due in less than 15 months, Guy, like McGowan, knows what it is like to suffer a humiliating defeat. In 2018, the Liberal-Nationals Coalition won just 27 seats to Labor’s 55 under his stewardship.

Guy was blamed for well-publicised policy mistakes such as the opposition’s obsessive focus on the Safe Schools anti-bullying program, a scare campaign around African gangs as well as a failure to articulate a clear economic plan – three areas which were singled out as problems in the party’s post-election review.

But obsessing about these policy missteps overlooks another important factor which contributed to the vote collapsed. With less than 100 days until the election, prime minister Malcolm Turnbull – considered a somewhat popular leader in Victoria – was challenged by Peter Dutton and ultimately lost his job to Scott Morrison.

At the time, Daniel Andrews appeared to have a slender lead over the Coalition, but the chaos in Canberra and suggestion Peter Dutton could ever become prime minister smashed the Liberal Party’s brand south of the Murray River and contributed to a loss of seats, particularly in the party's heartland in Melbourne’s east. 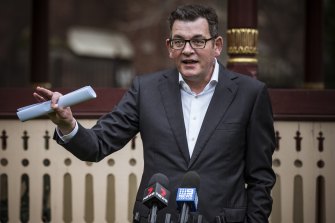 The Liberal Party’s post-mortem prepared by Liberal luminary Tony Nutt estimated that 30 per cent of voters in Victorian electorates that were lost to Labor stated that they could not vote for the Liberal Party “because of the removal of Malcolm Turnbull and 17 per cent of traditional Liberal voters agreed with that position”.

The impact of such federal fights is something Mark McGowan knows all too well.

Back in 2013, the Gillard government’s implosion was blamed, in part, for delivering McGowan his state election loss in Western Australia. Even Labor Defence Minister Stephen Smith admitted at the time that Labor’s chaos in Canberra was a “drag” on its state counterpart.

With this in mind, Guy will have to tread carefully as he navigates his election path amid rising voter fury with the Morrison government. 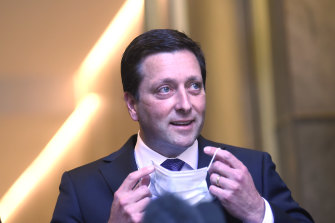 Matthew Guy was a controversial planning minister between 2010 and 2014.Credit:Justin McManus

As a Labor premier, Victorian Premier Daniel Andrews has the luxury of attacking the federal government and standing up for Victorians, as he did this week when he accused Canberra of providing NSW with more vaccine doses than it was entitled to.

It's not quite as easy when you're meant to be on the same side.

For Guy to have any chance of pulling off a McGowan-style comeback, he will also have to improve his personal brand which has been tarnished by controversial planning decisions and his infamous lobster dinner with alleged mafia bosses.

It’s no coincidence that Guy, who described his 2018 election loss as a “humbling” experience, is already showing signs of change. He has ditched the tie and his trademark aggression. So too, the personal attacks on Daniel Andrews.

Calls for the abolition of the safe schools bullying program have also been replaced by a pledged to employ a dedicated mental health specialist at every Victorian school if elected in 2022.

McGowan's political reincarnation might serve as inspiration for Guy, but his is just one example of a politician who has gone on to win government after losing their first elections as leader.

At this stage the polling suggests that Guy is unlikely to follow suit, but these political resurrections should offer some hope to a wounded Coalition.

Married At First Sight UK 2021 couples ranked: Who is most likely to stay together?