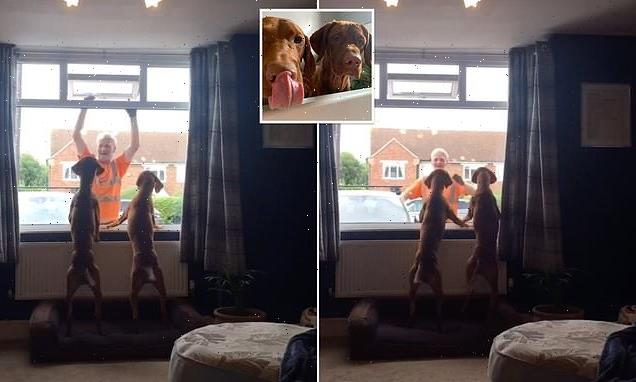 ‘Bin men are quiet heroes’: TikTok users go wild for friendship between local refuse collectors and two friendly Vizslas who wait by the window to see them every week (and get a treat!)

Forget chasing a ball, a tasty treat or snuggles on the couch, the best moment of the week for these two adorable dogs is when the bin men come to do their collection.

Vizslas Ralph and Bruno, who live with their owners in Nottinghamshire, have won more than 33,000 fans across Instagram and TikTok, thanks to adorable videos that show them excitedly waiting for the bin men every week.

The pair run up to the window in search of their friends whenever they hear the sound of the lorry – and are rewarded with a treat.

In the latest clip, Ralph and Bruno are seen standing eagerly with their paws on the windowsill, their tails wagging furiously, and there’s even a tense moment where they think they’ve been forgotten.

Captioned, ‘The boys honestly thought the binmen had forgotten about them today. Look how Bruno’s tail stops wagging when he realises’, the video gained over 250,000 likes as people cooed over the adorable scene.

The boys honestly thought the binmen had forgotten about them today. Look how Bruno¿s tail stops wagging when he realises. ¿¿ ##monday ##fyp ##foryou 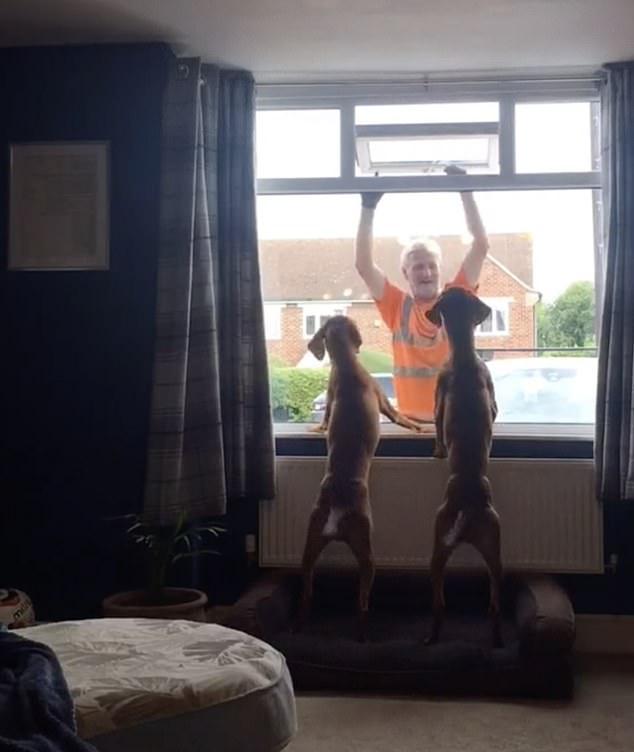 In the video, the dogs can be seen ferociously wagging their tails with glee as they realise it’ s the weekly bin time 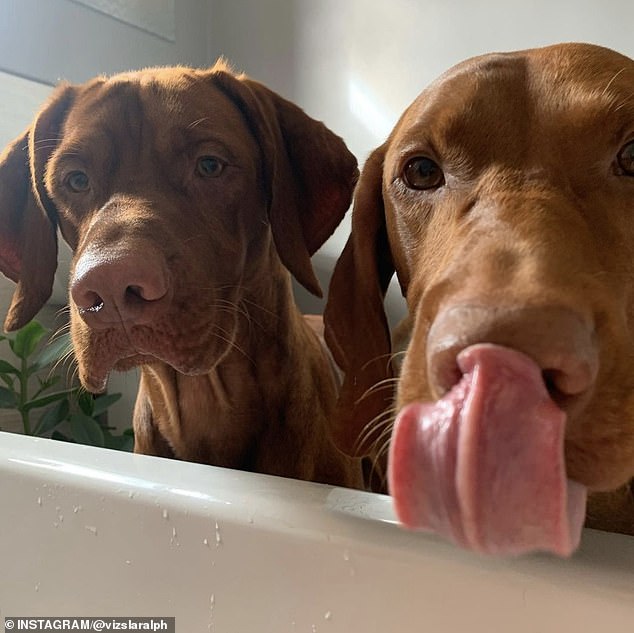 In a heartwarming moment, one dog rushes back to the window as he realises the bin man is coming back to give them treats

The video shows Ralph sitting on a cushion looking out the window and as soon as he heard the truck pull up, he quickly jumped off and ran to the windowsill where he was soon joined by Bruno.

As they watched the refuse collector pull the bins to the truck their tails wagged furiously with glee.

But after returning the bin he walked off again seemingly forgetting their treat, much to Bruno’s disappointment.

He looked noticeably downtrodden as the bin man walked away from the house to unload the rubbish into the lorry, and strolled off dejected while a hopefuly Ralph conitnued to stare out the window. 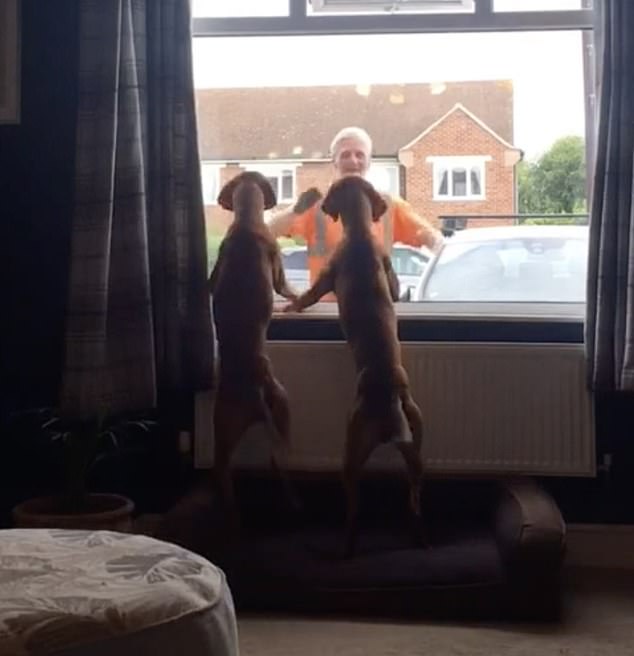 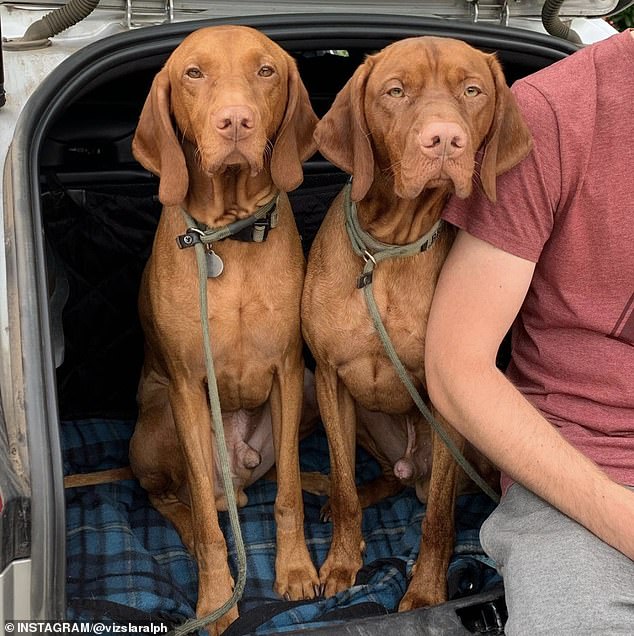 Then, in a heartwarming moment, they rushed back to the window as they realised the bin man was coming back to give them treats.

Beaming as he dropped treats through the window, it was hard to tell who was enjoying it all more.

Commenters could barely contain their adoration for the interaction.

One said, ‘This just proves that deep down, people are generally good.’

Another wrote, ‘When his tail stopped wagging, so did my heart, but yay!’

A third chimed in with, ‘Bin men—quiet heroes.’

‘My postman does this but with ALL the cats on his route. They come running when they see him,’ said a commenter.

One person wrote, ‘This made me cry and I have absolutely no clue why.’

To which the original poster replied, ‘It hit me right in the feels when I first watched it.’