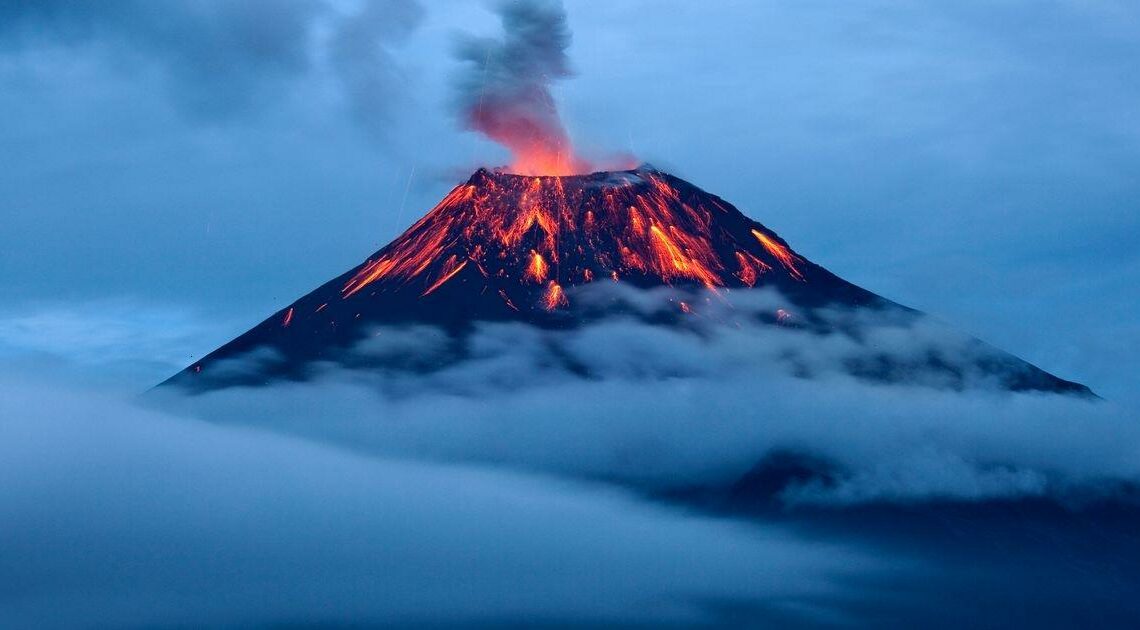 A doomsday preacher is warning volcanoes could soon cause the end of the world.

However, it is not the first time the preacher, who has more than 330,000 YouTube subscribers, has said we are all doomed.

In the last few months he has warned a solar eclipse over Tasmania would lead to demons walking the earth and a passing asteroid would wipe out the planet.

However, his latest prophecy at least has a little more basis in fact than some of his more outlandish claims.

A new report by the University of Cambridge's Centre for the Study of Existential Risk (CSER) identifies seven volcanoes across the planet which, if they erupt, could cause global economic catastrophe.

For example, Taiwan produces 85% of the world's computer chips and if a volcano in the North of the country erupted, it warns this could cripple the global tech industry.

It also suggests if Vesuvius in Italy exploded, a tsunami could potentially block off the Suez Canal. Earlier this year a single ship blocked the canal for just six days which caused global maritime chaos which the industry has still to recover from.

It also warns of the dangers of ash clouds stopping flights – as happened over the Atlantic in 2010 when an Icelandic volcano erupted – and under ocean communication cables being destroyed by eruptions which would cripple communications and bring large parts of the internet to a halt.

The report, published in Nature Communications, warns: "At the moment, calculations are too skewed towards giant explosions or nightmare scenarios, when the more likely risks come from moderate events that disable major international communications, trade networks, or transport hubs.

"This is true of earthquakes and extreme weather as well as volcanic eruption.

"Even a minor eruption in one of the areas we identify could erupt enough ash or generate large enough tremors to disrupt networks that are central to global supply chains and financial systems."

Commenting on the report, Pastor Paul uses more colorful language, claiming: "The world is on fire. California is having its second-ever biggest fire season, Greece is on fire and the whole country is burning, there are cataclysmic events everywhere including five earthquakes which hit Alaska and it is starting to get insane out there.

"The Atlantic ocean currents are also slowing down and that will wreak havoc on the earth.

"What is causing all of these things? Could it be the polar caps shifting as prophesized in Isaiah 24? Only now is the science catching up on the prophecy."

The Youtube preacher then goes on to advise his followers to buy gold in a paid promotion.

While the official report says governments and organisations need to plan for such events, according to Pastor Paul, they probably shouldn't bother.

He has now claimed the Taliban are "spiritually charged by the Anti-Christ" and with China's help are going to ride the four horses of the apocalypse into Israel and cause World War Three.