Home » Lifestyle » Watch Chris Hemsworth Go Swimming with Sharks: 'Should I Be Nervous?' 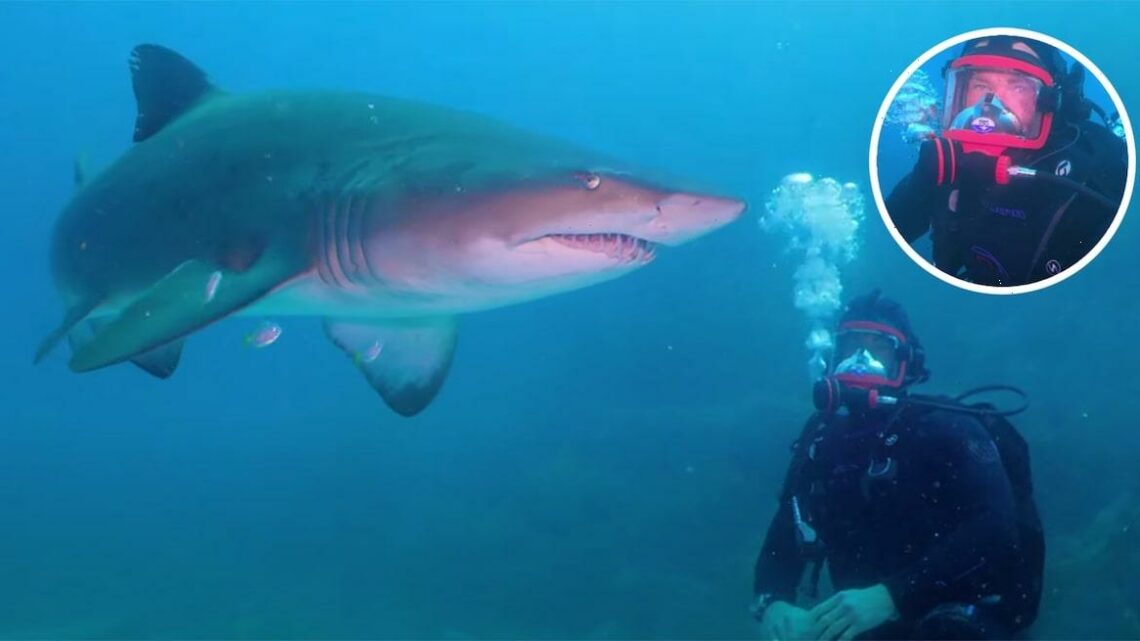 Watch Chris Hemsworth Go Swimming with Sharks: 'Should I Be Nervous?'

Chris Hemsworth has come face to face with many a ferocious foe in his time as Thor in the MCU, but this might be his scariest showdown yet.

The Marvel star is headlining his own special, “Shark Beach with Chris Hemsworth,” for this year’s Sharkfest on National Geographic. The one-hour doc will follow the actor as he teams up with conservationist Valerie Taylor for a shark dive in Australia.

“In Australia, where I live, we just had the worst spate of fatal shark encounters in a century,” he explains in a promo for the special. “As someone who loves sharks and being in the water, I wanna find out if we can live together without doing each other harm.”

He’s then seen suiting up with Valerie, as she warns him not to make any sharp movements when diving with nurse sharks. “Should I be nervous?” he asks.

In another clip from the special, he admits he’s a “total diving novice,” but adds that he believes he’s in “safe hands” with Taylor.

“40 feet underwater looking for giant sharks, I do wish I could see a bit further,” he adds, after going beneath the surface.

In the footage, a nurse shark approaches the duo, leaving Hemsworth in awe. “Coming face to face with them, it’s hard to put into words the serene beauty,” he adds.

According to a press release, the special will also show Hemsworth meeting with other “preeminent shark experts who are exploring new preventative measures and the latest technology to help stave off shark-human encounters.”