Keegan-Michael Key and Jordan Peele have gotten back together for starring voice-over roles in the new trailer for Netflix’s Wendell & Wild.

The exciting trailer is jam-packed with some amazing sequences, and we see the usage of 2D cutouts and 3D puppets, something that Selick employed in previous films. “We start with hand-sculpted stuff, and I work with 2D animators to figure out the expressions,” he said in an interview with IndieWire. “I don’t like that being done on the computer.” 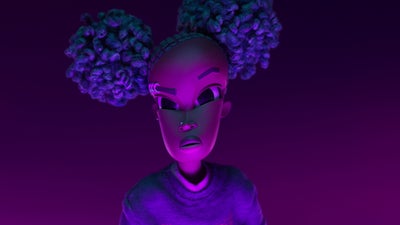 “I love origami, paper sculpture—this interplay between flat stuff and dimensional stuff,” Selick continues. “It’s a lot easier ’cause it’s flat and gravity is not the enemy as it is with puppets.”

Selick is no stranger to the field of animation. He is best known for his previous work which includes The Nightmare Before Christmas and Coraline. According to The Hollywood Reporter, the film has been in development since 2015 with Netflix landing the project in 2018.

The animated film is slated to debut at the Toronto International Film Festival next week, then it will premiere in theaters on October 21 before going to Netflix on October 28.

Take a look at the full trailer below.