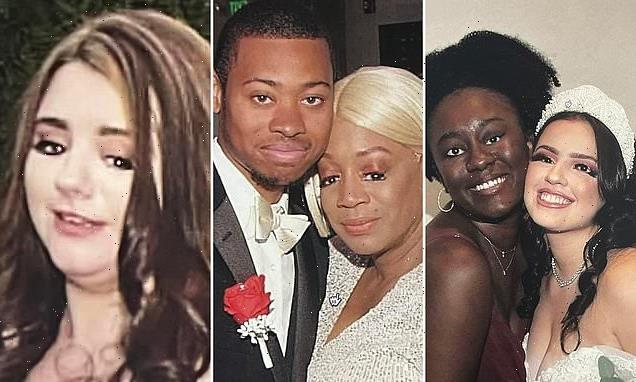 Eye do! Bride is left in hysterics after her wedding photos came back with ‘crazy eyes’ Photoshopped onto everyone who blinked

The exciting moment of seeing your wedding photos quickly turned to bafflement for one bride, who was left in hsysterics after received photos that had been bizarrely Photoshopped.

Anaya Ramos-Bridgeford, who lives in Pennsylvania, took to Facebook to celebrate her marriage to husband Jaylen with a selection of photographs taken on their big day.

But most of the people in the images, including the bride herself, had wonky eyes after the photographer sent the snaps to a company that edited pictures where people were blinking.

She admitted to feeling ‘upset’ about the blunder, but said she ‘couldn’t help but laugh’.

Many commenters admitted they had been left in hysterics by the photos of the guests with ‘crazy eyes’. 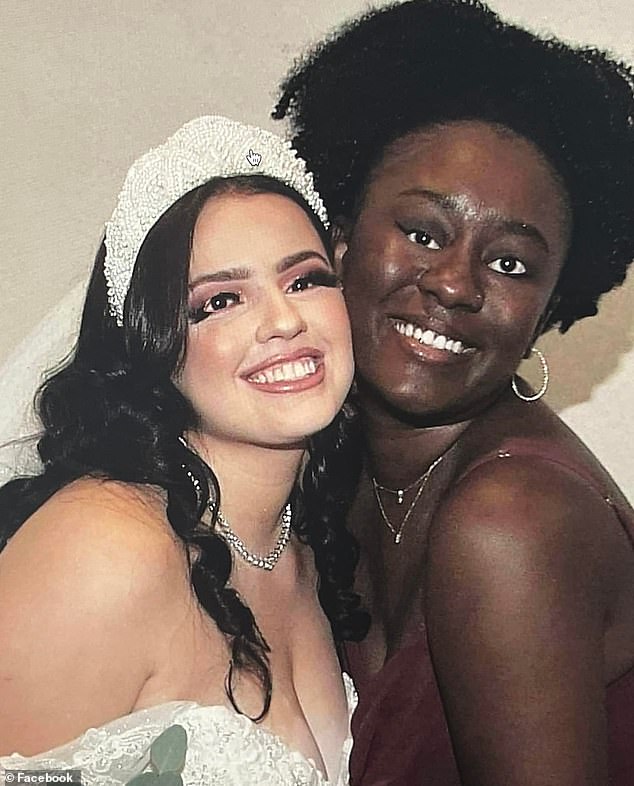 Anaya Ramos-Bridgeford (pictured left), who lives in Pennsylvania, has gone viral on Facebook after revealing her Photoshopped wedding photos 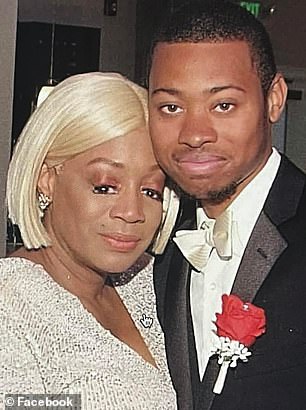 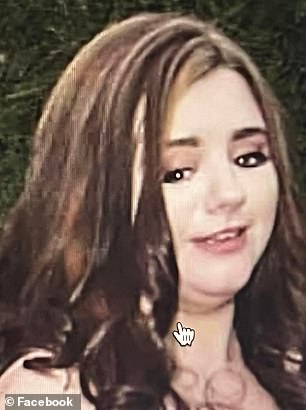 Anaya said her photographer sent the images to a company that Photoshopped eyes on everyone who blinked. Pictured left: The groom with a woman whose image was edited, right: A guest who was Photoshopped to look like her eyes are open 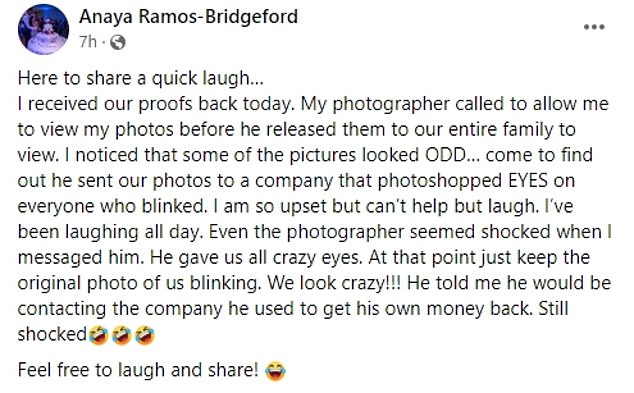 Posting on Facebook, Anya admitted she ‘upset’ by the Photoshopped images but couldn’t help but laugh

Anaya explained that she shared the photos on Facebook to make other people laugh, but told FEMAIL she didn’t expect to get ‘so many views’ on social media.

The bride explained that she and her husband had been dating since February 2018 after meeting on Snapchat.

The couple married privately on 2nd February 2022, before celebrating publicly with family and friends in a wedding ceremony on 2nd April 2022.

‘I received our proofs back today. My photographer called to allow me to view my photos before he released them to our entire family to view.

‘I noticed that some of the pictures looked ODD… come to find out he sent our photos to a company that photoshopped EYES on everyone who blinked.

‘I am so upset but can’t help but laugh. I’ve been laughing all day. Even the photographer seemed shocked when I messaged him. He gave us all crazy eyes. 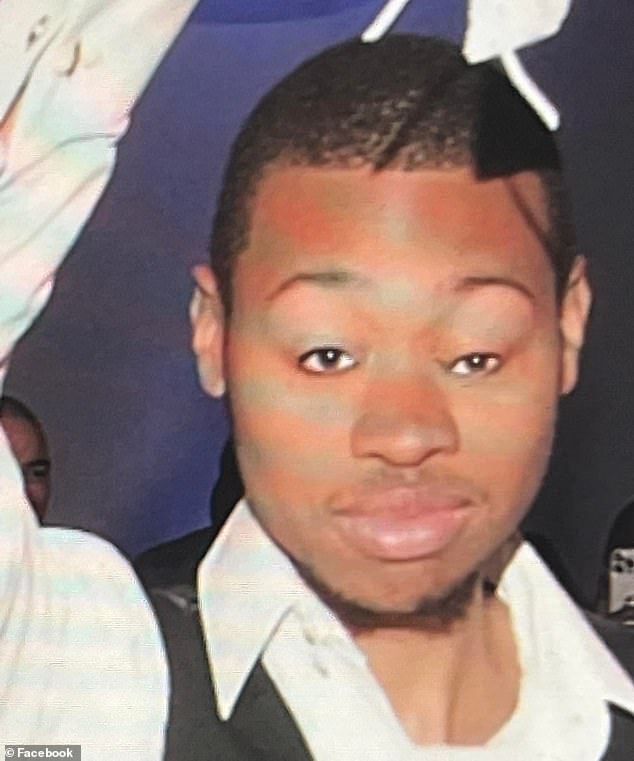 Anya married Jaylen earlier this year after meeting on Snapchat, a photo of him was also Photoshopped to have ‘crazy eyes’ 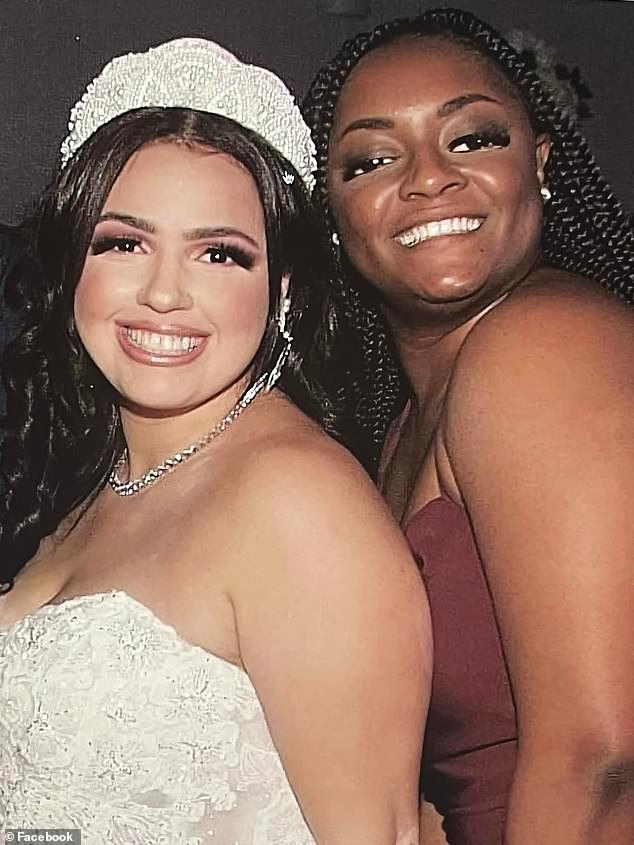 ‘At that point just keep the original photo of us blinking. We look crazy!!! He told me he would be contacting the company he used to get his own money back. Still shocked.’

One photo shows the newlywed alongside a friend with both of their eyes Photoshopped to look open, while the groom and other guests were also left with eyes of varying sizes and shapes in effort to disguise their blinking.

Commenting on the snaps, one person wrote: ‘This can’t be for real! I’m laughing so much I’m peeing myself’

A third added: ‘Thank you for sharing. I didn’t know this was a thing but holy moly.’