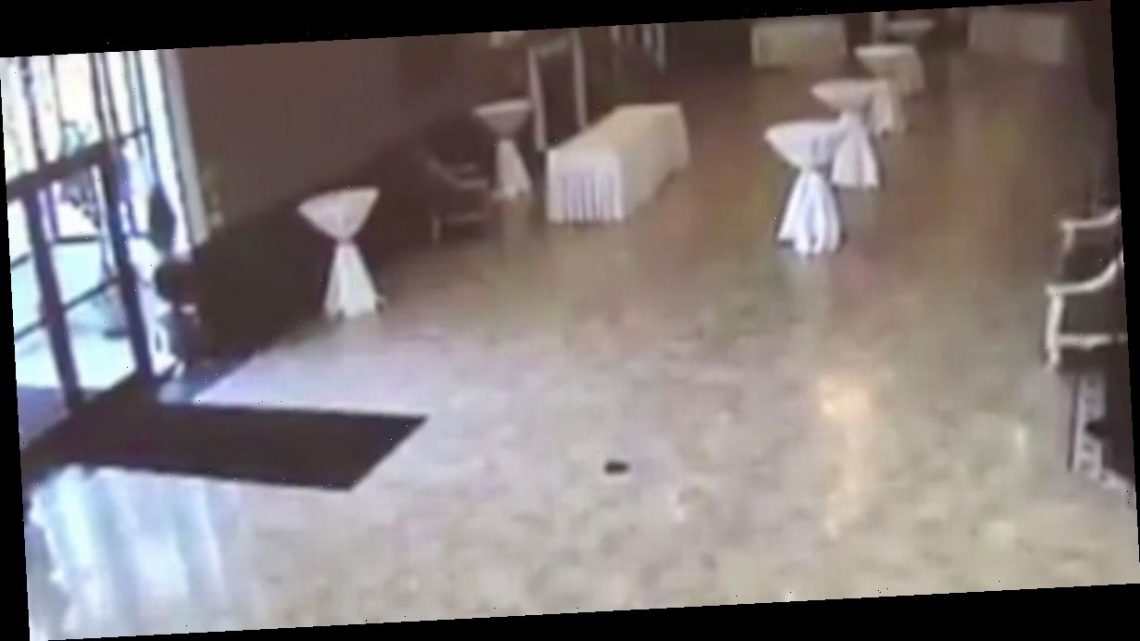 A wedding venue worker was left terrified after seeing all the doors mysteriously swing open by force inside the banquet hall on CCTV.

Reddit user HubbleVision said a former colleague once saw a little boy running across the room before feeling "chills". A year later, she made a spooky discovery on the venue's security camera.

In the footage, a manager is seen standing by the counter on the top left corner and there is no one walking, entering or leaving the room.

Several seconds later, at least three sets of doors including the main entrance, one at the back of the hall and one at the side, are open apparently of their own accord.

The manager seems shocked as he looks around to check the empty room.

The worker confirmed that all the doors are manual, meaning it could not be an electrical fault. He also said some of the guests verified the doors violently swinging open.

He wrote in the comments: "The doors opened while a party was going on and could not have been caused by wind. Very odd situation.

"Not sure if it was an area of significance. The property has a chapel. It’s tucked away in the woods near a lake so who knows what could have gone in years and years ago."

One eagle-eyed viewer noticed the table cloth at the back of the hall was lifted up as if "someone came out of it".

Others were not too convinced as they believed the manager appeared to be "chilling at the background".

"I would surely expect a more visceral reaction from someone who was physically there at the time," a viewer wrote.

The worker replied: "I wasn’t working that shift but he told me he was in shock, when they checked the cameras he was really shook for a while."

Another tried to debunk the possible causes and explained: "Doors opening or closing on their own are not very good evidence for paranormal things because many things can cause them, wind, electric malfunctions, shifts in the building, if they aren't level.

"In this case, I would suggest pressure changes in the room, if a door elsewhere in the area was closed, those doors could blow open from the force of the change in air pressure, especially if the door was closed hard.

"We only see one view, so it is not possible to rule this out."