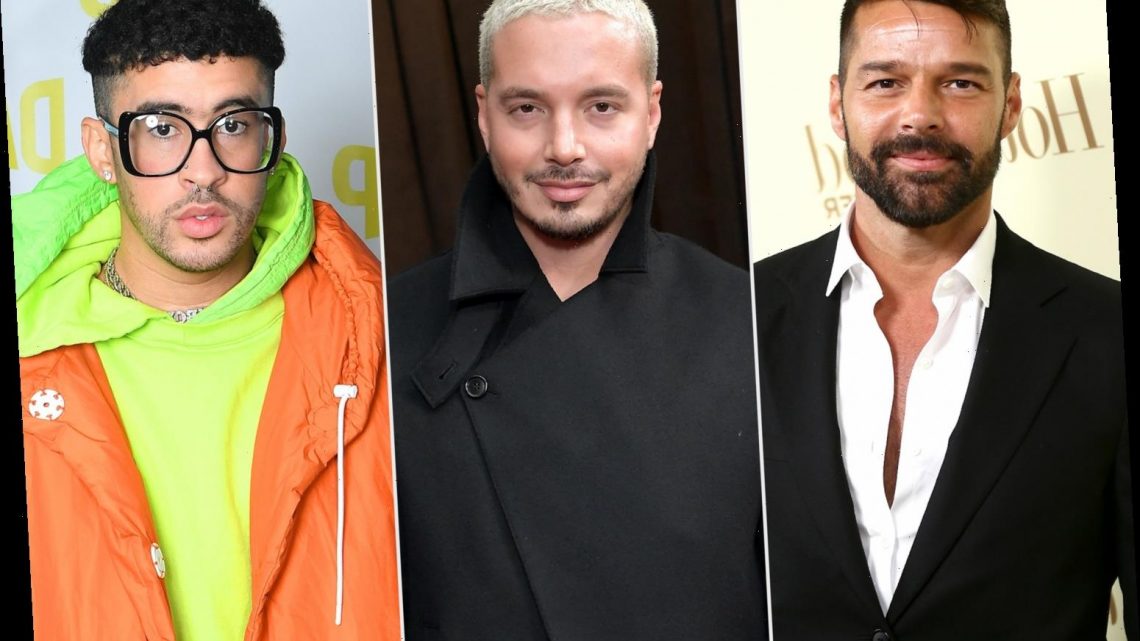 The "Latino gang" for sure!

From the chart-topping Bad Bunny to the OGs like Ricky Martin to artists like Selena Gomez tapping into her roots, the influence Latinos and reggaetón are having on the mainstream is undeniable — even if the number of Latin nominees at the Grammy Awards this year lag behind.

Talking to PEOPLE ahead of music's biggest night, Grammy nominees J Balvin and Ricky Martin reflect on what it means to continue to represent Latinos at awards shows like the Grammys.

Balvin was at home in Medellín, Colombia when he learned that "Un Día (One Day)," his collaboration alongside Dua Lipa, Bad Bunny and Tainy, was up for best pop duo/group performance.

"It was special to be able to celebrate with the people I love most," the 35-year-old tells PEOPLE. "Anyone that knows me knows I have been Latino Gang since day one. What makes me proud to be a Latin artist in 2021, though, is seeing how widespread our music has become in recent years. We've got the whole world listening now."

The Colombian star — whose 2020 album Colores won best urban music album at the Latin Grammys last year — has become one of the leading voices in the ever-growing reggaetón wave.

"It means the world," he says of being nominated for a Grammy. "A lot of people might not know the work that goes into what I do, but I've been pushing myself every day for over a decade."

"It's very rewarding when that work pays off and I get recognized for that effort," the three-time nominee adds.

Check out PEOPLE's full Grammys coverage to get the latest news on music's biggest night.

As for Martin, who served as a pioneer for the so-called "Latin crossover" in the '90s, returns this year to the award show with Pausa, which is nominated for best Latin pop/urban album. It's a category he's quite familiar with, as he won in it back in 2016 with A Quien Quiera Escuchar. "When you get nominated, it's the industry telling you, 'Hey Rick, you did a good job this year, congratulations.' Yes, I need that," the 49-year-old says. "When you walk into the studio, you say, 'This got a Grammy potential.' You hear the songs that do and the ones that don't. It's inevitable."

As a veteran himself, Martin relishes in the pride of seeing the new generation of Latino artists dominating the industry.

"It's like I'm a big papa and I'm seeing my son being successful," he says of his Puerto Rican compatriot, who, along with the "Un Día (One Day)" nomination, is nominated in the same category as Martin for YHLQMDLG. "This young generation of artists is coming full force with their instincts. Bad Bunny is the one."

"Numbers don't lie," Martin adds. "He is a leader, but he has his feet on the ground and I think that's why he is where he's at at the moment."

PEOPLE and Entertainment Weekly are also teaming up to bring you some glamour and award show speculation ahead of the Grammy Awards on Sunday, even if most of the nominees and guests will be at home wearing sweatpants.

The livestream will broadcast live from New York City and will feature celebrity interviews both virtual and in-person from the Grammys red carpet in Los Angeles. Daily Covid deaths plummet by 37 per cent to 52