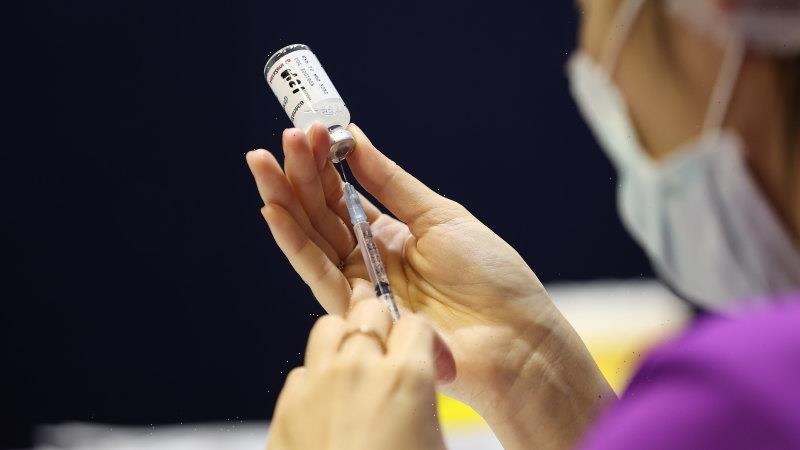 Political barbs have flown between Queensland and the federal government over the announcement that people under 40 could talk to their GPs about getting an AstraZeneca shot.

Peak medical groups have said comments from Queensland’s Premier and Chief Health Officer about the vaccine were “unhelpful” and people should stick to the Australian Technical Advisory Group on Immunisation’s advice. 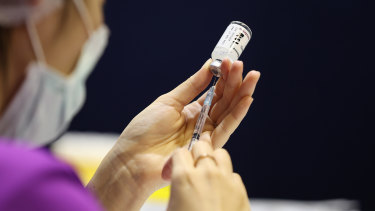 Young people can get the AstraZeneca vaccine if they understand the risks, medical experts say.Credit:Getty

What does the medical advice say?

The change in age recommendation was because the risk of the rare clotting disorder linked to the vaccine in people aged 50 to 59 had grown after seven new cases of thrombosis with thrombocytopenia were confirmed in that age group.

The risk of a severe case of the clotting disorder is low, but so far in Australia two people have died.

For those aged over 60 the risk of severe disease or death from COVID-19 is higher than in younger people, the advisory group said, so for older people, the benefits of AstraZeneca outweighed the risks.

Younger people could get AstraZeneca if they were not able to access Pfizer’s Comirnaty vaccine, the group said, with the benefits then outweighing the risks.

“No scientists that I’ve heard has said that AstraZeneca is a dangerous vaccine, because, yes, there are serious risks, but they’re one in 40,000. And the death rate [from clotting] in Australia is less than one in two million,” he said.

“The reason [ATAGI changed the advice] is because the benefit side of the equation changes. This idea that there’s so much more risk in vaccinating young people is just not true.”

What does this actually mean?

Dr Price said it was important for younger people to talk to their GP if they wanted to get the AstraZeneca vaccine.

“It is a complicated person-by-person, case-by-case discussion,” she said.

The Melbourne GP said she would first ask a patient what their level of understanding was of the vaccine and their risks of getting COVID-19. Next, she would go through the ATAGI information with them and discuss the clotting side effect, including how many deaths there have been, what the symptoms are, and how treatment and diagnosis works now we know what to look for.

“I have to be pretty convinced, the younger they are, that there was an urgent need for vaccination, knowing that at the moment AstraZeneca is one dose now providing 33 per cent protection against Delta and another 12 weeks before they get up in their protection,” she said.

GP clinics across the country were starting to receive Pfizer deliveries from today, Dr Price added.

“In two weeks time, I may well be able to give this person a Pfizer vaccine and complete the vaccination course in a month.”

While Dr Khorshid is an orthopaedic surgeon, he gets asked about vaccines every day. He said if people waited for Pfizer, they could be immune to the Delta variant faster than if they got AstraZeneca.

“I recommend that they have the Pfizer vaccine and they wait – they may not be delaying their coverage against Delta because Pfizer’s given three weeks apart,” he said.

But if his patient was anxious to get some level of protection sooner, and they understood the risks, he would be happy to give them AstraZeneca.

“Those who don’t wish to wait and who have weighed up the risks themselves and feel that they need to make a decision to be vaccinated now, that is not an unreasonable decision to make,” he said.

“If I’ve been through those risks, would I give them the [AstraZeneca] vaccine? Yes, I would.”