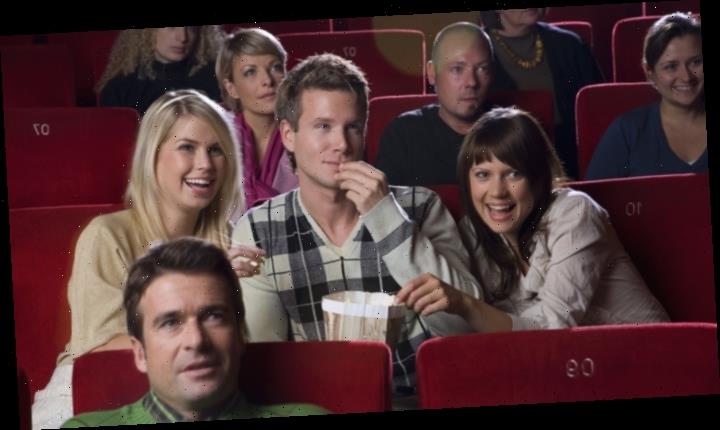 What Happens if Coronavirus Forces U.S. Movie Theaters to Close?

Theater owners argue that the movie business has survived for decades, enduring new challenges from “peak TV” and streaming, because it offers up a communal experience. Nothing, they maintain, beats watching a comic-book epic or a horror pic in a darkened room full of fellow movie fans.

But the same qualities that have helped the movie business withstand a shifting media landscape may have audiences steering clear of multiplexes during a public health crisis. There is a chance that movie theaters in the United States could close if coronavirus continues to spread, and the death count and infection rate keep rising.

“The last thing people are going to want to do is sit in a theater with a bunch of coughing people,” said Schuyler Moore, an entertainment industry lawyer with Greenberg Glusker. “That’s just not going to happen.”

So far, however, the exhibition sector has proved remarkably resilient. Domestic box office revenues are up over 3% from last year, even without crowd-pleasers like “Black Panther” or “Captain Marvel.” Industry experts note that several new releases, such as Paramount’s “Sonic the Hedgehog,” Universal’s “Invisible Man” and Sony’s “Bad Boys for Life” have actually out-performed expectations, a sign that people are still opting to spend time at the cinema.

“We’re seeing zero impact from attendance right now at the box office,” said Eric Handler, an analyst with MKM Partners. “In North America, we’ve been through SARS, Ebola, swine flu and we’ve never had to force a quarantine situation where exhibition closes down, so it seems premature to assume that it will now.”

Polling backs up Handler’s contention that there has yet to be a box office dip attributable to coronavirus. Half of consumers said they are neither more nor less likely to go to the cinema because of the disease, according to a survey of 2,200 Americans conducted by Morning Consult. If things change, however, people said they would avoid the movies. Of those surveyed, 62% said they would be less likely to go to the theater if coronavirus hits their hometown. If theaters do close, studios estimate that it could mean hundreds of millions of dollars in lost revenues.

“I just don’t think anyone knows what’s going to happen since this is a novel virus. Those other viruses had a small swelling of fears, but this seems a lot more major,” said Jeff Bock, a senior media analyst with Comscore. “You go to the store, and all the Purell is sold out. Maybe it is people overreacting, but we don’t know yet. We have to take it day by day.”

March and April aren’t known to generate big business at the box office, compared to summer months or around the holidays. But the industry is counting on popcorn season offerings like Disney’s “Black Widow” and Universal’s “Fast 9” to boost ticket sales in hopes of inching toward a record year. On Wednesday, James Bond producers announced that “No Time to Die” will postpone its release until late November because so many theaters are closed in areas like South Korea and China, where the disease has been most prevalent. “Mulan,” a live-action take on the classic Disney tale that cost $200 million, will debut this month. A spokesperson for the studio said the U.S. release date remains unchained, but it will open in certain foreign markets at a later date.

“If we’re talking summer into May and June, that’s a big issue,” Bock said. “That’s when Hollywood is rolling out some of the biggest titles. If that happened, it would be a huge loss for the entire industry and could push the needle more toward streaming.”

Right now, movie theaters are proceeding with caution, but insist that they are not making plans to turn out the marquee lights. For now, major theater chains like Cinemark are using the same protocol they had in place with SARS and swine flu. That includes disinfecting theaters once an hour around peak times, and cleaning door handles, cabinets at registers and counters. The company has also urged employees to not come to work if they don’t feel well. AMC, the country’s largest theater chain, is following direction of local authorities, while disinfecting theaters frequently and reminding staff to be meticulous about washing their hands. Both companies don’t think any closures would be nationwide. If they happen, it will likely only be in regions that are hit hard by outbreaks.

“It goes without saying that we are vigilantly monitoring reports and advice from governmental authorities in the United States and throughout Europe, as well as from medical experts,” AMC CEO Adam Aron said in a recent call with investors. “Of course, as you would expect, we will be a responsible player here, taking into account the safety of our guests and of our staff, but importantly, to report looking broadly at our circuit of 1,000 theaters across 15 countries visited a million times per day by moviegoers around the world. So far, so good.”

Eric Wold, an exhibition industry analyst with B. Riley, thinks it’s unlikely that theaters will close. If they are forced to shut their doors, a lot will depend upon what time of year that takes place. The winter and early spring is a slow time for the exhibition business, but if closures take place in the summer or over the Christmas holidays, it could be disastrous. It may also be a problem if theaters stay open, but people grow fearful about risking exposure by spending time at the cinema.

“The problem is that not only will studios have to make movies that are compelling enough to get them to go out of their homes, they’ll have to make good enough movies that people are willing to sit with other people when they’re scared about getting sick,” Wold said.