Home » What is Shavuot? Everything to know about the Jewish holiday this weekend. 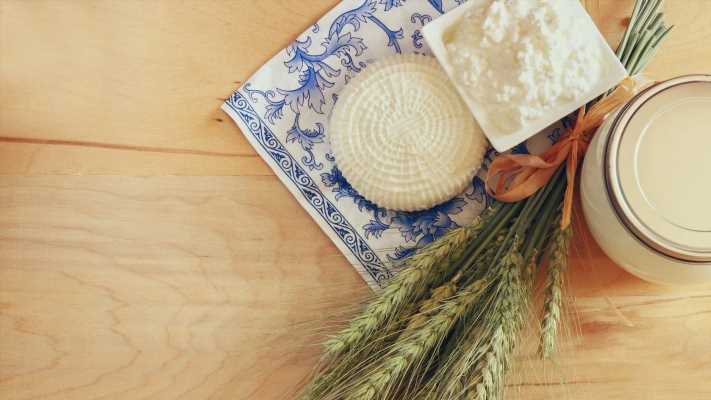 What is Shavuot? Everything to know about the Jewish holiday this weekend.

When you think of Jewish holidays, a few may come to mind. Hanukkah, Passover, Rosh Hashanah and Yom Kippur, maybe. But what about Shavuot?

The holiday – which means “weeks” in Hebrew, and is referred to as the “Feast of Weeks” – celebrates the Jews receiving the Torah (the Jewish bible) from God on Mount Sinai; it is the end of a seven-week (49-day) count called the Omer that starts during Passover, the holiday where Jews partake in seders and remember how they were freed from Egyptian slavery.

While some people may not be familiar with the holiday, it’s a significant one for Jews, explains Rabbi Motti Seligson, the director of media relations at Chabad.org.

Shavuot coincides with the grain harvest of early summer and is one of three pilgrimage festivals mentioned in the Torah. The other two are Passover and Sukkot. The grain harvest “was one of the three pilgrimage festivals of ancient Israel, when Israelite males were commanded to appear before God in Jerusalem, bringing offerings of the first fruits of their harvest,” according to MyJewishLearning.com.

Jews who observe the holiday of Shavuot typically self-reflect during the 49-day “Omer count” period and work on their spiritual growth.

In case you missed: Conversational chaos, prayers and hope: My Passover seder on Zoom in the time of coronavirus

The Hebrew and Gregorian calendars do not match up, so dates will vary each year in the U.S.

How is Shavuot celebrated? And why is it traditional to eat dairy on Shavuot?

Not all Jews observe each holiday the same way. “People have different levels of observance,” Seligson says. “The most observed Jewish holiday in United States is Passover.”

Still, Shavuot is a special holiday, Seligson says, and the main way of marking it is hearing the reading of the Ten Commandments from a Torah scroll.

Traditions also include staying up all night studying Torah and eating dairy.

“The morning of receiving the Torah, (the Jews) slept in, and in making up for that, we stay up all night, studying the Torah the first night of Shavuot, and really proving our worthiness and excitement and enthusiasm towards the Torah,” Seligson says.

On Shavout, typical dishes include stuffed blintzes and cheesecake. There’s a debate on the origins of why this food group is associated with the holiday. Some say the tradition is derived from directions in scripture and others say it came about because dairy was plentiful during spring harvests, according to MyJewishLearning.com.

Other customs include reading from the book of Ruth and adorning synagogues with fresh flowers, “in the spirit of how Mount Sinai miraculously bloomed just before the giving of the Torah,” Seligson says.

This may be the first opportunity for vaccinated individuals to gather for a holiday since the pandemic began. Of course, like with any holiday, celebrations can be amended to include at-home components.

CDC guidance on gatherings varies depending on the type of activity, how many people are invited and whether it is indoors or outdoors. Vaccinated Americans no longer need to wear masks indoors, except for crowded settings, according to a CDC announcement May 13.

Seligson’s favorite part of the holiday is its emphasis on togetherness. “For me, it’s really gathering with community to hear the 10 commandments, because the holiday really is about unity,” he says. “When the Jews were gathered at Mount Sinai there was a very strong sense of unity.”

Here’s What It Means When Your Legs Fall Asleep