Home » What It Really Means When You Dream About Spiders 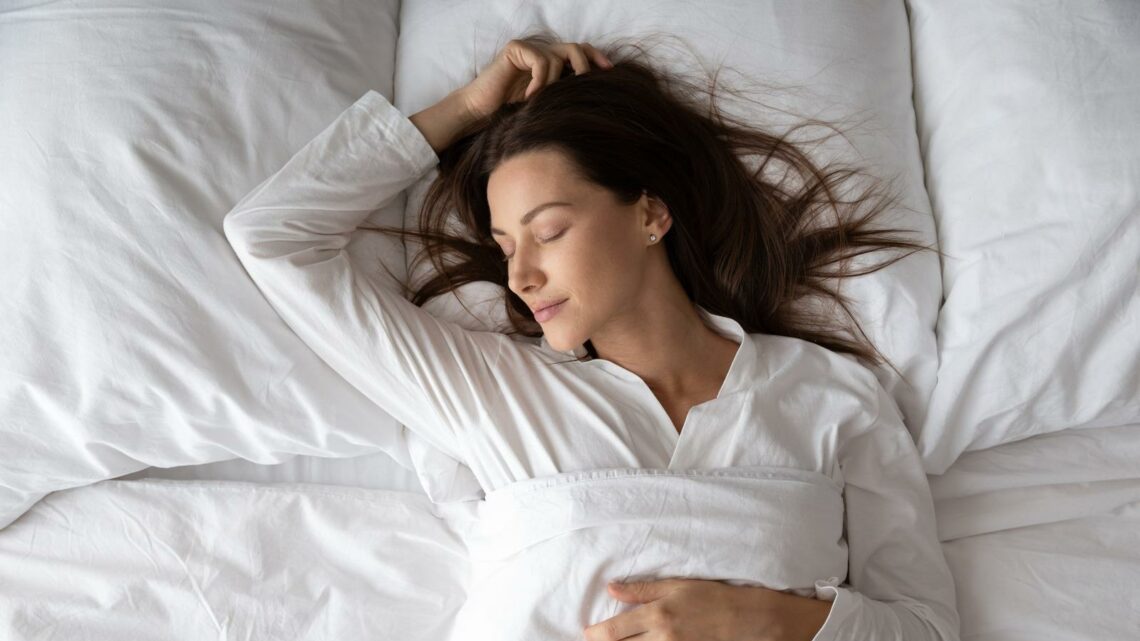 What It Really Means When You Dream About Spiders

We know. If you’ve seen spiders in your dreams, you’d probably just as soon forget all about it as soon as you open your eyes. Us too! In fact, if you’re afraid of spiders, you’re very far from alone; according to Psycom, arachnophobia (or fear of spiders) is one of the most common phobias. The word arachnophobia comes from two greek words:  “arachne,” meaning spider, and “phobos,” meaning fear. Interestingly, one reason this fear is so common could be that there is an evolutionary, logical reason for it. According to Alan Manavitz, MD, clinical psychiatrist, “We know many species of spiders are poisonous and bite, and we know this from direct experience, science, biology, TV, and seeing other people get bitten.” He explains, “Therefore, when we see a spider near us, a natural response is to feel fear and avoid the spider.”

However, those living with arachnophobia can experience this fear so intensely that it can interfere with their daily life; they might be too afraid to step foot into their basement or into their garage just on the off chance that a spider will be lurking there. Interestingly, even though we often associate spiders with fear and with death (just look at how they are portrayed in popular series like “Lord of the Rings” and “Harry Potter”), when it comes to dreams, like so many other things, spiders are not always what they seem.

While spider symbolism is complex and cross-cultural, and so there is a lot to unpack if you are dreaming about them, if you are afraid of spiders in your waking life, then seeing them in your dreams can sometimes relate to fear or to a threat being played out in your dreams (via Aunty Flo). Seeing a spider web or encountering spiders in your dreams and feeling anxious or fearful in the dream can mean that you are feeling trapped or threatened by something in your waking world. Webs are known to trap the spiders’ prey, and the more the prey struggles, the more stuck they become. Is there a situation in your life that is making you feel stuck or trapped? Do you feel something is sneaking up on you, unseen?

Another thing we associate with webs is the term “web of lies” or “web of deceit.” In your waking life, are you experiencing trust issues in a personal or professional relationship? Is there someone or something that you feel has less-than-honorable intentions with you? Seeing or being caught in a spider web can be a warning to pay attention to what or who is making you feel mistrustful or trapped.

The upside of spiderwebs

Interestingly, encountering or seeing a spider’s web in your dream isn’t necessarily a bad sign, depending how you’re feeling in your dream. Spider webs are intricate, detailed, often-beautiful creations. As such, they can represent creative energy or your desire and drive to make something meaningful or utilize your talents to build something, literally or figuratively (via Bustle).

Spider webs come in a few different forms (via Aunty Flo). What we often imagine (or see in dreams) is called an “orb” web, the type you see stretched between trees in the woods that look like perfect, silken dreamcatchers glistening in the sun. If you see this type of web in your dream, then creativity is likely to be the meaning. It can also mean that events in your life are happening quickly (this type of web, as intricate as it is, is often built overnight). If you see a “sheet” web, which is the sort that looks simply like straight fibers stretching from one point to another, it may represent your need for clear and direct communication in a given situation or between yourself and another party. If you see a funnel web, it could mean that you are entering onto a path at the end of which will be a problem you will be forced to encounter (just like a spider awaits at the end of a funnel web). Cob webs, which are abandoned spider webs, mean that you are intent on moving forward in your life, leaving old dreams, old plans, old homes behind.

If a spider bites you in your dream

What the spider in your dream is doing and how you are relating to it has a lot to do with the interpretation of the dream as well. If you dream about a spider biting you, it might not be as terrible a sign as it may seem. In fact, it means you might want to think back to the last couple of days in your waking life. Did you get in touch with a painful feeling, maybe something that had been buried or something you had been avoiding or hiding from? That bite, the moment the pain happens, can represent the moment you encountered that “pain” in your waking life (via The Cut).

Author of the book “Bird of Paradise: Taming the Unconscious to Bring Your Dreams to Fruition,” Jane Teresa Anderson, explained to The Cut: “The bite is when you actually get in touch — particularly if it’s on your hands, because it’s usually your hands that touch things — with something painful that’s happened … So a spider biting you might be, ‘Yep, that thing that I thought was hidden or in the dark corners, or that feeling I had that I might get trapped, I can feel it now. It’s bitten me, I’ve got it.'”

What if you dream of a giant spider? Think Shelob from “Lord of the Rings” or Aragog in “Harry Potter”: the imagery of a giant, monstrous spider runs through our stories, our culture, and our collective psyche. Why? And what does it mean if you encounter one in a dream? According to Journey Into Dreams, to see a giant spider in a dream is to encounter a symbol that tells you an issue in your waking life is becoming “too big” to ignore. If there is a problem you have been trying to put off or sweep under the rug, this is your sign that you can’t avoid it; it will rear its ugly head and make you deal with it if you don’t deal with it yourself soon. Interestingly, this meaning makes sense at the point where giant spiders show up in the aforementioned stories and movies, as well.

Similarly, if you dream of many, many spiders or if you dream of spiders crawling on you (*shivers*), it also can mean there is something you just can’t ignore. According to The Cut, multiple spiders crawling on you can be indicitive of your emotions overtaking you, or a situation becoming overwhelming. Interestingly, ancient dream analysis suggests that because spiders rely on their sense of touch to understand the world around them, dreaming of being touched by spiders means you are lacking information and seeking to better understand something or someone (via Aunty Flo).

If you kill a spider in your dream

If you dream about killing a spider, this has much to do with how you feel about spiders in your waking life and how you are feeling in your dream. If you are afraid of spiders, or if you feel victorious in the dream after you kill the spider, this can be a sign that you have successfully overcome a situation in your life that was feeling dark, frightening, or threatening. Killing something in a dream literally means to “end” something, or to finally ensure something is over (via Cosmopolitan). As such, killing the spider in your dream and feeling safe, free, or satisfied afterwards is a sign that you have ended a cycle or situation in your life, and you are healthier or happier for it.

If, however, you are someone with a fondness for spiders, if you keep them as pets, or if after you kill the spider you feel something other than positive, like guilty, sad, etc., the dream can have an altogether different meaning. Be careful not to “crush” anything or anyone weaker than you or anything or anyone you care about under the “foot” of your ambition or because of fear.

The spider as a symbol of feminine power

Perhaps most interestingly, even though we so often associate spiders with negative meanings, in many cultures throughout history, the spider has been a symbol of feminine power. If this makes you balk because you can’t imagine how that creepy, crawly thing in the corner of your room could possibly be associated with all the beauty and power of the divine feminine, we get it; but hear us out for a second. Because of their ability to create intricate and beautiful webs, they are often associated with creation (via The Mind Fool). Women, inherently, possess immense power of creation thanks to our wombs, so this makes sense. Further, spiders are associated with patience, bravery, and determination. Why? Well, consider again that web. If you knock a web down, it is likely a spider will rebuild overnight; they are determined. No one can tell when food will get caught in the web; the spider must wait. And wait she does, with patience and with certainty that all she needs will come to her at the right moment. It’s really quite beautiful when you think about it.

So if you dream of just watching a spider build a web, or sit in a web, you may actually be receiving a message from your higher divine feminine self to step into your power and trust your ability to create exactly the life and the dreams you desire.