Home » Lifestyle » When I moved into student halls, I met the housemates from hell

When I moved into student halls, I met the housemates from hell 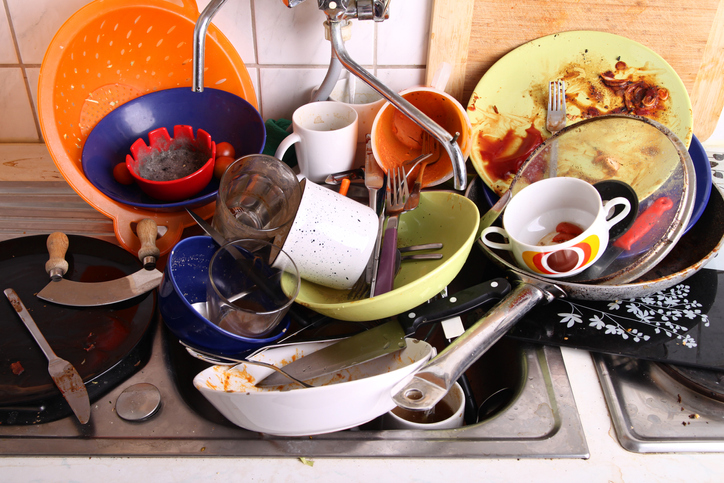 The cream of the crop was the charmer who made an alarmingly regular occurrence of wandering around in scarily revealing bottoms with a protruding post-coital erection.

The final straw was when the aforementioned boner-owner left a layer of cheesy gloop in my brand new wok for three weeks while everyone was away. The resultant blue-green mess still haunts my nightmares.

But his transgressions pale in comparison to the health hazard hell I lived in last year.

I had unusually high hopes going into this flat for my postgraduate year.

I’d never lived in student halls before and, despite being slightly older at 25 compared to everyone else at 21-22, I thought the experience was one worth having.

It took an entire year of saving to afford even the most basic room on offer. No biggie, I thought. The course was billed as one of the most intensive on offer, so my time spent there would be minimal anyway, and only the kitchen was shared with my six flatmates.

And initially, they were lovely. We spent a few nights getting to know one another with little bonding activities and parties. But somewhere along the way, everything changed.

It started when one housemate threw out another’s saucepan. After weeks of back and forth over the lack of speed taken to wash up, they snapped and threw the dirty crockery, cutlery and saucepan in the bin. The bickering led to a tit-for-tat exchange, with food and spices the next to take the hit.

As relations worsened, so did the state of the kitchen. As well as the general uncleanliness and the dirty dishes, more food was being left out, and open, too.

And the housemate who had discarded the saucepan had a tendency to invite multiple guests over. Most weekends anywhere from three to seven strangers would descend upon the kitchen table for hours.

Before they arrived, raw meat would adorn the countertops. A host of vegetables waiting to be prepared would sit alongside them, usually under the feet of one of the thousands of flies that had made our kitchen their home.

And after they left, In their wake, a bomb site of spilled food, half-full pans and used plates would adorn every surface of the kitchen, sometimes for days on end. The kitchen was unusable.

I resorted to a combination of microwave meals, soups and eating out. Anything that kept me out of the kitchen for as much of the day as possible. I stopped buying fresh food, keeping as much tinned or non-perishable food in my room. I was like an end of the world prepper.

When a few weeks passed without anything getting better, I began moving mugs, bowls and plates into my room as well.

Everyone in the flat refused to take responsibility for the mess. Each time anyone was confronted about having a gathering, a war of words ensued. Tempers flared, at one point there was a threat of involving lawyers over one calling another a ‘dumb f**k’.

But when the dust settled, nothing changed. It was still a mess. People were still rude and inconsiderate.

Bags of rubbish stacked five-feet high. Food was left rotting in the fridge. I found myself returning from weekends away, messaging the group chat, ‘Well, it was f**kin’ one of ya’s!’

Truthfully, I don’t think I handled it well. My initial reaction was to shy away from the situation, rather than confronting it. It started to have an impact on my mental health.

It’s not hard to see why. Unable to cook for myself, I was eating out more often. That had a negative impact on both my diet and my bank balance. The former saw me rise to my highest weight ever, while the latter made it far tougher to enjoy time with my friends and travel home to see family.

The whole situation took me to one of the darkest points in my life. I was removing myself from my friend group regularly, spending more time isolating myself. For a brief moment, suicidal thoughts even crossed my mind. My grades fell off pretty dramatically and I was drinking much more heavily to cope with my mental health.

Leaving the flat and staying with other members of my family made a massive difference. I was able to cook again, there were no bugs in the kitchen and I could touch surfaces without getting caked in filth.

I’m turning my diet and fitness around, albeit slowly. And although I never plan to live in a student halls again, I am glad I did.

Thankfully, I had other places I could move to. I made the decision to leave early, and, while it’s frustrating, looking after my mental health has to be the most important thing.

I hope I never have to live with strangers again. It’s sad, because some of my closest friends have come from these random arrangements. But this experience has reminded me that, for every gem, there are a thousand pieces of broken glass.

I really do believe that living in this situation has made me more appreciative of simple things (like clean worktops). It didn’t kill me, thankfully, and I do feel much stronger.