Home » Lifestyle » When I received an unsolicted d**k pic, with him sat on the toilet, I threw up a little in my mouth 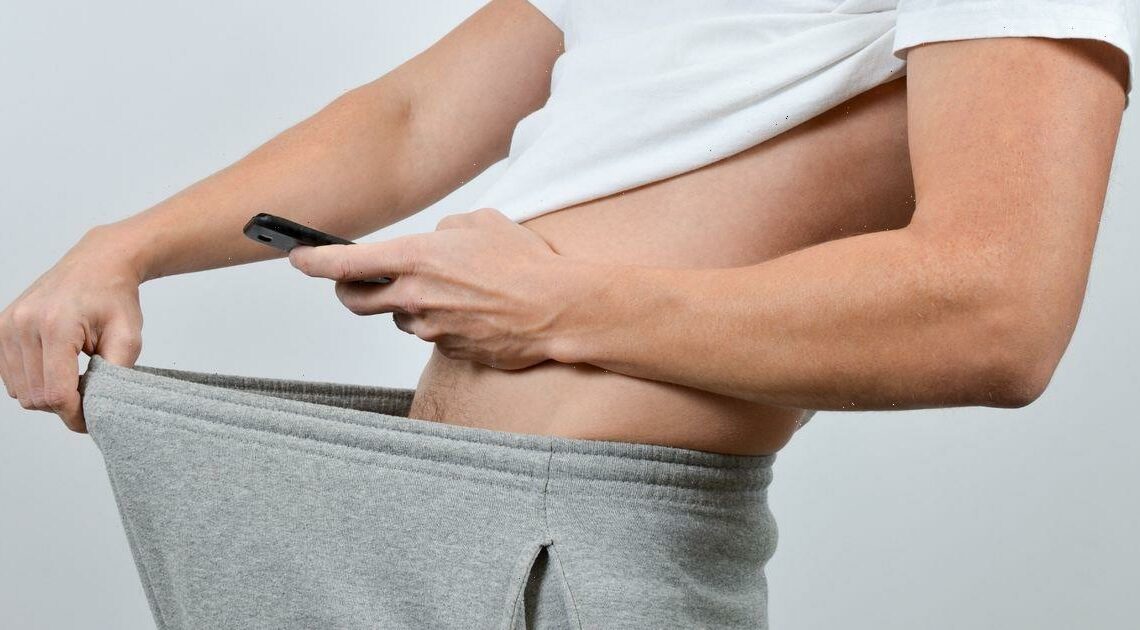 When I received an unsolicted d**k pic, with him sat on the toilet, I threw up a little in my mouth

A few years ago, I met a man on Bumble. He was beautiful looking, and he seemed to have a personality to match. It’s quite rare to meet people on the apps who tick all the boxes and who you can get a really good conversation going with, so I was excited. We spent the next couple of days intensely WhatsApping back and forth, as you do, and it was lovely.

He seemed really interested in getting to know me, and the chat was totally wholesome, no premature sex talk or creepy vibes. Until one Wednesday night at around 7.45pm when completely out of the blue he decided to send me a picture of his penis. There was absolutely no context to it, no prior discussion about genitals, no moments in the conversation where I had enquired about the well-being of his testicles, literally no lead up – just a surprise out of context, unsolicited willy.

Are you part of an OK! VIP? If not, why not? It’s free and gives you backstage access to stories like this, exclusive home tours, special discounts and so much more! All you need to do is pop your email address below! P.s. if you’re already seeing this article in full, congrats – you’re already on our guest list!

To make matters worse, far worse, he was sat on the toilet. The photo showed his socks and sliders, his chequered boxers around his ankles, his thighs spread out on the loo seat, and his hard penis gripped tightly in one hand, surrounded by wispy ungroomed pubes. It completely put me off my dinner. I replied saying “WTF!!! Why have you sent me this??” and he said: “I thought you would like it.” I didn’t bother to ask what on earth made him think I would enjoy that, or why he had an erection on the toilet, I just threw up in my mouth a little and then blocked him.

This is not the first time this has happened to me though, sadly this weird phenomenon is not uncommon at all. In fact, most women I know have been sent an unsolicited dick pic at some point in their lives and 98% do not enjoy it (I did a poll on my IG to confirm this). I have been sent several, both from people who I’m talking to and from complete strangers on social media and I think I’ve only seen one that looked mildly attractive. Most of them look absolutely pathetic. Especially if they have dirty mirrors or a messy background, or they are posed in an extremely awkward way.

For me, the very thought of a man taking selfies of his own penis, is a massive ick trigger. I really hate the visual imagery it gives me of him, parading around with his dick in one hand, phone in the other, wanking a bit to remain semi hard whilst he poses; thinking to himself ‘She’s going to LOVE this.’ It’s such a turn off. And it’s such a shame. It’s hard to take them seriously after an unsolicited dick pic. They ruin a perfectly good thing because they can’t keep their penis in their pants. Such a turn off.

The journal of sex research published a study in 2019 which looked at the reasons behind what motivated men to send ‘d**k pics’. Their research showed that most men sent them with a transactional mindset – they were sending in the hope that they would receive something back. They believe that they are doing something good, and they hope for a positive reaction. Most of them do it in the context of partner hunting, they believe that throwing out a picture of their willy will attract a mate, or a hook up at the very least.

The study also determined that ‘Men who reported having sent unsolicited d**k pics demonstrated higher levels of narcissism and endorsed greater ambivalent and hostile sexism than their non-sending counterparts.’ This makes a lot of sense. Narcissism and sexism often go hand in hand. Narcissists believe that they are superior to everyone, and they lack the empathy required to see things from the perspective of others, so it is common for them to be racist, sexist, homophobic etc.

It is unlikely that there are many men in existence who haven’t seen women talking on social media about how much we hate unsolicited penis pictures, so for someone in 2021 to still believe that it’s a good idea to send is a sign that they are not listening to women. Their narcissism makes them believe that their willy is superior, and that even though we don’t like other men’s pictures, we will surely like theirs; and their sexism means they really don’t care whether you like it or not and that if you don’t like it, it’s because you’re just a silly immature woman.

The research showed that most of the men who sent unsolicited dick pics wanted the recipient to feel sexual excitement, they expected a positive reaction. However, a small number of research participants wanted to elicit feelings of fear, shock, or disgust. Around 10% said that ‘sending dick pics gives me a feeling of control over the person’ and 6% said that they ‘did not like women and so they found sending dick pics satisfying.’ These reasons are much more in line with the reasons why men indecently expose themselves to strangers in real life.

Flashing is often seen as a low-level crime, a weirdo in a dirty mac getting his thrills by shocking random women. However, indecent exposure should not be trivialised, not least because of the impact on victims, but also because it is often a pre-cursor to more violent sexual crimes. The dopamine high a flasher gets from shocking his victims eventually subsides, and he then needs to progress to achieve the same rush. A high-profile example of this is Wayne Couzens who was allegedly caught exposing himself publicly on two occasions prior to murdering and raping Sarah Everard.

Sadly, it is treated as a low-level crime and it is often not taken seriously enough by police, but at least it’s a crime in law, whereas cyber flashing isn’t yet a specific offence in the UK, despite its prevalence. If you receive an unsolicited penis picture then you can report it under the malicious communications act, but nobody has ever been prosecuted in the UK for sending one. If there was a specific law in place, then it is likely that men would think twice before sending.

The truth is that most of us who have received them from people we are talking to probably wouldn’t want that person to end up in prison or with a criminal record. We know that he has probably sent it for the transactional reason, and that he is just a prat who has no real idea of how to seduce women and no concept of how silly he looks holding his penis up to a Sky remote to show it off. But the problem is that this allows that 6% who are doing it for more sinister reasons to slip through the net.

I believe that unsolicited dick pics are a big red flag, not least because sending them means the person is more likely to be a sexist narcissist who may also have sex offender tendencies, but because it just shows that they have no clue about how to interact with a woman through normal communication. It’s also a big indication that they don’t want anything more than a hook up.