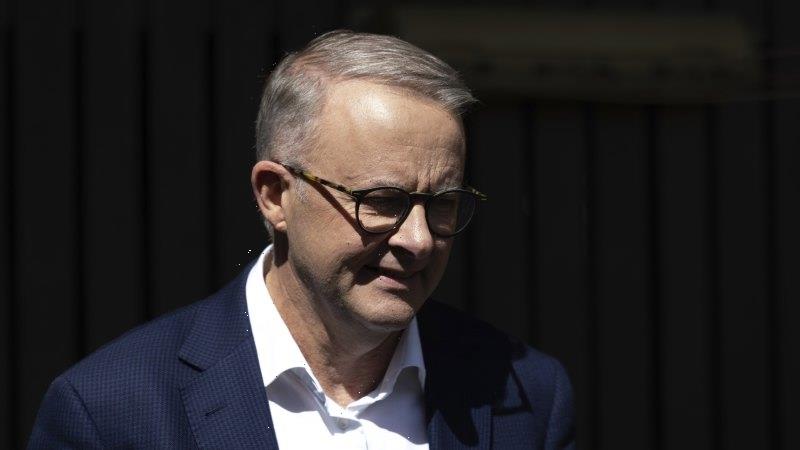 On Anzac Day, we gather in the dark of the early morning, just as those courageous Anzacs did in 1915.

We think of them, huddled in their landing boats so far from home, wondering just what the dawn would bring – or indeed whether they would ever feel the rays of the sun again.

That morning is now more than a century distant from us, but its hold on our hearts does not soften. 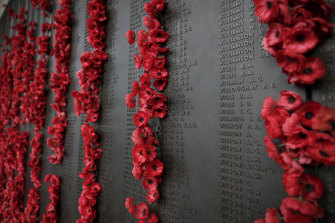 Poppies on the Roll of Honour at the Australian War Memorial in 2020.Credit:Alex Ellinghausen

In my own electorate nearly a year later, on April 23, 1916, the people of Balmain unveiled one of Australia’s first war memorials, and on it they began recording the names of those whose voices and laughter would never be heard in these streets again. Among them is Private Cecil Robert Winch, who lost his life at on that very first day at Gallipoli.

On memorials across Australia, the lists of names have just kept growing. Maybe, in the busy hum of daily life, these names have receded into the background. Take a moment today and read some of them, look them up and see their faces.

Just as Gallipoli was not our first fight, it was also not our last. The war that was meant to end all wars turned out to be a precursor to future horrors.

I often think of my mentor, dear friend and Labor giant, Tom Uren. As a prisoner of war, he saw the very worst of humanity – yet he also saw some of the very best. As Tom put it, his fellow Australian PoWs survived because of a simple code: The healthy looked after the sick, the strong looked after the weak, the young looked after the old.

As Tom held up the past to us, he held out the hope of a better future.

That is the spirit that brings us together on Anzac Day. To pay tribute and to remember because there are some things we cannot afford to repeat. And to take the hope of a better world – a hope that they allowed us to have – and turn it into reality.

Through the decades, Australians have stood steadfast as warriors, and as builders and keepers of the peace. Even when things are at their bleakest, Australians ensure that humanity prevails. Yet, as the war in Ukraine so tragically reminds us, freedom cannot be taken for granted.

As we attend dawn services across Australia and watch the marches, we remember those who have paid freedom’s price. Just as the rituals of today touch our hearts, we hope they can somehow touch the spirits of the fallen.

We also think of the many still paying its price. For so many, the war does not end when they leave the battlefield. Just as we owe a great debt to those who made the ultimate sacrifice, we are indebted to our veterans. As they stepped up for us, we must step up for them.

We give our thanks to all who have served. As we gather in the dark, we remember that because of them, we await a brighter dawn.

Anthony Albanese is the leader of the Australian Labor Party

Jacqueline Maley cuts through the noise of the federal election campaign with news, views and expert analysis. Sign up to our Australia Votes 2022 newsletter here.

When enemies become friends: How a prisoner of war found his Aussie home