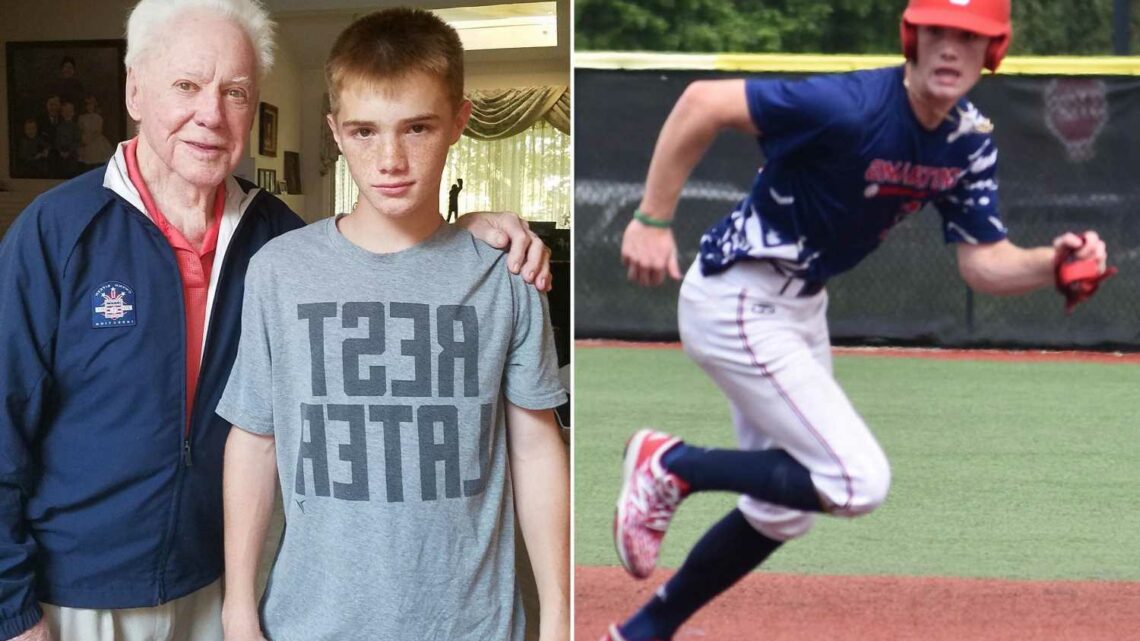 It's OK for Jacob deGrom to skip MLB All-Star Game

At the age of 3, Michael Sirota took batting practice off his grandmother’s pitching and put on enough of a show to grab the attention of his grandmother’s brother-in-law — Michael’s great uncle — whose grandchildren had all opted out of baseball in favor of lacrosse.

“He looked at me,” Kelli Sirota, Michael’s mother, recalled Tuesday in a telephone interview, “and said, ‘Please, no lacrosse net. Just a bat.’”

At that point, the Sirotas first realized Michael could be something special. After all, how many preschoolers get scouted by Whitey Ford?

Yes, the Yankees icon, whom the 2021 Yankees are honoring with number 16 patches in recognition of his passing last October, would no doubt be excited about his grandnephew, who has put himself in position to be selected likely in the top 10 rounds — and possibly even the top five — in this year’s amateur draft, which begins Sunday. The righty-hitting-and-throwing Sirota, who grew up in Queens and attended the Frederick Gunn School in Connecticut, is preparing to be selected as a center fielder

“What Mike has is some of the stuff that you don’t teach: His instincts, his confidence,” said Sirota’s hitting instructor Gabby Martinez, who played 14 years of minor-league ball, including in the Yankees’ farm system in 1997 and 1998. “The way he can make adjustments, he’s a six-tool player, he’s so smart.”

Mike Sirota has accepted a scholarship to play baseball for Northeastern University in Boston, giving him options in this process. Northeast high school players, the weather limiting their reps, often choose college ball, and Sirota’s exposure was further compromised by COVID-19 during his junior year and a fractured left hand suffered during his senior season. He participated in the recent draft combine in North Carolina and also has played for the New York Gothams, who play under the Perfect Game umbrella, coached by Vito Altamura.

“I’m trying not to think about it too much,” Sirota said of the draft process.

The Sirota family boasts of photos with little Mike and Whitey, who unfortunately suffered from Alzheimer’s in his final years. Kelli Sirota said of her uncle, with whom she was very close, “He was the best,” and Mike’s father, also named Mike, described Ford as “a great guy, great people.” He was more of a cheerleader than a teacher to young Mike, the Sirotas said, although he did advise Mike not to try pitching “until he had whiskers,” according to Kelli. Mike pitched minimally in high school.

The senior Mike Sirota roots for the Mets, yet his son chose the Yankees as his favorite.

“I told Michael, when he has an uncle who’s a Mets Hall Of Famer, he can be a Mets fan,” Kelli Sirota said, laughing. “Until then, he can be a Yankees fan.”

Of course, if Sirota winds up turning professional this summer, he and his family will immediately adopt whatever team chooses. Surely his Great Uncle Whitey would approve.

This week’s Pop Quiz question came from Konrad Delfini of Nutley, NJ: Name the Baseball Hall of Famer who served as a technical adviser for the 1951 film “Angels in the Outfield” and also made a cameo appearance.

The Lou Gehrig NFT that I wrote about last month is currently available for auction until Thursday at 7 p.m. Eastern. Meanwhile, the New York Sports Hall of Fame acquired a different Gehrig NFT for its collection.

If you have a tidbit that connects baseball with popular culture, please send it to me at kdavidoff@nypost.com.