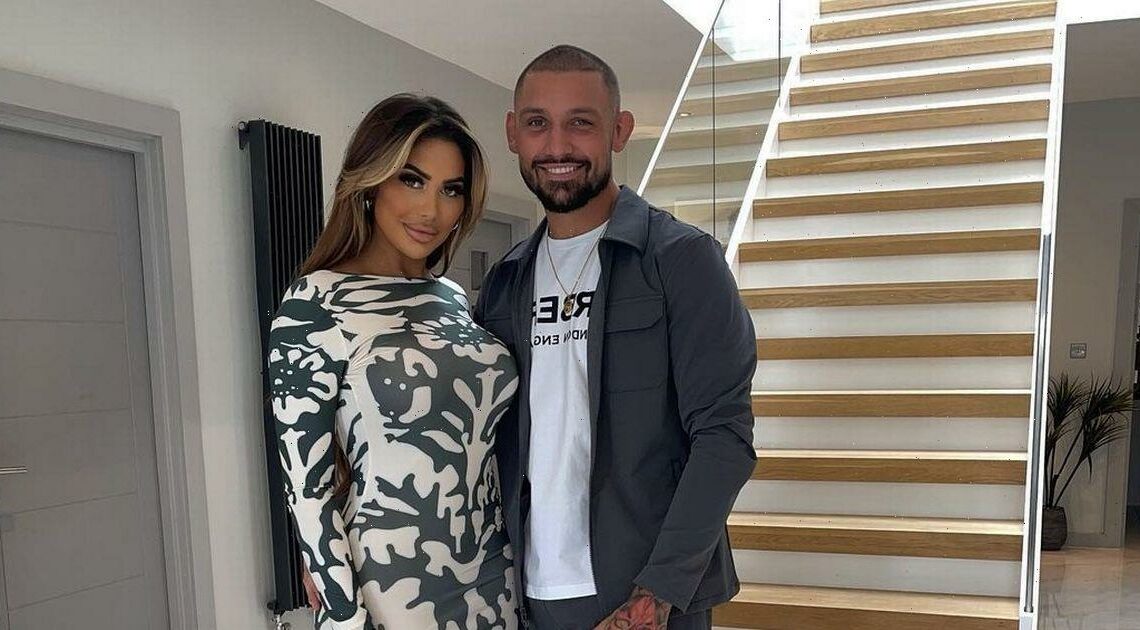 Geordie Shore star Chloe enjoyed a brief summer romance with Owen, before she reportedly found the actor messaging a glamour model behind her back.

While they called it quits in June, the pair were snapped looking cosy in September, sparking rumours they had reunited.

However Chloe, 26, looks to have ended it once and for all, having finally moved on with new beau Johnny Wilbo.

Johnny, 24, has reportedly grown close to the TV star over recent weeks, and has even been spotted on her Instagram.

A source told The Sun: "It's early days with Johnny but she really fancies him – he's exactly her type and they've been on a string of dates. He stays at hers a lot."

A recent snap shows Chloe and Johnny on a date night at a high-end restaurant, while another shows them both glammed up ready to attend one of Chloe's pal's gender reveal party.

The MTV star has also shared clips of Johnny on her Instagram stories, with one video showing him lying on the sofa while they hold hands.

Chloe has found herself at the centre of various rumours over recent weeks, following the revelation that she had found a new man.

The reality TV star was recently papped on a night out looking glamorous in a skin tight midi dress and black stilettos, but it was her hands which grabbed fans' attention.

She was snapped sporting a huge diamond on her ring finger, fuelling rumours that new beau Johnny had popped the question.

Alongside the suspected engagement, rumours of pregnancy were also rife recently after Chloe shared a series of snaps which had fans confused.

She shared a snap of herself posing at a gender reveal party in front of a blue and pink balloon arch, with the simple caption: "Is it a boy or a girl….?", prompting fans to question whether she was expecting her first child.

As Chloe had recently shared another glamorous shot where she was cradling her stomach, fans' suspicions grew and many took to the comments section to ask the star whether she was pregnant.

However, the rumours were then shut down when she took to her Instagram stories to inform fans it was her friend's gender reveal bash.

But, who is Chloe's new boyfriend? Not much is known about Johnny Wilbo as he leads a fairly private life.

Johnny is 24 years of age and from Manchester. His Instagram account is private but he seems to be a popular lad – boasting more than 2,000 followers in the gram.

For all the latest celebrity gossip, sign up to our daily newsletter here .