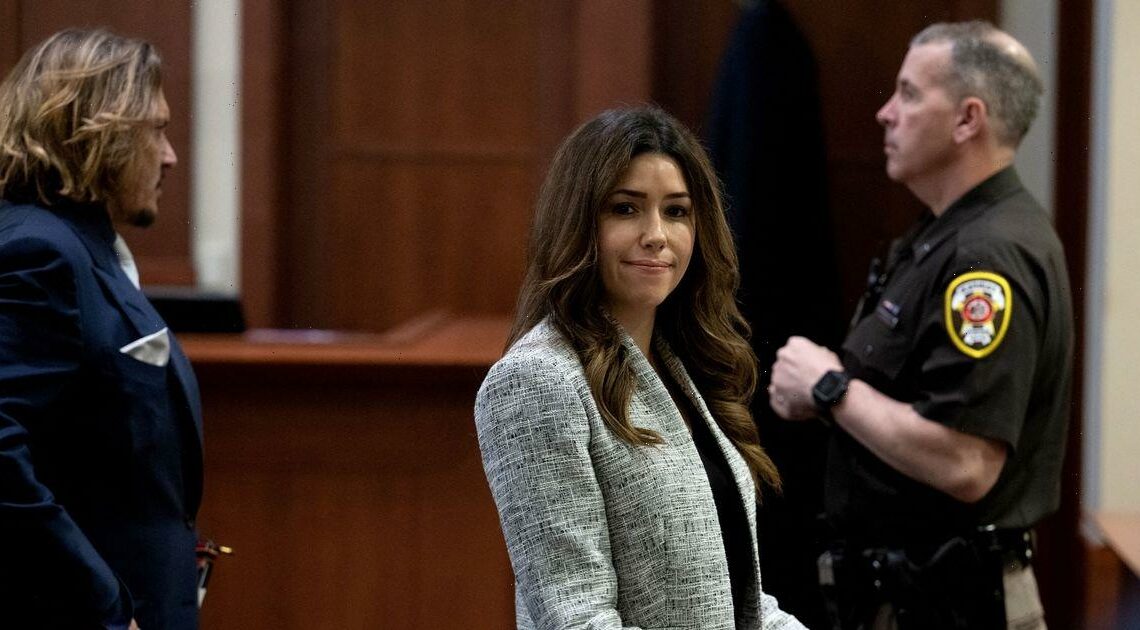 Johnny Depp and Amber Heard's explosive court trial has continued to grip the world, with the former couple making shocking claims about one another.

The Pirates of the Caribbean star, 58, is suing his ex-wife Amber, 36, following an op-ed she wrote in the Washington Post in 2018 about experiencing domestic violence. While she didn't name the perpetrator, Johnny has claimed that the article has damaged his career and resulted in him missing out on acting roles, prompting him to launch a £40.29m libel lawsuit against Amber.

Recently, Amber was cross-examined by one of Johnny's lawyers, Camille Vasquez, who grilled the actress about injuries she claims Johnny caused.

But who is Camille Vasquez? Here we take a look into the lawyer's career and life…

Get exclusive celebrity stories and fabulous photoshoots straight to your inbox with OK!'s daily newsletter

Who is Camille Vasquez?

Camille is a 37-year-old lawyer, who works for major International law firm Brown Rudnick, and is an associate in the Firm's Litigation & Arbitration Practice Group, currently focusing on plaintiff-side defamation suits.

She graduated from from the University of Southern California in 2006, before going to graduate from Southwestern Law School in 2010.

On Brown Rudnick's website, Camille is described as: “Camille is adept at formulating offensive and defensive litigation strategies for private clients. She also has extensive experience handling parallel reputation management and crisis communications issues arising from these engagements.

“Prior to Brown Rudnick, Camille was an attorney at a national firm in Los Angeles.”

Those following Johnny and Amber's case have been quick to praise Camille for her tough questioning, and she looks to have grown close to the Pirates of the Caribbean star as they continue to head to court together.

Johnny has reportedly formed close friendships with his entire legal team, which is made up of made up of Ben Chew, Stephanie Calnan, Andrew Crawford, Rebecca MacDowell Lecaroz, Yarelyn Mena, Jessica Meyers and Samuel Moniz.

Camille cross-examined Amber recently, and attempted to poke holes in the actress' credibility while questioning her.

The lawyer asked her about the various times she claims Johnny physically assaulted her, including alleged incidents where he broke her nose, split her lip and punched her in the head.

Camille then went on to produce several photographs of Amber which were taken shortly after the alleged incidents took place, with the 36 year old showing no signs of injuries.

Amber claimed that she used make-up to cover up the marks on her face, and told how there were no medical records of her injuries as she didn't seek medical attention at the time.

For all the latest updates about Johnny Depp, sign up to our daily newsletter here .

When was the high five invented?
Recent Posts