Home » Lifestyle » Who Let the Dogs In? Covid-Sniffing Canines Are Helping Keep Metallica, Eric Church on the Road 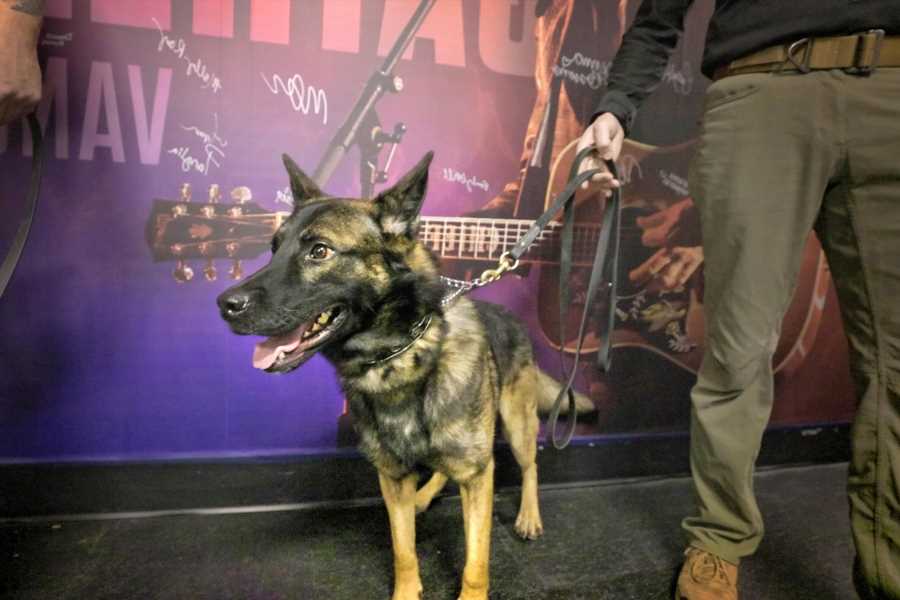 Who Let the Dogs In? Covid-Sniffing Canines Are Helping Keep Metallica, Eric Church on the Road

For a few high-profile acts about to hit the road during this unpredictable Omicron touring season, the must-have accessories aren’t just N95 masks and hand sanitizer. They also include a couple of German Shepherds, maybe a few Belgian Malinois, or a Labrador retriever.

To ensure that Covid doesn’t prematurely shut down their tours, Eric Church and Tool — and Metallica and the Black Keys before them — have recruited dogs specially trained to sniff for traces of the virus in members of their crew, entourage or anyone else who gets backstage.

“So far, knock on wood, the dogs have been knocking it out of the park,” says John Peets of Q Prime, the management company that represents Church and Metallica. “We haven’t had a dog miss anybody. Dogs are more accurate than the tests.”

The dogs were used on Church’s fall U.S. tour and were hired by Metallica for fall shows in Fort Lauderdale and Atlanta and also at their 40th anniversary gigs in San Francisco last month. Starting today, Church kicks off the 2022 leg of his Gather Again Tour in Lincoln, Nebraska, where he will be joined by four German Shepherds (Alex, Huggie, Lord, and Timmy). Tool will use a different team of dogs when the band begins its run next week in Eugene, Oregon. Several country acts, including Ashley McBryde and Brothers Osborne (also repped by Q Prime), have plans to recruit the canines for their upcoming tours.

The dogs in rotation — 12 are currently in service, with seven or eight more in training  — are overseen by the Ohio-based Bio-Detection K9. Company president Jerry Johnson, an Air Force vet, worked with dog teams in Iraq and Afghanistan in the 2000s. After about six weeks of training, the canines are taught to sniff people’s hands and feet. If they detect the virus, they sit down.

“People say, ‘What’s that dog doing?’” Johnson tells Rolling Stone. “It surprises them and they’re pessimistic, but if you understand the instincts of a dog’s behavior, it makes a lot of sense. Dogs sniff each other to see if that other dog has a virus. We’re training them to look for something they’d be interested in anyway.”

Johnson isn’t allowed to discuss details of exactly who or how many people have been flagged by the dogs at the concerts. But apparently the process works: In the fall, the dogs sat down for at least two workers on the Church tour. “Everyone at the loading dock gets sniffed,” Church’s production manager Malcolm Weldon says. “We’ve had them get a couple of local guys who thought they were negative. Then those guys went and had a PCR test and it came back that they were positive.”

NASCAR was among Bio-Detection K9’s first clients, but the dogs came to Q Prime’s attention when Peets heard writer Malcolm Gladwell talking about them on a podcast. For Peets, the dogs are “cheaper than testing everybody, and way faster and friendlier.” Bio-Detection K9 claims the average cost of a dog test is $2 a person. According to Johnson, dog tests are typically limited to 200 people per hour and are conducted at venues several times a day, from early morning through soundcheck, and include family members and other backstage guests.

But even here, the rise of the Omicron variant has forced both the acts and the animals to adapt. On Church’s tour, the dogs will now be sniffing people’s masks (not hands or feet) to detect that variant. “The new variation is different,” Johnson says. “It localizes in the bronchial passageways. So the dogs weren’t nearly as accurate the way we had been searching. We had to change it up.”

The only downside, Peets says, is that the musicians aren’t able to get too close to man’s best covid finder. “They don’t like the dogs to get too friendly with people,” he says, “because it throws them off their game. These guys are in high demand.”

I Tried Plopping My Hair Like I Saw on TikTok, and It's Completely Changed My Routine
Recent Posts