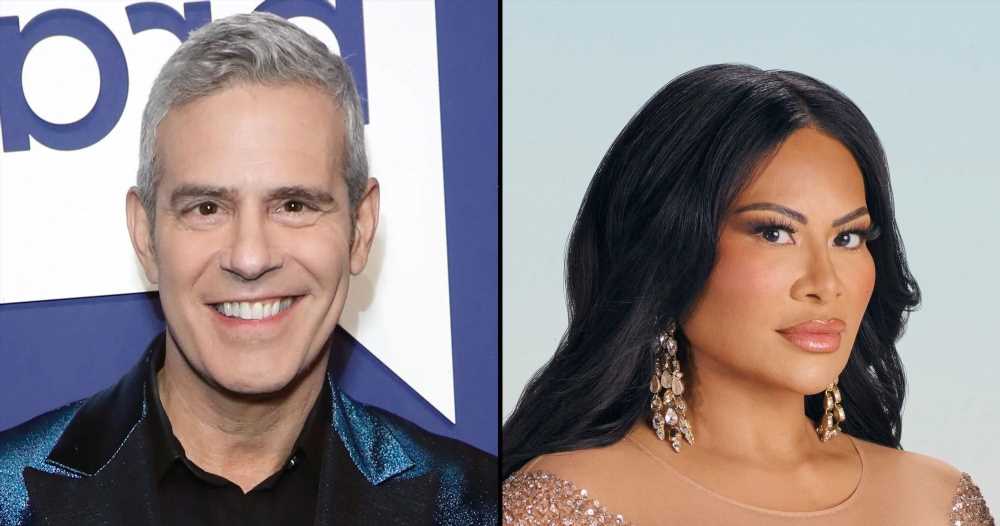 Taking a pass. Real Housewives of Salt Lake City star Jen Shah opened up about the choice to skip her interview with Andy Cohen following her January 2023 prison sentence.

Jen Shah’s Legal Drama: Everything to Know So Far

“I will not be doing the 1:1 with Andy Cohen and Bravo because of their unwillingness to remove contractual provisions that would allow the network to legally make misrepresentations of me and my story, relating to any and all topics, prior to and during the course of my participation,”  Shah, 49, wrote via Instagram on Thursday, January 19. “The specific 1 on 1 interview was not part of my RHOSLC reality TV contract. I promised myself and my loving family that I would not allow this portion of my life to be sensationalized or inaccurately conveyed.”

The Bravo star explained that she “stood in front of a judge on January 6” and asked him “to see me not as a fictionalized character, but as the real Jen Shah,” adding that she was now at a point where she could “legally, emotionally and mentally, where I can answer some questions and provide a few unknown details about my case” and wanted to share her “truth” with the people who “love and support” her.

She continued, “I would rather remain silent and wait until I am able to accurately share my story than continue having complete lies and misrepresentations about me smeared across the headlines,” she added. “I intend to speak and you will hear from me. I will share my story and this painful part of my life very soon.”

On January 6, Judge Sidney Stein also ordered the former marketing pro to forfeit $6.5 million and pay restitution of $6.64 million. After her release from prison, she will be subject to five years of supervised release. the reality star is set to begin her sentence on February 17.

Mention It All! Real Housewives’ Legal Troubles Through the Years

Shah has starred on the RHOSLC since its 2020 premiere. While part 1 of the Season 3 reunion aired Wednesday, January 18, the reality star confirmed she skipped the reunion taping in December 2022.

After news broke that she would appear at the reunion, Cohen, 54, revealed during an episode of his SiriusXM show Radio Andy that he planned to sit down with Shah before she reports to prison.

“I’m hoping to go talk to Jen this weekend,” the Watch What Happens Live With Andy Cohen host shared earlier this month. “I’m hopeful that I can do that sit down with her in front of some cameras and deliver that to you. I’m really hoping to do that.”

The Bravo exec then made headlines on Sunday, January 15, when Chris Wallace asked about him previously saying he hoped Shah received “no jail time.” Cohen thought he made the comment before the Salt Lake City resident changed her plea, however, the news broadcaster, 75, noted that he made the remarks several months later.

On Tuesday, January 17, Cohen took to social media to share his thoughts on the conversation, revealing via his Instagram Story that he thought Wallace was missing context from the quote, which he gave to Us Weekly in November 2022.

“She’s being sentenced on December 15, so I don’t know what to say to people who want her on the show,” he told Us at the time. “I hope that she gets no jail time whatsoever and she can come right back … but I have a feeling that she’s not going to be available to be on the show.”

How to celebrate Lunar New Year 2023: What to decorate and gift