The Michigan native explained that when she and the toddler were recently watching the Masters golf tournament, the little one cried out, “Daddy!” and pointed at the screen. “I was like, ‘No, that’s not what he does. He’s not that good,’” Upton said. 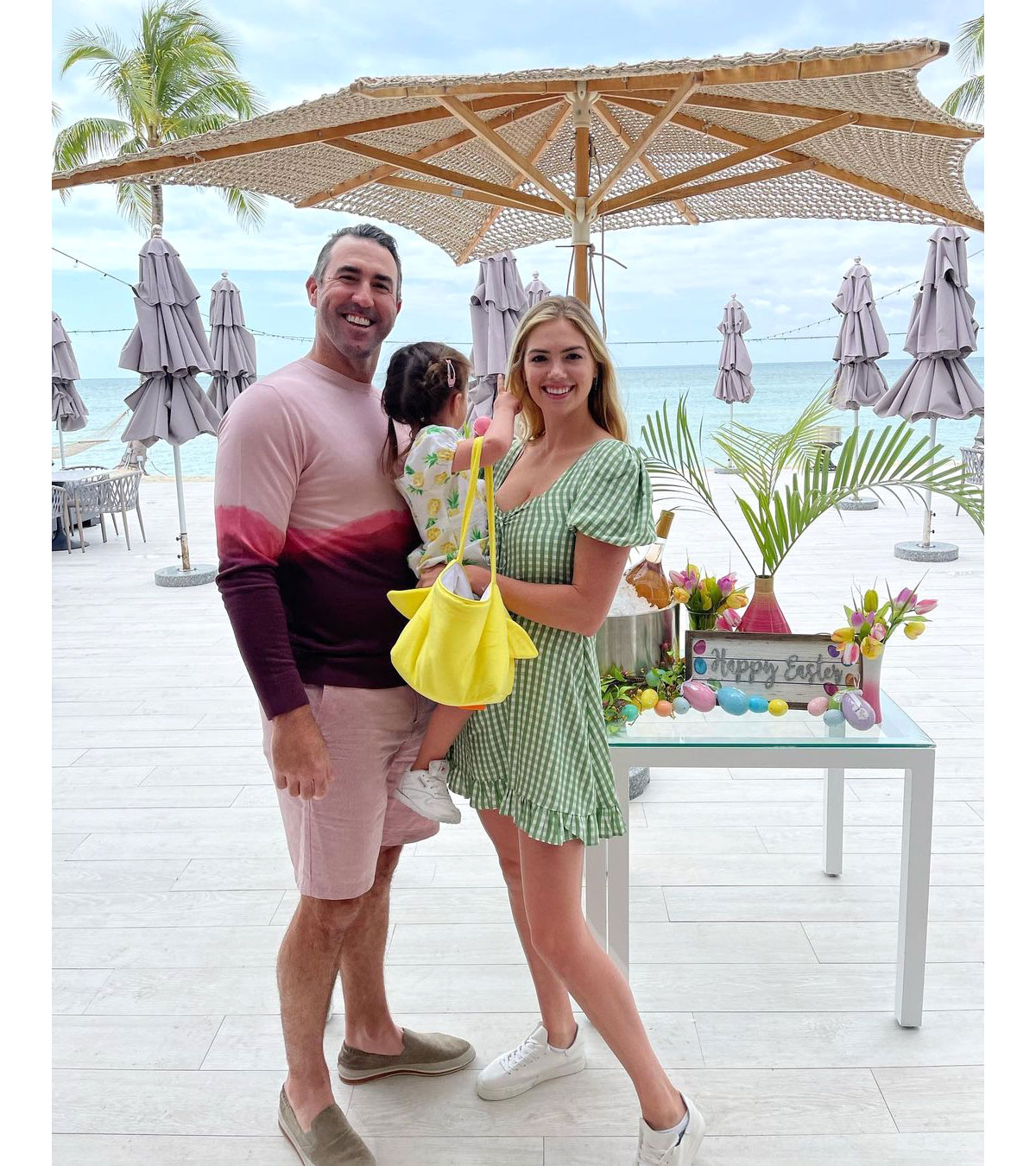 Jokes aside, the actress said that Verlander, 38, who has played for the Houston Astros since 2017, is the “best dad” to their daughter.

“He’s always so involved,” the Other Woman star said during the Tonight Show Starring Jimmy Fallon appearance. “He’s the best partner. He’s just not the best dog dad. Like, he has helped almost zero with Norman, but he took almost every night shift with Vivi. So, I still am a little bitter about that.”

The couple welcomed their baby girl in November 2018. The following year, the athlete opened up exclusively to Us Weekly about “adjusting [his] routine” as a new dad.

“We are so blessed every single morning to see [Genevieve], but at the same time, we have to learn to do all the things we need to do,” the professional baseball player explained in March 2019. “I still need to go be a pitcher at the top of my game.”

In terms of his retirement plans, the Virginia native told Us that being a parent was motivating him to play longer. “I want to play long enough that she can see me on a baseball field and remember me as a baseball player instead of having to watch old highlight videos,” the MLB player joked at the time.

The former Detroit Tigers pitcher announced in September 2020 that he would be undergoing Tommy John surgery for a forearm strain, causing him to miss the rest of the 2020 season as well as all of the 2021 season.

“Obviously, I’m extremely disappointed, but I will not let this slow down my aspirations for my career,” Verlander wrote via Instagram at the time. “I will approach this rehab the only way I know, attack and don’t look back. I’m confident that with a proper rehabilitation program and my unwavering commitment that this surgery will ultimately lengthen my career as opposed to shorten it.”