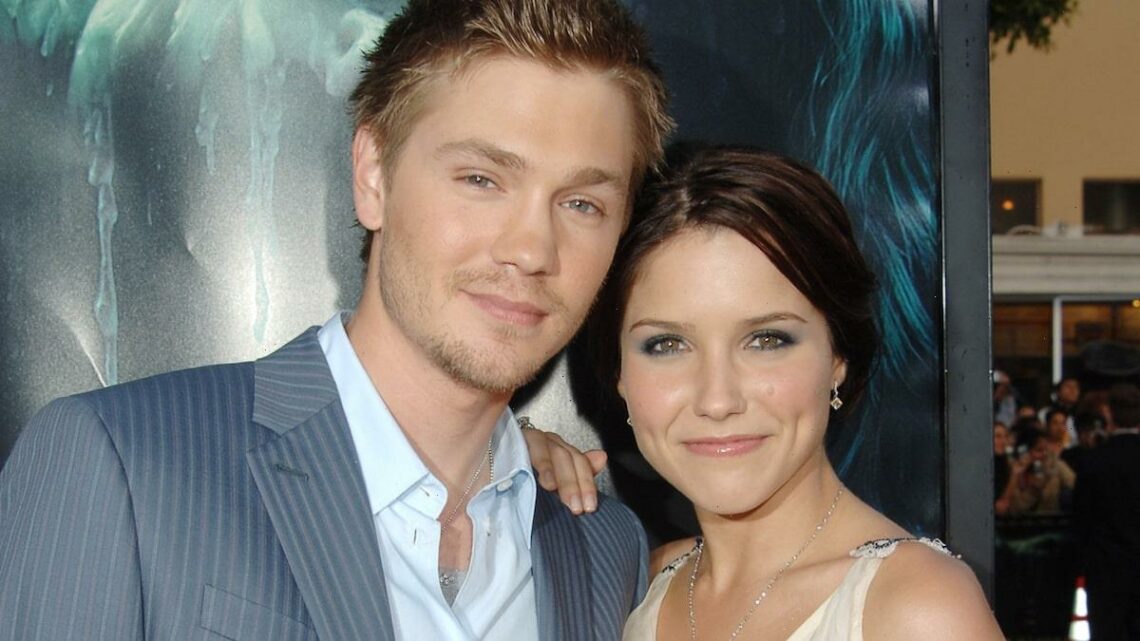 “It’s not a place where I harbor ill will or anything,” she says.

Sophia Bush is an open book on many things, but she draws the line at her marriage to “One Tree Hill” costar Chad Michael Murray after having her words “twisted” in the press in the past.

The actress was a guest on Michael Rosenbaum’s “Inside of You” podcast, where the fellow former WB star began to ask Bush about the early days of her relationship with Murray, to whom she was married from 2005-2006.

“Oh, I’m not going to talk about him,” she interjected. “You know what it is? I’m not allowed to because I’ve tried to poke fun at being a dumb kid and whenever I’ve done that, it gets twisted into I’m talking s— about somebody who I don’t even know anymore, who’s clearly a grown-up.” 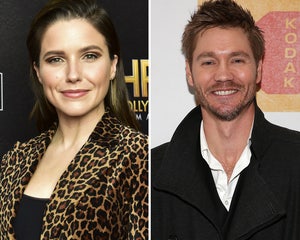 While Bush has no issues laughing at the person she “used to be,” she explained she doesn’t want to do the same about other people. “When people ask me about history that involves someone else … it’s not worth my time,” she added, “It’s not a place where I harbor ill will or anything.”

Rosenbaum noted that sometimes the words also just don’t “come out right,” with which Bush agreed.

“It never does! And I’ve tried to like do the thing where when I get stuck live on the air — which has happened to me twice — getting asked about it where I give a little like jazz hands quip and move on, it just doesn’t work, so I’m not going to,” she added. “I was a very naïve 21-year-old kid and that’s all there is to it.”

Rosenbaum still tried to talk a bit about marriage in general and the fact she did it for the first time at such a young age. Bush was hesitant to go there, but then pointed to the science behind why she might have pulled the trigger on saying “I do” so early.

“I think lots of people do stupid s— before their prefrontal cortexes are fully formed and they’re not until they’re 26. So you do the math on my timeline,” she said. “I literally didn’t have a whole brain. So I have humor and grace of being a kid and having the experience that I had.” 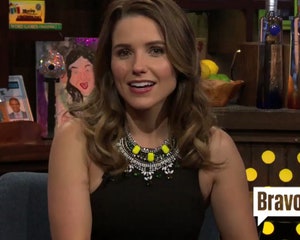 When asked how she felt about marriage now and whether she’d wait to tie the knot again, Bush said she “largely” felt “great” about it.

“But again, it depends on what people’s motivations are. And I want to make sure, whether it’s myself or one of my best friends, that we’re clear on what it is we’re signing up for rather than thinking we’re getting some like Kate Hudson and Matt McConaughey rom-com life,” said the actress. “This notion that you’re going to meet your person and they’re going to make you so happy that you’re going to be fulfilled and you’ll never be nervous again and you’ll never ever think anyone else is hot … like what? It’s such an absurd joke.”

“So what I am a fan of, what I am a believer in, is real partnership, real intimacy that comes with radical honesty and with ground rules of always giving your partner the benefit of the doubt while asking questions, while being able to be vulnerable, admit when you’re afraid, admit when you’re being triggered by something else. You have to do a lot of work,” she added. 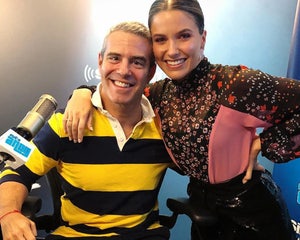 Bush’s stance on not talking about Murray isn’t surprising, especially after she made headlines in 2018 when Andy Cohen asked about their marriage on his radio show. At the time, she said tying the knot “was not a thing I actually really wanted to do” — and chalked it up to being “22 and stupid.”

She took to Twitter shortly after the interview started getting pickup, calling out the press for taking a moment where she was “taking the piss out of” herself and turning it into “inappropriate drama rather than self-deprication.”

“And if all the years that have passed haven’t made it WILDLY clear that we’re all grown ups who’ve become the best versions of ourselves, then I just don’t know what to say,” she added. “And PS, if my teasing MYSELF on the radio today — for my past — hurt anyone’s feelings, I am sorry.”

Even Murray’s rep commented on the interview at the time, saying, “Chad conducts himself in a completely professional manner and would never marry for any reason but love. Thirteen years since his divorce from Sophia, he has a very happy family life with his wife and children. He has completely moved on and doesn’t feel the need to engage in this type of behavior.”

I’m anxious about my workplace’s use of BCC on emails. What should I do?
Recent Posts