Visitors have slammed this year’s London Winter Wonderland in Hyde Park for its ‘rip-off’ prices which sees candyfloss on sale for £8 and a ‘potato on a stick’ costing £7.

The annual Christmas event is a popular attraction in the city, with thousands travelling from all over the UK to see a slice of the festive magic.

Amongst the items to cause backlash were fish and chips for £14, and sweet stalls selling small bags for £10 each. A cone of churros sets customers back by £8.

Meanwhile a Winter Wonderland themed pen costs £3.50, while a hotdog could cost as much as £10.50 per meal, The Sun reports. 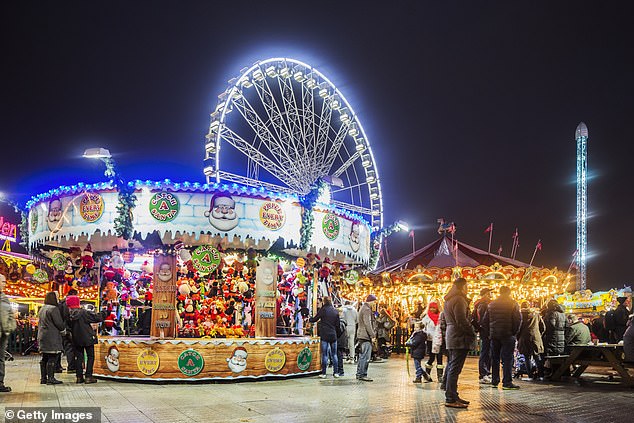 Winter Wonderland has been wowing visitors for 15 years with rides, performances and plenty of treats 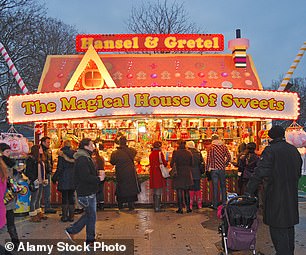 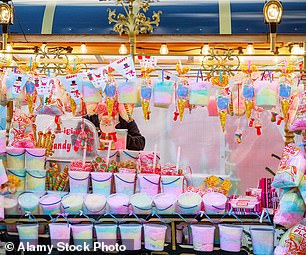 Some sweets stalls have come under fire for charging £10 for a single small bag of candy, while candyfloss is priced at £8 (file images)

One of the most contentious food items is ‘potato on a stick’, which images show is thin slices of potato which appear to be deep fried, stacked on a wooden skewer.

The Park’s iconic selection of rides range from £3 per person to around £10 per person.

Tickets to performances within Winter Wonderland, which mainly involve a range of circus-themed shows, are selling for £17 per adult at some venues.

Visitors took to social media to joke about the high cost of attending the classic event, with one Twitter user writing: ‘Cannot wait to go to winter wonderland to go on one singular ride [because] of how expensive they all are.’

A second replied: ‘One ride is ambitious!’. 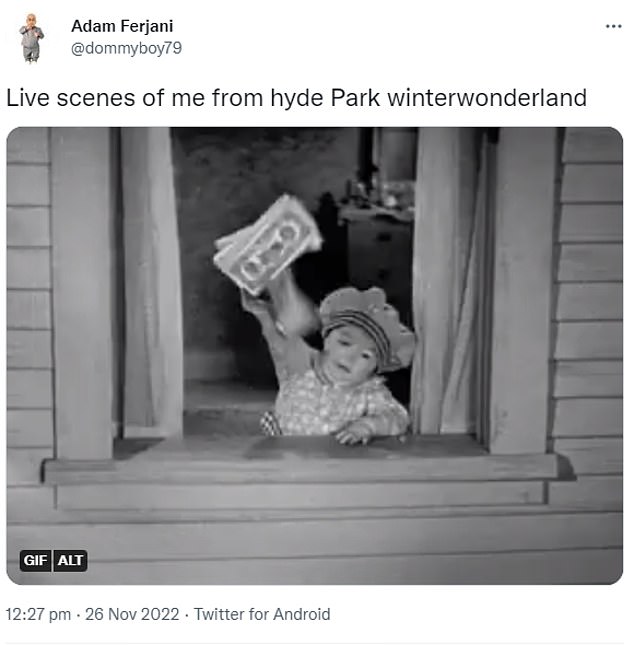 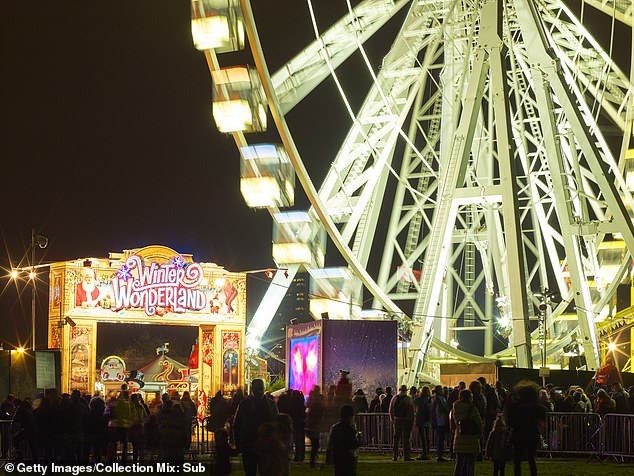 One of the most iconic rides at Winter Wonderland is its giant wheel, which has extraordinary views across London 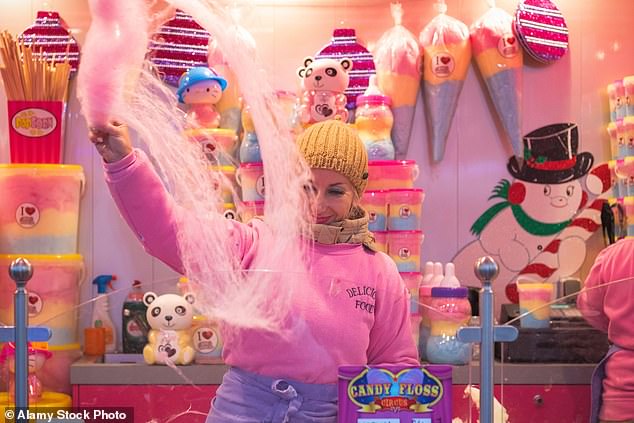 Among the items to come under fire from visitors are candyfloss, fish and chips and ride tickets

Other Christmas fans simply shared gifs of someone throwing a pile of money out of the window.

There are some key hacks to know to reduce the cost of a trip to Winter Wonderland – including free opening hours at certain off-peak times during the week.

Winter Wonderland is home to the world’s tallest transportable observation wheel, but it also boasts a Magical Ice Kingdom and an array of thrilling fairground rides, alongside an open air ice rink and plenty of bars and food stalls.

Open from early in the morning until late at night, the festival caters for all including families with young children.

Popular attractions this year include a real ice slide, ice sculpting workshops and, of course, Santaland.

It held a VIP evening this year which was attended by stars such as Holly Willoughby and Stacey Solomon.

Last week former PM Boris Johnson’s wife Carrie posted photos of her with her son Wilfred in Hyde Park, sharing s snap of the two of them on a merry-go-round.

Dressed in a space-themed jacket and jeans, the adorable toddler – who has inherited his dad Boris’ blonde locks – was pictured holding onto the gold pole as he snuggled up with his mother.

In an attempt to protect her son’s privacy, Carrie covered Wilfred’s face in the social media image with a Winter Wonderland location tag.

The wonderland will remain open until January 2.