Home » Lifestyle » With A Boost Of Confidence After Birthing Her First Baby, Victoria Monét Is Coastin' 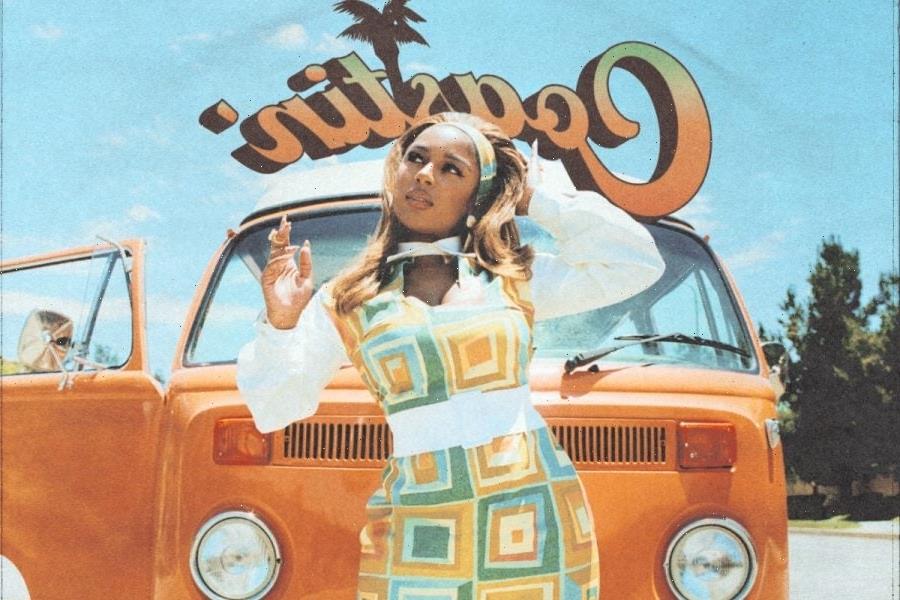 With A Boost Of Confidence After Birthing Her First Baby, Victoria Monét Is Coastin'

While expecting her first baby last year, Victoria Monét gained a different kind of bump in addition to the traditional one. The singer and sought-after songwriter started feeling herself more than ever, embracing her everythingness as one hot mama-to-be.

The result of that self-assurance is her sexy new single “Coastin’,” a bump-up-on-you bop that Monét wrote while she was about six months pregnant in late 2020. “I’ma make it go north, south, east, west coast,” she sings over a bass-heavy beat inspired by the Mary Jane Girls (think “All Night Long”) and the mid-’90s jammy jam that was Groove Theory’s  “Tell Me.” This is not your mother’s maternity vibe.

“When I was younger, I never really imagined having much sex appeal when I was pregnant,” says Monét, 28, who gave birth to daughter Hazel with her boyfriend, fitness model John Gaines, in February. “But being pregnant, I felt more empowered, embraced my curves. It makes you feel sexy. There’s just another level of confidence that comes from going through that experience.”

And you can feel all of that souped-up swag on “Coastin’,” on which Monét is very much the chick in charge. “Usually we would hear about a guy coming up to a girl, being more of the aggressor,” she says. “And I kind of take that role like, ‘What’s up?’”

But as an R&B songstress who released her fifth EP, Jaguar, last year and a Grammy-nominated songwriter for the likes of Brandy, Chloe x Halle and Ariana Grande — for whom Monét co-wrote hits like “thank u, next” and “7 Rings” — she’s now owning all of her boss ish.

Motherhood has certainly made Monét even more of a force of the female nature than she already was. And bringing a new life into the world in the midst of the pandemic madness was both a challenge and a blessing.  “As scary as it was, I think in a lot of ways this probably would have been the best time for me to have a baby. I don’t know that there ever would have been a better time.”

Without COVID shutting it down for much of the last 17 months, she says, “I would have never really stopped working or had the pause that we did to be able to be easy on my body and go into a bit of a hiding closer to childbirth. So in a lot of ways, I feel like this was just perfect timing.”

Monét and Gaines, who appeared in her “Moment” video last year, are on the come-up together both as a couple and as parents. “We live together,” says the Los Angeles-based singer. “We’re not married, but that’s the plan for sure. We’re completely in love and enjoying our new chapter … [Hazel has] really got him wrapped around her finger, and I’ve seen him change in ways that I know he didn’t expect. She’s growing us up.”

Would Monét like to see Hazel follow in mommy’s footsteps? “I really want her to do what makes her happy,” she says. “I would be super excited if she were interested in music because I could guide her in a lot of ways. But if she decided to golf, I would make sure that we get her whatever she needs.”

Judging by some early indicators, though, Hazel could already be another songbird ready to stretch her wings. “She’s doing this thing now where she’s trying to hit high notes all the time, so I’m like, ‘OK, Mariah!’” says Monét. “It’s so cute.”

Monét — who is finishing up the second part of her Jaguar trilogy for release in late 2021 or early 2022 — set an example for her daughter by being true to herself when she came out as bisexual in 2018. “It felt really freeing,” she says. “You finally get to take off the mask that you had been wearing and reveal [yourself]. It’s not that I was lying, I just wasn’t comfortable and not confident enough to live my truth. But when you deny one part of yourself, you have to keep that up and keep that consistent, and then that’s a whole other character that you have to play. You’re just going through life as an actress. So it was important for me to shed that layer, and I was met with a lot of love and support about it luckily. I know that’s not the case for everybody.”

Still, there are no doubt certain challenges — if not struggles — being a Black woman artist who identifies as bisexual. “There’s definitely always negativity, but that’s the balance that you have to have, I guess, to appreciate the positivity,” says Monét. “There’s so much more love than hate, so I try to focus on that.”