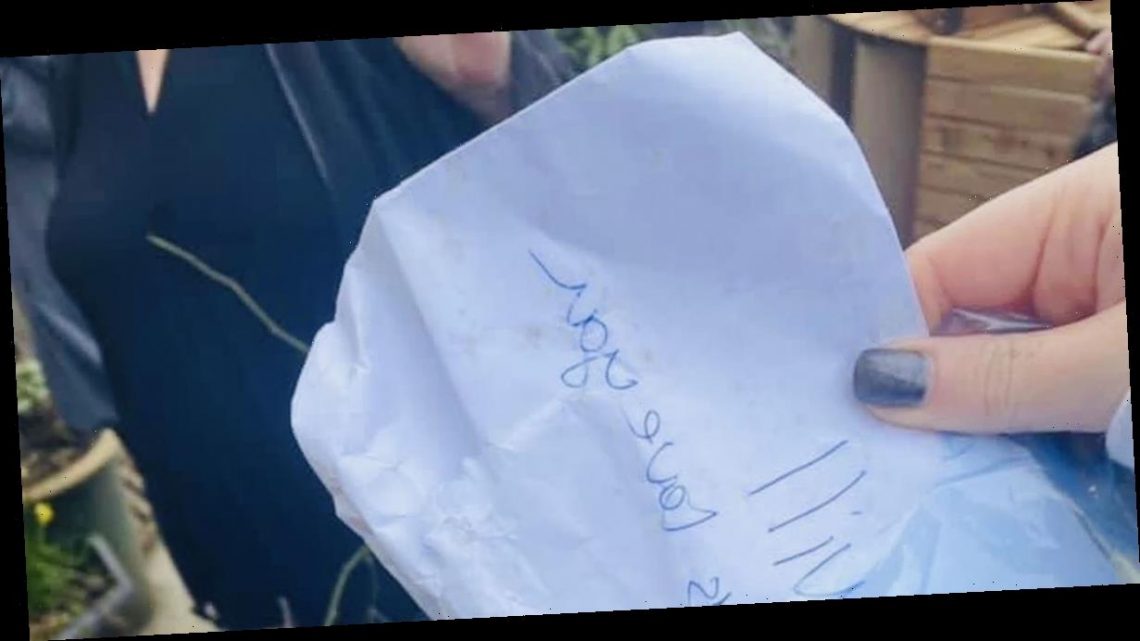 A woman was baffled to find an unusual love letter on her doorstep.

Elleanor Holland was given the strange package by her elderly neighbour who spotted it outside her house in Barnoldswick, Lancashire, last weekend.

When the 25-year-old opened the white envelope, she found a note declaring: “I will always love you”.

And as many think the best way to woo someone is through their stomach, two jumbo frankfurter sausages were also included in the parcel.

The anonymous package wasn’t enough to win Elleanor’s heart – but it did leave her in fits of laughter.

Luckily, her 32-year-old partner Adam Greenway found the delivery equally as amusing and hasn’t felt threatened by the peculiar approach.

Elleanor, who is a young people's support worker, said: "I'm pretty sure it's not anybody I know. Well, I hope not.

“I’ve asked everybody and even Adam. There might be a town bachelor going round.

"There were two jumbo hot dogs you get in glass jars. I threw them away because I didn't want to give them to the dog in case it was a crazy person trying to poison him.

"My neighbour was quite worried about it, but I reassured her it'd be a joke and she shouldn't worry about it.

"Adam was quite shocked, so I explained that I don't know [why I've got it], and he was laughing. We've all seen the funny side. It's just a bit of fun. I hope it's nothing more than that anyway.”

“If they're looking for somebody they should at least include their mobile number.

"They should definitely leave out the sausages. Maybe replace them with plane tickets. We could do with some of them after the year we've had."

Elleanor posted about the odd experience on Facebook, where locals were equally as amused by the barmy love letter.

She wrote: "And some will still argue romance is dead. Does the sender of this want to contact me?"

Elleanor says the parcel has brightened the spirits of many during lockdown.

She added: "We live in one of those towns where all they talk about on the Facebook group is dog poo, so at least this made people laugh and cheered them up.

“I just hope I don't get another one anyway."