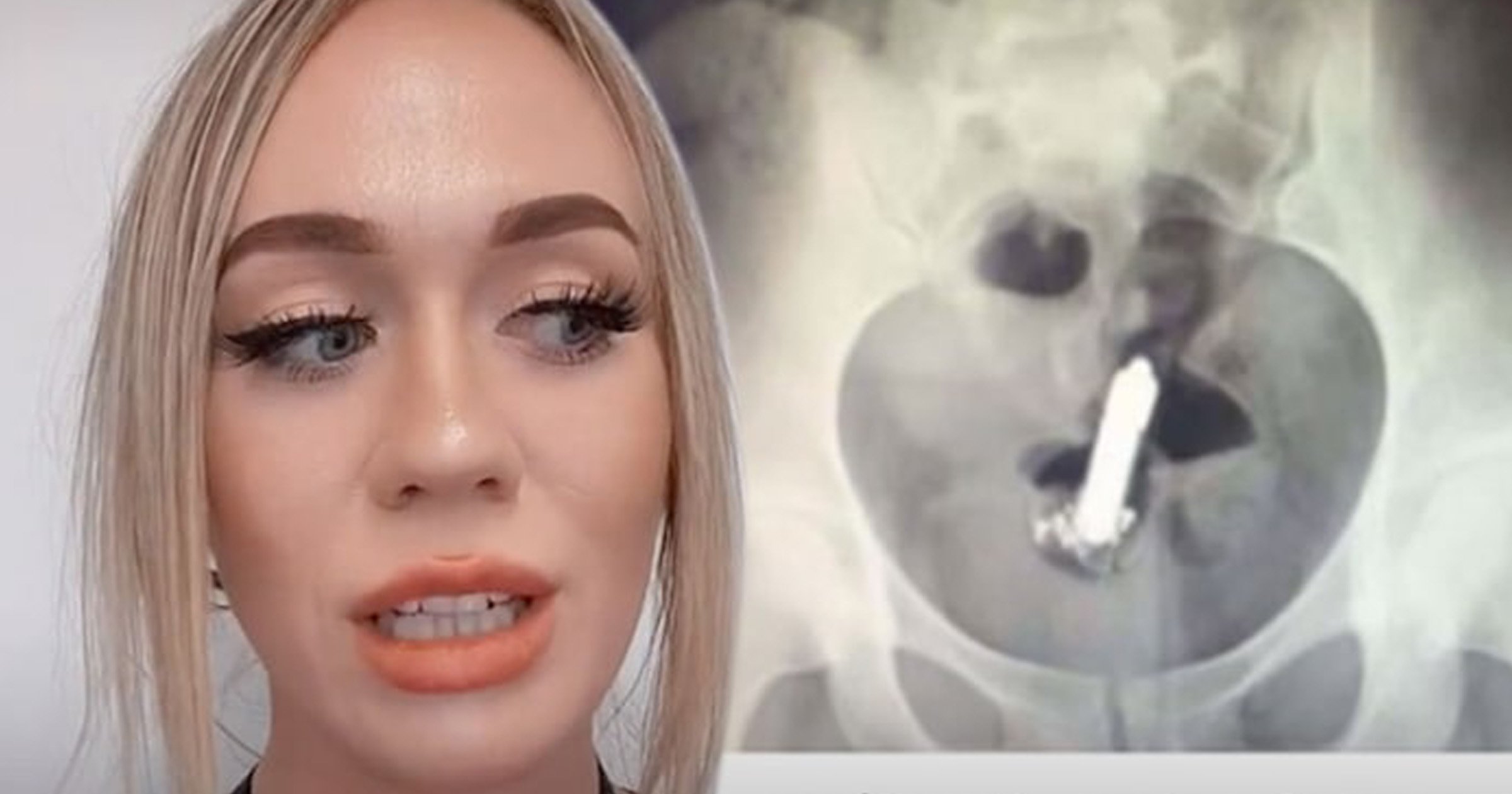 A woman on TikTok shared her ordeal of getting a sex toy stuck in her bum, then needing it surgically removed.

The woman, who goes by @sophzaloafs, made a video documenting the experience according to TMZ, but has since made it private after it gained 145,000 likes.

Unable to get the toy out of her backside, she didn’t know what to do.

Deciding not to go to the hospital that night as her kids were sleeping, she tried to sleep with the toy still stuck in her.

To make matters worse, it continued to buzz all night – given an unfortunately strong battery life.

She said: ‘I eventually did fall asleep.

‘I woke up, it was off. So, one would assume the battery had died. That was very wrong of me to assume.’

The next day she went to the hospital and had an X-ray done to see how far lodged in it was.

After two failed attempts to remove the toy by hand, doctors had no choice but to perform sugery.

She said it was her ‘only option’ to get the toy out.

Post-surgery, she woke up and noticed the toy was in a plastic bag next to her.

Unbelievably, it still had battery life and worked.

‘I think it must’ve had some cool technology as part of its spec?’ she said.

‘It must’ve had a self-timer, it must’ve just, you know?

‘Or they thought, “She had such a good time. Let’s replace the batteries for her completely free of charge.”‘