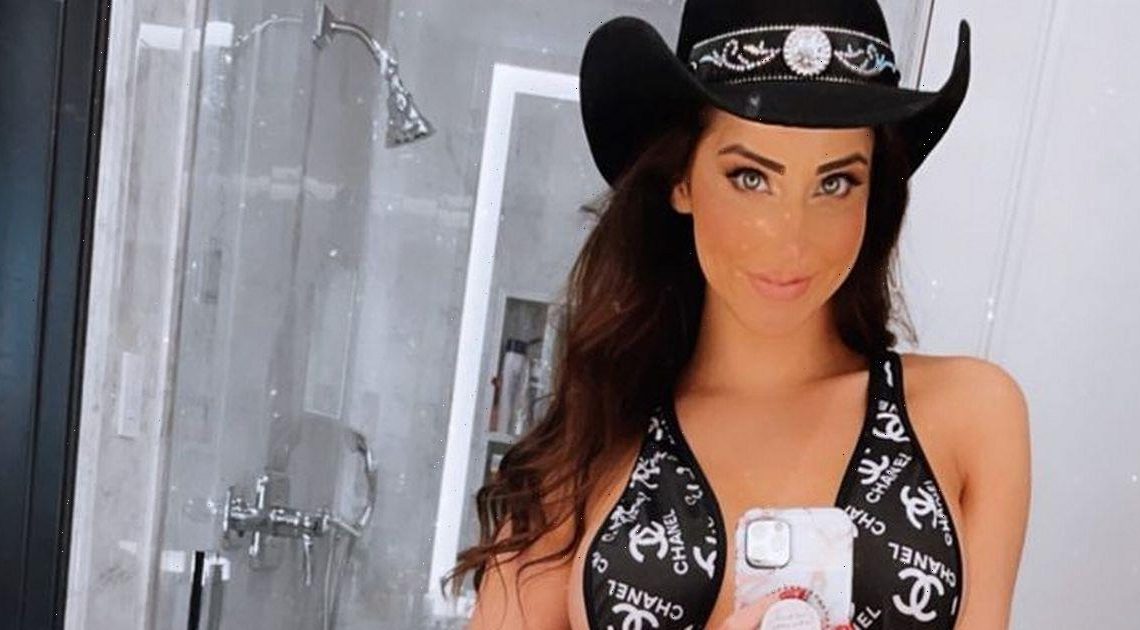 Things can often get a bit bitter when you break up with someone.

However, one woman has had the last laugh after her former partner mocked her by telling her she should join racy subscription-based site OnlyFans.

Bombshell Syd Wilder did just that – and has now become one of the top earners on the site.

The brunette beauty said she grew up "as your average fat kid", before making a failed attempt to become a country singer.

However, joining OnlyFans has proved to be her most profitable venture yet as she's making more money than ever.

Syd said she set up her account on the site last April, and within a year, she has reached the top one percent of creators on OnlyFans.

She said she owes part of this success to the backhanded advice from her ex.

The LA-based star told LADBible: "I was going through a break-up, and he was like, 'Well, join OnlyFans then,' and I was like, 'I will. And so I did – and I wasn't expecting it to be successful.

"I'm making enough to like cover my bills and everything, but you've got to buy lingerie and different things in order to keep your customers happy.

"It's a business, just like anything else. That's what people don't understand. Like, it's a full time job."

Syd says she's also managed to use the site to make a positive from a negative – through the monetisation of d**k pics.

She guesses she's received as many as 50,000 X-rated snaps in her lifetime – meaning she's become somewhat numb to them.

She continued: "I would get d**k pics when I was doing stand up and all that stuff.

"I actually made a 'd**kumentary' as my closer for my show, it was like a montage of all the d**k pics that I was sent.

"Anyway, I didn't ask for any of this, all unsolicited. So I've been kind of a little disturbed by all that, you know… but I'm just kind of comfortable with getting them now. Not that I enjoy them. But I'm not fazed by anything. Let's just put it that way."

It was reported earlier this week that the 'world's hottest weather girl' – Yanet Garcia – has also signed up to the raunchy site, much to the excitement of her fans.