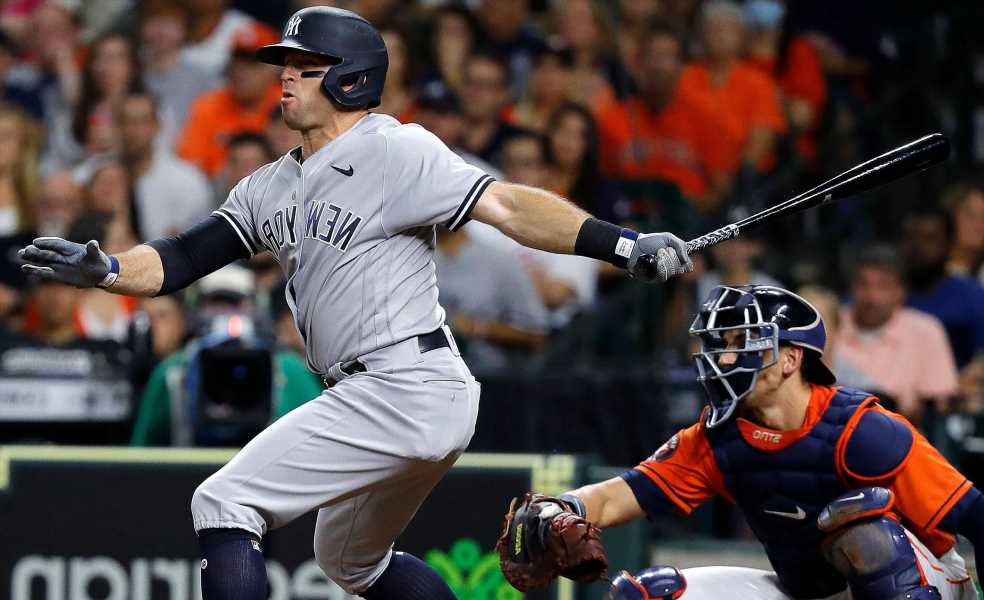 HOUSTON — Manager Aaron Boone has repeatedly referred to the “heartbreak” the Yankees suffered against the Astros the last time they visited Minute Maid Park in 2019.

If they’re going to salvage anything out of 2021, this trip to Houston will be vital.

The visit got off to a promising start Friday night, as the Yankees beat the first-place Astros, 4-0, in front of a sellout crowd. Brett Gardner and DJ LeMahieu each delivered two-run hits and Nestor Cortes and Lucas Luetge continued their incredible success after signing minor league deals during the offseason.

With the victory, the Yankees have won four of five since a three-game losing streak dropped them to .500 over the weekend.

Cortes has been as effective as any Yankees pitcher since being called up in late May for his third stint with the team. He was especially effective against Houston, throwing 4 ²/₃ scoreless innings.

The left-hander provided a lift for a second straight start, as the Yankees used four pitches to compile their first shutout since May 22, against the White Sox.

Cortes’ previous outing came in the second game of Sunday’s doubleheader against the Mets, after Aroldis Chapman had blown the first game, sending the Yankees’ to a third straight defeat and further into the abyss. Cortes went out in the second game and pitched well, into the fourth inning, as the Yankees got a much-needed win.

He was even better on Friday against the first-place Astros, who were without Carlos Correa, who was placed on the COVID-19 injured list prior to the game.

Cortes gave up just two hits and a pair of walks before Luetge entered.

“He’s pitched well, whatever situation we put him in,’’ Boone said of Cortes. “Whatever role it is, he’s come through in a lot of big ways.”

Cortes exited with a lead thanks to a two-out, two-run double from Gardner in the fourth against Jake Odorizzi that put the Yankees up, 2-0.

Cortes left in the fifth after a walk to Robel Garcia and Luetge, another unheralded offseason signing, got the final out of the inning and retired the side in order in the sixth.

The Yankees’ offense — which was held to one hit in Thursday’s shutout loss in Seattle — delivered again in the seventh against Bryan Abreu, who took over for Odorizzi.

Gardner drew a one-out walk and Tyler Wade followed with a double past third base, which had been vacated by the shift, sending Gardner to third.

LeMahieu, who made several fine plays at first base, came up with the infield in and ripped a double to left on a full count after a 10-pitch at-bat to drive in two more runs.

With the Yankees up 4-0, Boone turned the game over to a more established pitching presence, Chad Green, who tossed two scoreless innings.

Jonathan Loaisiga finished it, as the Yankees continue to look for the right spot to get Chapman some work.

“These are big games for us,’’ Boone said before the game. “With us not playing the way we expected to in the first half of the season, to potentially finish [the first half] on a high note on tough … road trip, would be big for us. I hope it’s something that galvanizes us going into the second half.”

They’ll turn to the struggling Gerrit Cole on Saturday night to keep the momentum going.

“We have a history of some great battles and both teams have been really good over the last few years,’’ Boone said. “For us, it’s … just trying to get on track and be the best team we can be and try to build something heading into the second half.”