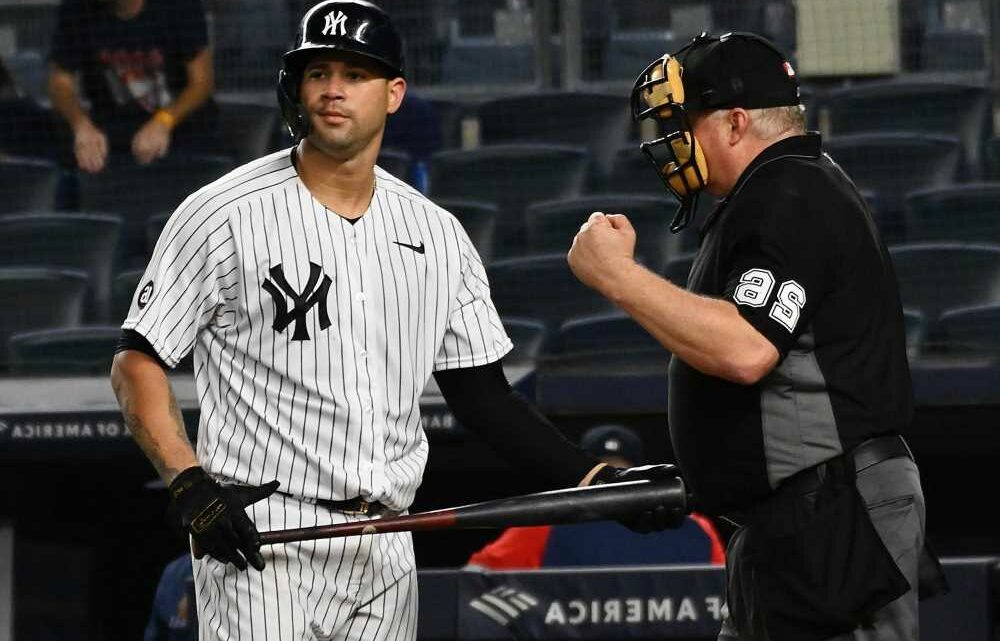 Yankees are where they ‘never want to be’

Everything was in place Friday for Gary Sanchez to have a breakout game.

There had been recent signs of improvement. He was facing the opponent he beats up on best, and the former teammate against whom he had previously homered.

Then came four strikeouts in four at-bats during a 5-2 loss to the Red Sox, and suddenly Sanchez’s pregame optimism about two weeks of hard work with Yankees hitting coaches Marcus Thames and P.J. Pilittere sounded like more wishful thinking.

“We wanted to simplify my swing in a way that would allow my hands to come out faster,” Sanchez said through an interpreter. “I really like the adjustments we’ve made, to make my swing more simple and more at the ball. We’ve got to keep on working.”

The fastest way for any Yankee to wind up in the fans’ doghouse is to struggle in pressure-packed games against the Red Sox. Sanchez has taken a much stranger route to that destination. (Insert joke here with an analogy to his adventurous trips on the base paths.)

That’s because, against the Red Sox, Sanchez has numbers that defy logic. It’s the rest of the games that usually bring out the boos he heard again after taking a “golden sombrero” out of the No. 8 hole in the lineup in the first Yankees-Red Sox game of the season.

“It’s definitely tough [to adjust in-season], but you have to do it,” Sanchez said. “If I don’t make the adjustment, what’s going to happen to me? I don’t know. You have to understand that if what you are doing is not giving the results you want then it’s time to take action.”

In his first 53 career games against the Red Sox, Sanchez hit .254 with a .348 on-base percentage and a .557 slugging percentage. Those three numbers are 20, 27 and 64 percentage points better, respectively, than his career averages. His 49 RBI and 40 runs scored are his most against any team, and his 17 home runs and 112 total bases are one off his marks against the more pitching-strapped Orioles.

“I don’t know why. It’s hard to pinpoint why,” Sanchez said before the game. “I’m trying my best to contribute offensively and defensively against all teams that play the game. It’s not just them. But I’m hoping those results keep coming against them.”

Instead, after striking out twice looking and twice swinging against former Yankee Nate Eovaldi, Hirokazu Sawamura and Matt Barnes, Sanchez’s 2021 numbers include a .198 batting average with 46 strikeouts in 131 at-bats.

“Any guy in their lineup is a threat at any given time,” Eovaldi, who pitched six innings for the win, said when asked about Sanchez. “The moment you give into anybody is when the game humbles you. You go after them as if they are the hottest hitters out there right now. You get strike one on them and it makes the at-bat a little easier.”

Sanchez hit .389 (7-for-18) in the seven games before Friday, making it seem possible he’d deliver against the Red Sox like he did during a nine-game winning streak last September, or in the 2018 Divisional Series, or other times.

“I don’t know what it is about the Red Sox, but I think just taking up a notch and picking up the intensity,” Aaron Judge said. “The crowd is a little louder and the moments are a little bigger when we play them, and he just steps up in those moments.”

Not on this night. If not against the Red Sox, then who?

Records: Teen killed by Honolulu police shot in back of head