Home » Lifestyle » You think you're nervous? Imagine supporting England and Croatia like I do… it's agony 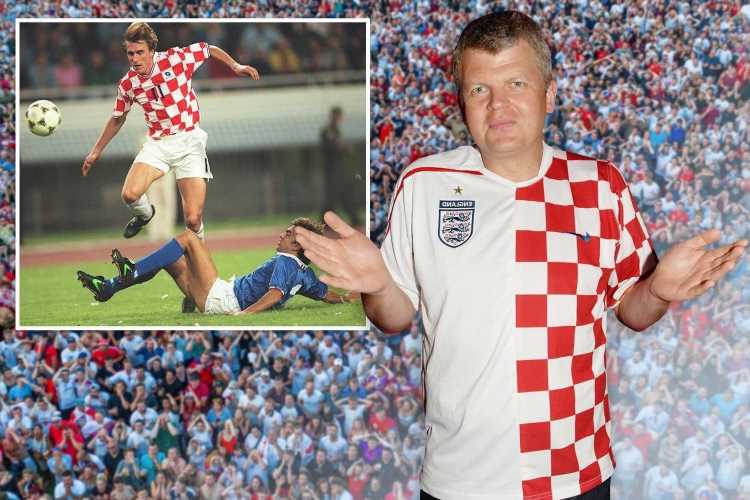 You think you're nervous? Imagine supporting England and Croatia like I do… it's agony

ENGLAND and Croatia have this much in common: Euro ’96 was very special for both.

Croatia, barely out of a ghastly war of ­independence, had only been ­recognised as a nation in its own right for five years.

Euro ’96 was its football team’s first tournament. Many of the players had represented Yugoslavia at some level, but this was different — this was the country they really felt was their own. 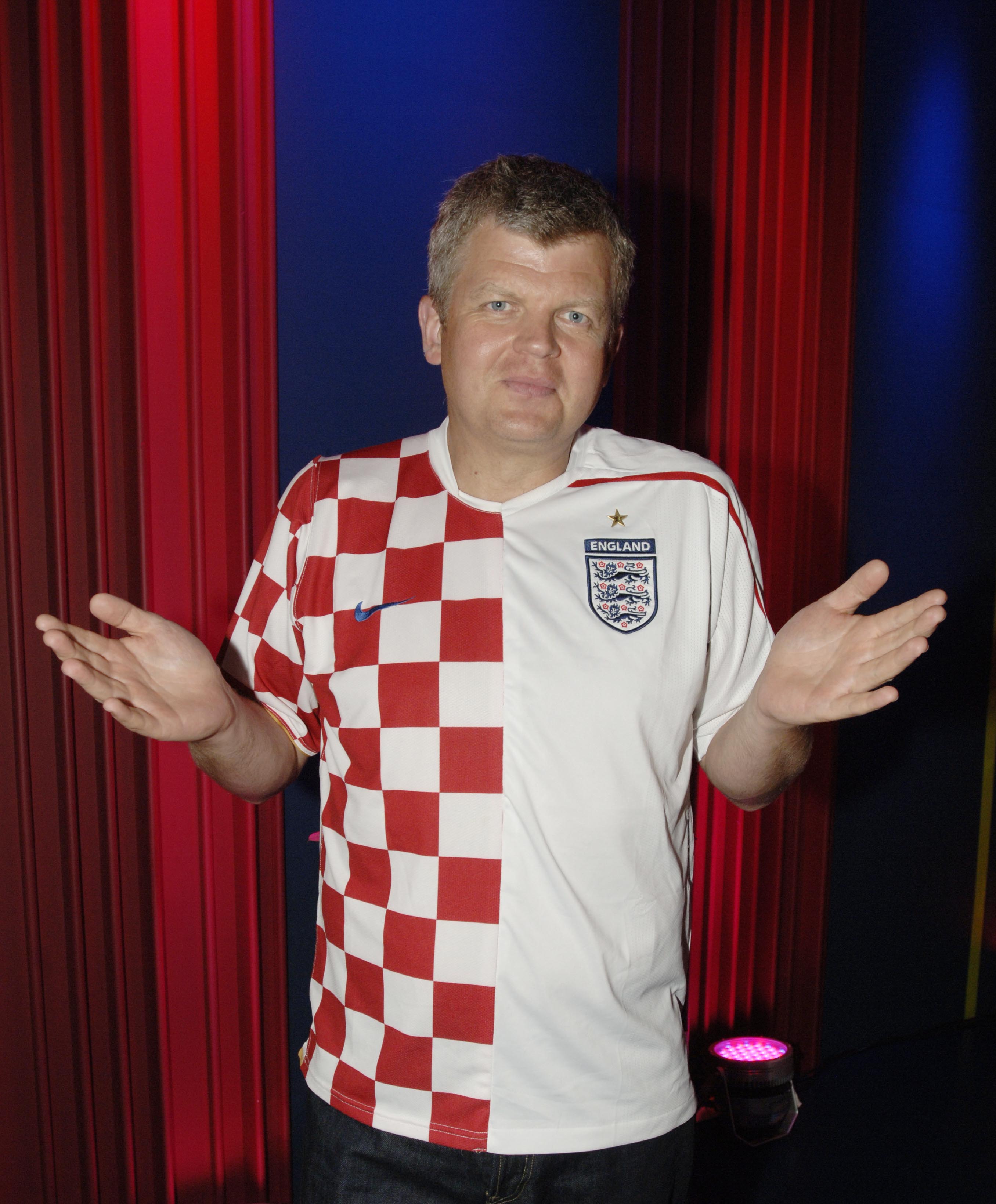 Until Euro ’96 I’d only had one country to support, England. But now Croatia had been reborn, I had two.

My mum is Croatian, you see. I speak the ­language and now I’ve even got a passport. If I wasn’t 54 years old and not that good at football anyway, I could play for either nation.

In the build-up to Euro ’96, Croatia came to Wembley for a friendly.

It felt great, but weird, watching the two play each other. 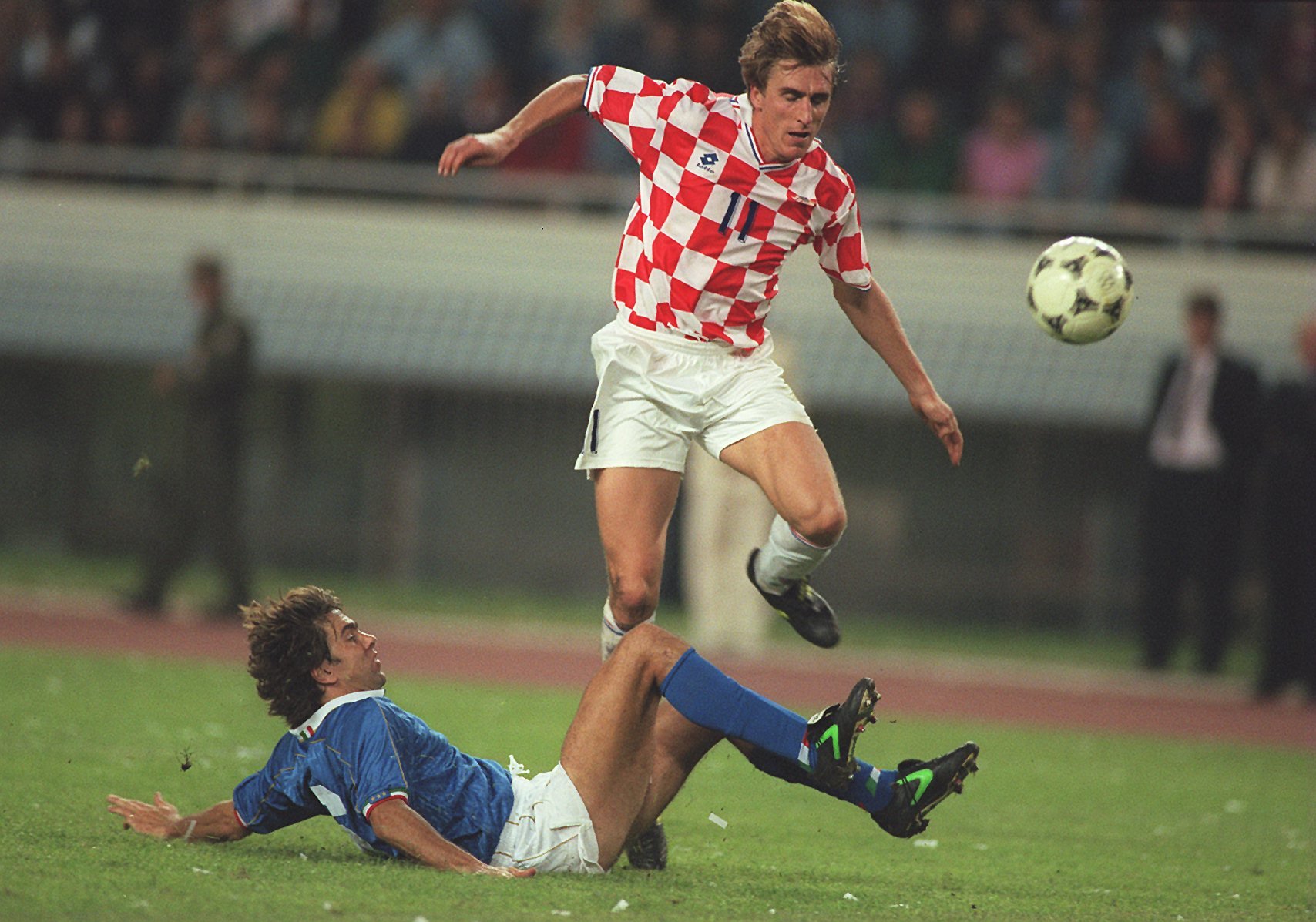 It felt like “we” were playing “us” — “we” being England and “us” being Croatia, or the other way around.

I somehow managed to wangle myself and my mum a couple of press passes through the ­Croatian FA.

In the tunnel of the old Wembley before that friendly, I remember Croatia’s Alen Boksic, plainly emotional, saying how much it meant for them to be playing at the famous stadium.

To a lot of Croatians, playing at Wembley for the first time was a  big milestone in the whole story of the nation.

Mum and I sat in the press box where, being a very nervous watcher of football, she became hysterical whenever the ball got anywhere near either penalty area. She was told off twice by angry journalists, so we went and sat somewhere else.

It finished 0-0. Nothing much ­happened — although you wouldn’t have thought it from her screaming.

The whole tournament was a double joy for me: England were brilliant, and so were Croatia — even down to their stunningly original red and white checked shirts, which everyone warmed to.

I went quite mad during England’s games against Scotland and Holland, and just as mad at Croatia’s 3-0 win against Denmark at ­Hillsborough where I stood behind the goal with Croatia’s travelling fans.

When Davor Suker chipped Schmeichel to score, I went so  berserk that a copper pulled me to one side and, assuming I was Croatian and couldn’t speak English, told me: “You. Must. Calm. Down.”

Something else England and Croatia have in common at Euro ’96 is that for both of us it ended in misery at the hands of the Germans.

They beat us — Croatia, that is — at Old Trafford before we, England, lost on penalties to Germany in the semi-final.

So, apart from having a bellyful of Germany that summer, as for so many people, 1996 was a summer for the ages. 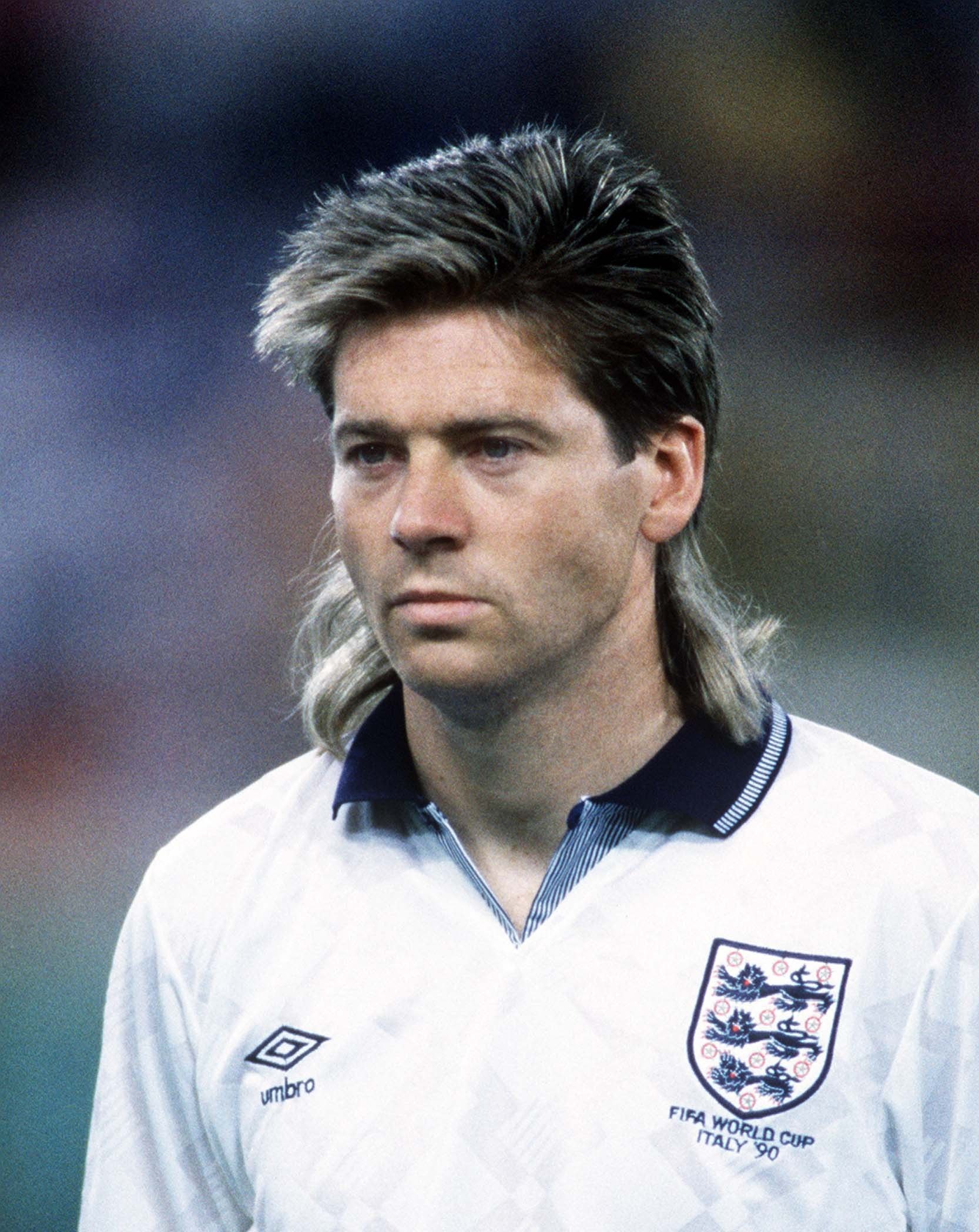 In all, “we” have now played “us” ten times. I’m afraid I’ve enjoyed  each game a little less as time  has gone on.

I can’t bear being conflicted. When it comes to football I need to be wholly committed to one side — there can be no room for doubt.

I love both these countries and watching them play each other gives me some insight into what Richard Williams must have gone through ­watching his daughters Venus and Serena play each other at Wimbledon.

I’m told I should take a more positive attitude and relish the thought that I’ll be happy either way.

But that’s just not my style — I know I’ll feel miserable either way.

I was at the 2018 World Cup semi-final in which we played us.

I just sat stock still for two hours, quite unable to compute any of it.

Never again did I want to go through this, I swore, as if this was remotely in my control.

I fervently wish that we weren’t playing us again today. I’m just glad it’s at the start of a tournament this time, not near the end. 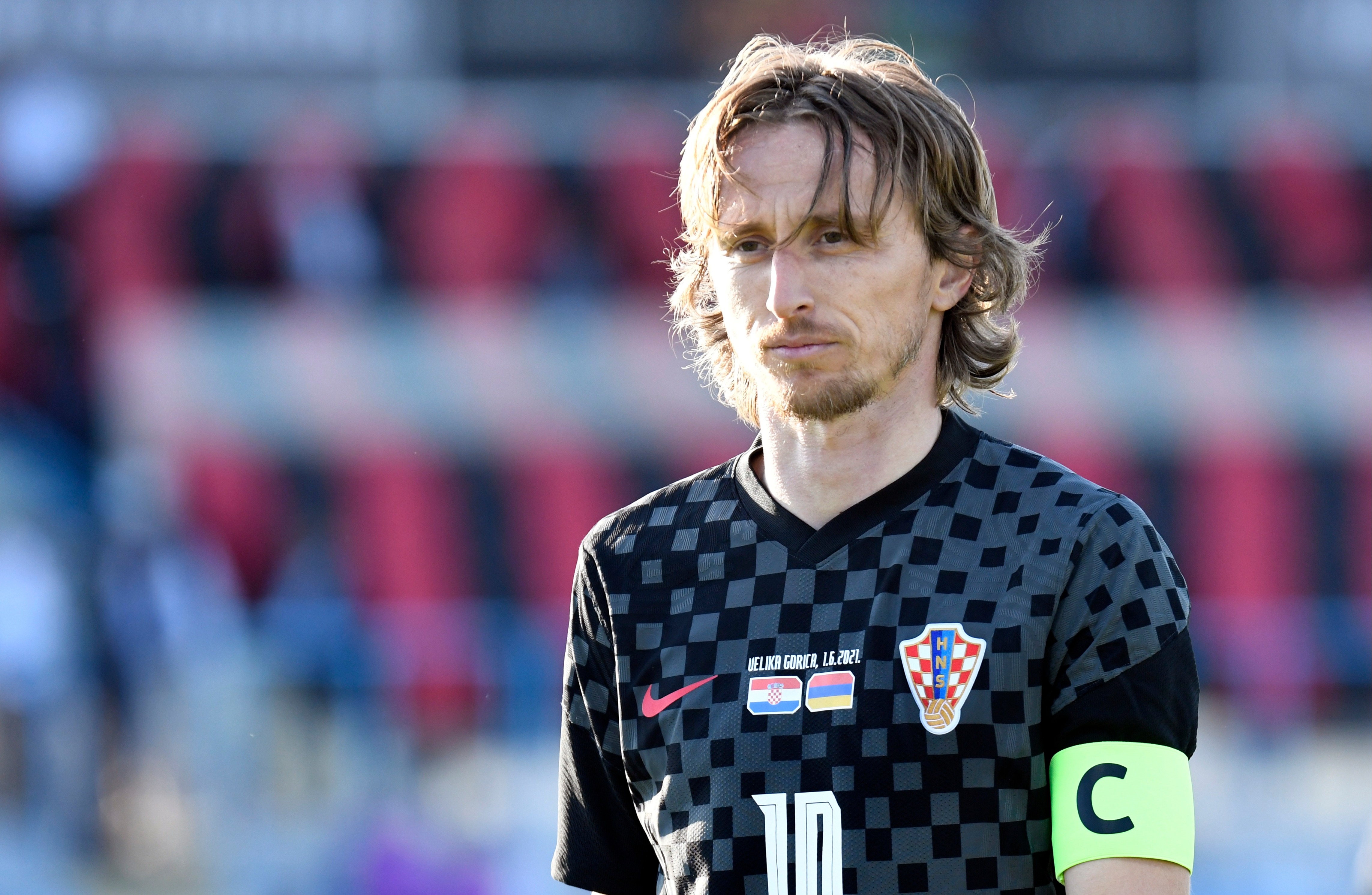 I suppose I could get my specially made half and half Croatian/England shirt out for the ­occasion.

It was made for me when I was presenting The One Show and I had to leave the studio early to get to Wembley for kick-off.

I had a coat on over my shirt. In the interest of self-preservation, when I was talking to my fellow England fans I let the coat fall open to expose the English side of the shirt.  In ­conversation with Croats I only let them see the other side.

It’s odd how this shirt is received. When I’ve worn it in Croatia I have literally had people offering to buy it off me — they love it.

Among the English, it’s a different story. Its last outing was in Moscow at the World Cup. Randomly, I bumped into Marcus Mumford of Mumford And Sons in the street.

He was very nice but, of my choice of shirt, he said: “Get that effing thing off.”

And after the semi-final one of my colleagues warned me Chris Waddle had said that if he ever saw me wearing it again, he’d stick it where the sun didn’t shine. Enough said; I’ve not touched it since. 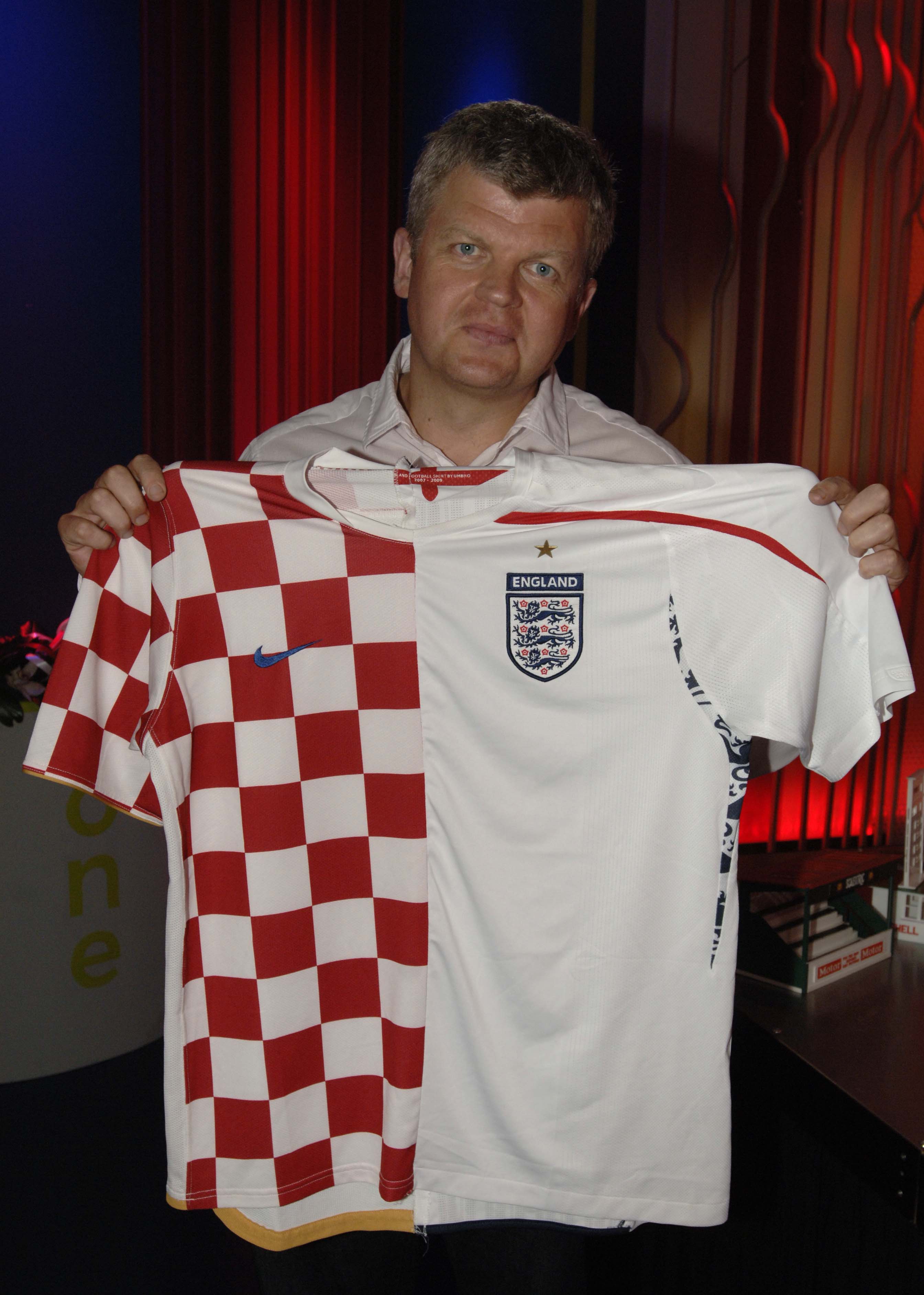 As to how it’s going to go today, I’ve made a few calls to my friends in Zagreb. Croats, on most matters, tend to settle either on tremendous optimism, or despairing pessimism. So far, all I’ve heard is the latter. No one I’ve spoken to seems to be giving their team a ghost of a chance.

I ran through the squad with one Croatian football journalist.

After I read out each name, he said they were either too young, too old, too out of form, injured, or some combination of those things.

The only positive thing this guy could say for Croatia’s chances was that “You lot [by which he meant the English] seem to be too busy arguing about that knee business to concentrate much on football.” Noted.

For what it’s worth, I’ll be on both knees, never mind one, by the final whistle. I’ll be emotionally exhausted and praying we don’t meet us again any time soon. But then, out of the blue, I got to speak to Croatia’s star player of the last decade, Luka Modric. 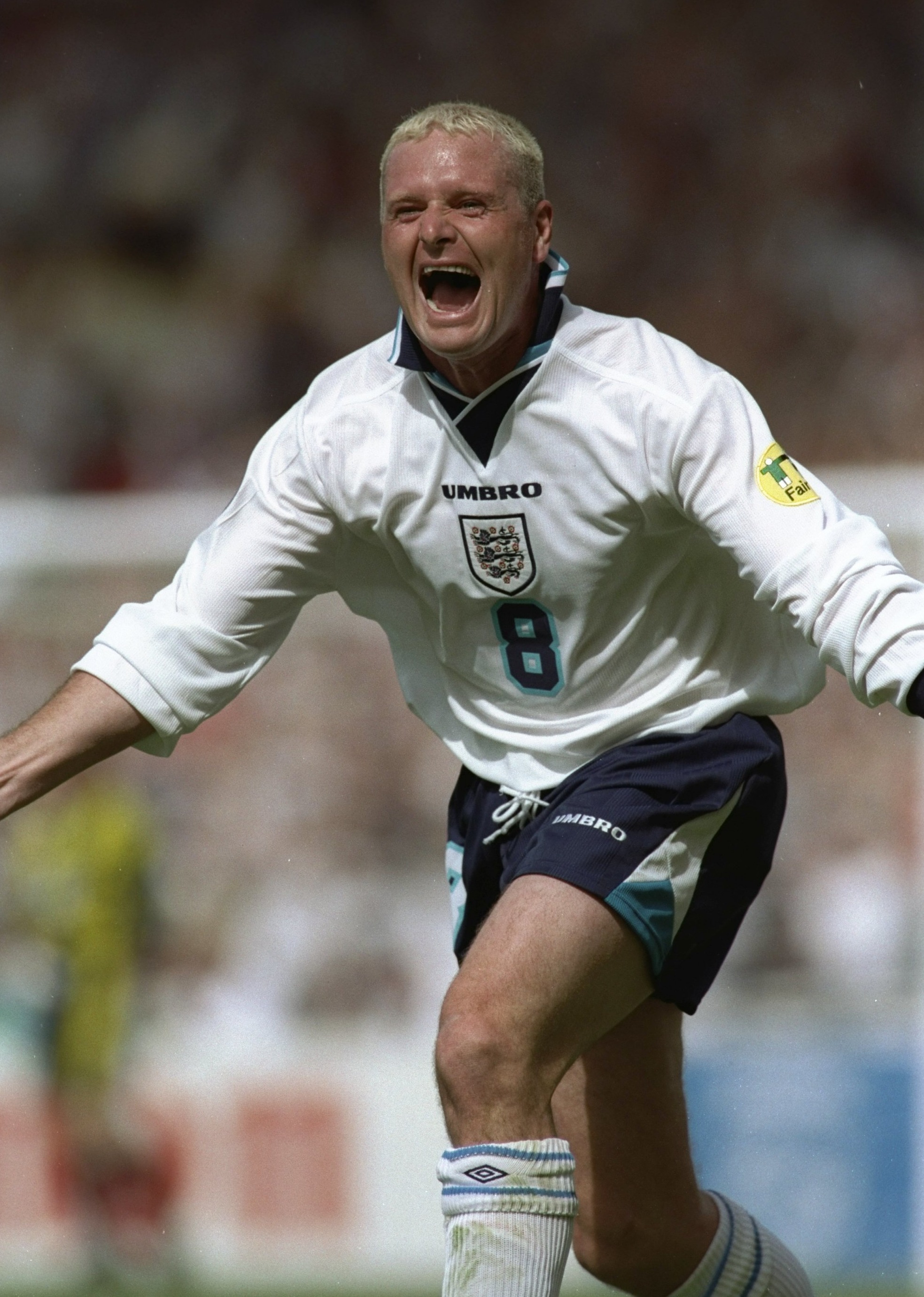 Luka, it turns out, has heard it all before. “It was exactly the same before the World Cup,” he told me.

“At home they were saying we wouldn’t even get out of our group. And look what happened.”

Well, yes. They got to the final and, in my admittedly biased view, would have won it bar some dodgy ­refereeing. Luka, worryingly for his opponents this summer, is still ­smarting from that defeat.

“I got used to winning, with my club. And I really couldn’t bear ­coming so close,” Luka said.

He’s 35 now, so this is probably his last tournament. I think we can safely say he’ll be trying his best.

There’s a neat symmetry for him in these Euros. It was during Euro ’96, watching the Croatians, that he first started to dream. He was ten years old, a refugee in a hotel in the ­Croatian city of Zadar.

If you get a chance, read his auto- biography which is now out in ­paperback, and you’ll realise his life is like a film script.

It was in the car park of that hotel that this skinny little refugee honed his football skills, endlessly kicking an old ball against a wall.

“All that Croatian team were  my heroes,” he remembers. “But my favourite was Zvonimir Boban.”

That little kid went on to achieve as much as Boban and more.

And he can’t wait to get to Wembley now, and tread in his heroes’ footsteps on English soil.

Come on England! Idemo Croatia! Let’s get this one over with. May the best team win.