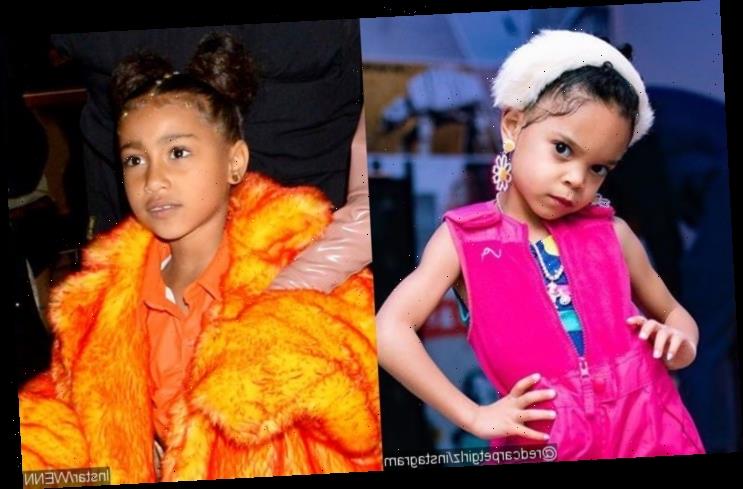 After Kanye West’s daughter delivered a remix of her ‘What I Do’ song, the five-year-old MC explains her issue with the performance, but adds they could ‘rap and go to Disneyland’ together.

AceShowbiz -North West has a new fan in five-year-old rapper ZaZa, after she performed her own remix of one of the star’s tracks at her dad Kanye West‘s Yeezy fashion show at Paris Fashion Week.

The daughter of Kanye and Kim Kardashian performed a remix of ZaZa’s song “What I Do” in the French capital on Monday (March 02), and the hitmaker told TMZ she was so impressed with North’s musical abilities she wants to hit the studio with her.

“It was really good, I really liked it. It felt like… it was so good, it was so dope!” she gushed.

When asked whether the pair are going to connect in person soon, ZaZa responded, “We’re going to rap and go to Disneyland and stuff like that,” and teased the pair could go into a studio and lay down vocals together too.

Following the show, ZaZa’s parents responded on her Instagram page, writing, “We not mad BUT… PLS SHOW LOVE AND SUPPORT TO THE ORIGINAL FIRST!!!”

“We admire Kanye west, and adore his journey. However, we don’t wanna feel like our daughter’s journey in the world of entertainment is being STIFLED.”

Kim later responded, insisting she “didn’t mean to not give credit where credit was due,” and adding “Would love for the girls to meet soon.”

But they appear to have resolved the issue, with ZaZa adding, “Daddy speak to them because daddy is gangsta.”