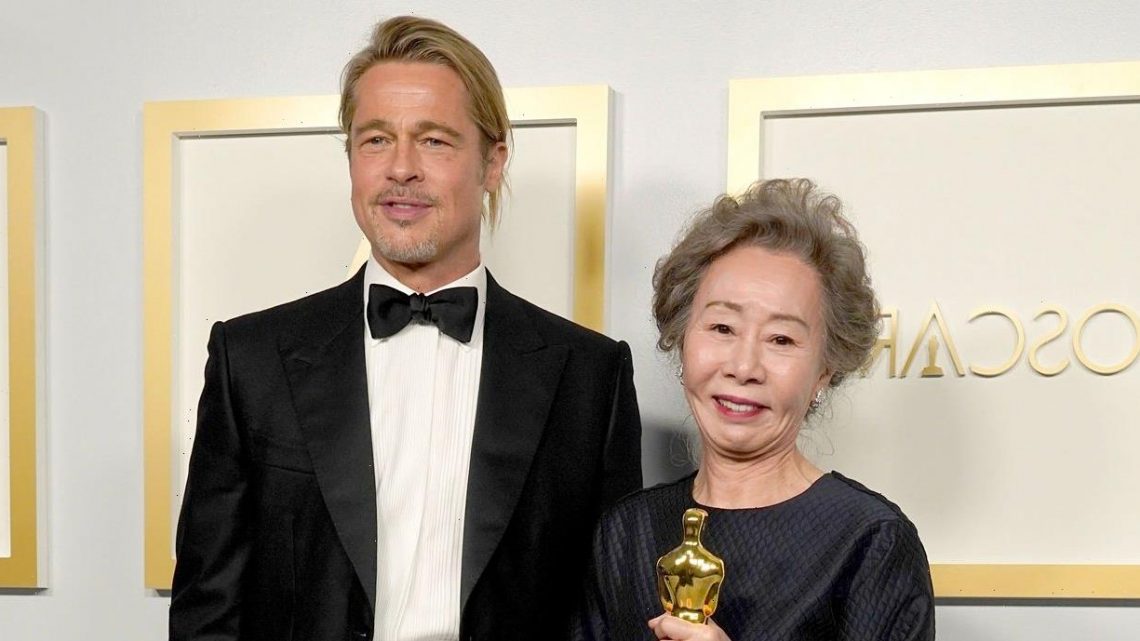 The talk of Tinsel Town! The 2021 Oscars took over Hollywood — as well as Australia, Germany, and England, among other virtual locations — on Sunday, April 25.

See What the Stars Wore to the Oscars Red Carpet’

During the 93rd Academy Awards, there were emotional speeches, funny shout-outs and star-studded appearances — and Us Weekly has your guide to the most memorable moments.

Emerald Fennell kicked off the night with a charming and cheeky acceptance speech after winning Best Original Screenplay for Promising Young Woman. The 35-year-old English writer, who is the first woman to win the category in 13 years, gave Saved by the Bell’s Zack Morris (Mark-Paul Gosselaar) a shout-out before showing her leading lady, Carrie Mulligan, some love. 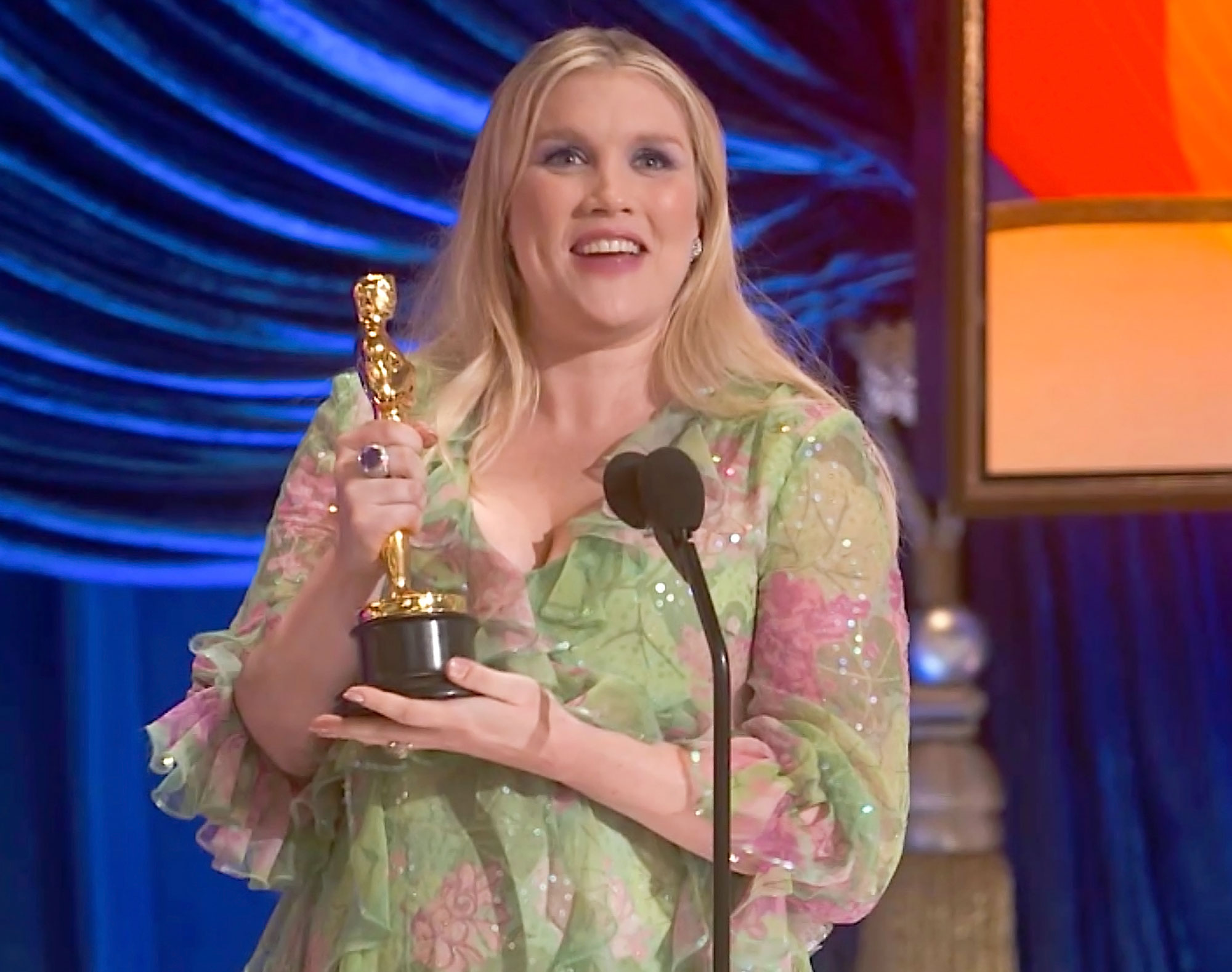 “Oh, my gosh. Oh, they said write a speech. And I didn’t because I just didn’t think this would ever happen. Oh, my God, he’s so heavy and so cold,” she said, referencing the iconic gold statue. “The only speech I ever wrote was when I was 10. I had a look to see if there would be anything useful — I mainly thanked Zack Morris from Saved by the Bell. Unfortunately, he hasn’t been as much a part of my life as I had hoped. So, the speech is not that useful.”

Daniel Kaluuya, for his part, had viewers laughing when he talked about his parents’ sex life after his win for Best Actor in a Supporting Role for Judas and the Black Messiah.

“I’d like to thank my mom. You gave me everything. You gave me your factory settings so, I could stand at my fullest height,” Kaluuya, 32, said. “My mum, my dad … they had sex. It’s amazing! I’m here!” His mom and sister were also in attendance at the London screening and their faces were priceless after hearing the actor’s final send-off.

Yuh-Jung Youn made history as the first Korean actor to ever win an Academy Award when she took home the Best Actress in a Supporting Role trophy on Sunday. When she took the stage, however, she quickly became the most relatable star at the venue, getting starstruck by Brad Pitt, who handed her the Oscar. 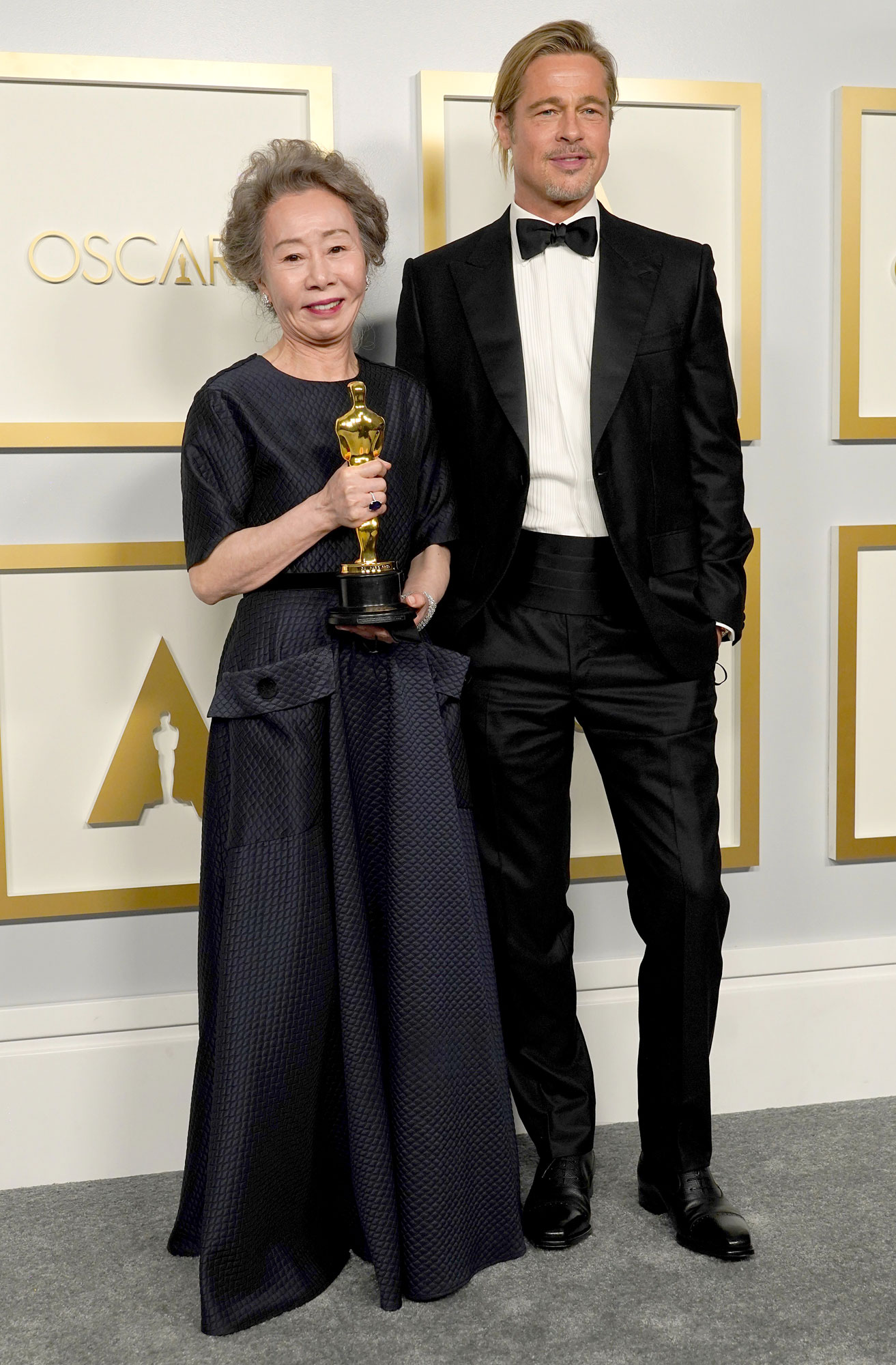 “Mr. Brad Pitt … finally. Where were you while we were filming in Tulsa?” the Minari actress, 73, told Pitt, 57, who is from Oklahoma. “Me being here. I cannot believe. OK, let me pull myself together.”

After giving a heartfelt speech, which included jokes about her “two boys, who made me go out and work,” Youn walked off the stage and into the Once Upon a Time in Hollywood star’s arms before the two chatted backstage.

Before They Were Oscar Nominees

Harrison Ford and Glenn Close both received massive applauses when they appeared at the event. Ford, 78, brought the laughs while reading criticism of his own film Blade Runner, while Close, 74, showed off her killer dance moves doing Da Butt at her table.

Check out the video above to relive the best moments from the 2021 Oscars.