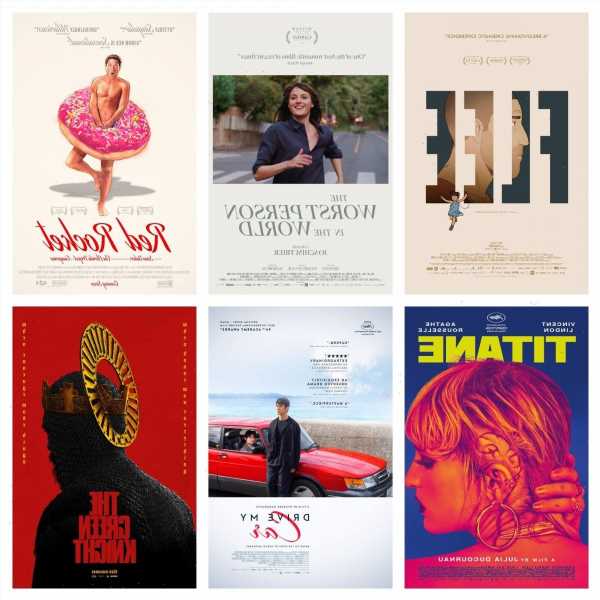 The year is officially coming to a close. The coronavirus (COVID-19) pandemic made 2020 a strange year for movie releases. Many studios delayed their major titles set for the following year and many productions stopped in their tracks. However, the year 2021 features many phenomenal independent movies, although several of the tentpole flicks didn’t land quite how one would expect. Here are the best 20 movies of 2021 and where to watch them.

The year 2021 was a struggle for many, including film productions. Many cast and crews picked up where they left off after having to take a long pause. As a result, some of these movies aren’t getting a release date until 2022 or 2023.

Additionally, many 2021 movies took inspiration from the coronavirus pandemic. It greatly influenced many filmmakers and actors to inject their work with the real-life events and feelings resulting from the pandemic.

In a year full of musicals, In the Heights is the best of the bunch. Casting issues aside, it’s a joyous and celebratory piece of filmmaking. In the Heights packs a punch with killer songs, stellar choreography, and a story filled with heart.

In the Heights is available to stream on HBO Max. It’s also available for rent or purchase through digital retailers, such as Amazon, Vudu, and Apple TV.

Procession is a deeply impactful documentary about a group of survivors of sexual abuse by Catholic priests. Each individual makes a short film to help deal with their trauma, exploring it in a way that’s raw, moving, and non-exploitative. Procession is one of the best documentaries of the year.

Procession is available to stream on Netflix.

Nine Days follows a man judging a group of human souls for the opportunity to be born. Edson Oda’s writing and direction are exceptional in this existential drama that’s equal parts emotional and captivating. Nine Days rightfully won a screenwriting award at Sundance.

Nine Days is available for rent or purchase through digital retailers, such as Amazon, Vudu, and Apple TV.

Dune proves that a successful feature adaptation of Frank Herbert’s sci-fi novel is possible. Denis Villeneuve delivered a breath-taking epic that feels truly otherworldly. Dune boasts an outstanding supporting cast and some of the most gorgeous cinematography of the year.

Dune is available for rent or purchase through digital retailers, such as Amazon, Vudu, and Apple TV.

16. ‘Wheel of Fortune and Fantasy’

Wheel of Fortune and Fantasy is one of two Ryûsuke Hamaguchi films released this year. This beautiful anthology follows three female characters exploring the themes of chance, love, and regret. It’s innately human and wonderfully acted. Wheel of Fortune and Fantasy is the lesser of the two Hamaguchi films this year, but it’s still a stellar piece of cinema.

Wheel of Fortune and Fantasy is exclusively available in select theaters and through virtual theater screenings via Film Movement.

The Lost Daughter is coming to limited theaters on Dec. 17 and will stream on Netflix starting Dec. 31.

The Night House is the scariest movie of 2021 without abandoning its dramatic core. It follows a grieving widow, who begins discovering her husband’s secrets. The Night House is consistently unnerving and atmospherically chilling. Rebecca Hall delivers a fantastic performance.

The Night House is available for rent or purchase through digital retailers, such as Amazon, Vudu, and Apple TV.

C’mon C’mon is a beautiful examination of America’s future in a way that’s both sociological and touching. A radio journalist takes a cross-country journey with his nephew to show him another side of life. Joaquin Phoenix is impeccable and Woody Norman is a stand-out. It’s quiet and subtle, but no less impactful because of it.

The Beta Test follows a scummy Hollywood agent after he receives an anonymous letter offering a sexual encounter. Jim Cummings is one of this generation’s most intriguing filmmakers. The Beta Test is thrilling, uncomfortable, funny, and captivating. There’s nothing else quite like it.

The Beta Test is available for rent or purchase through digital retailers, such as Amazon, Vudu, and Apple TV.

CODA explores the life of a teenager who is the only hearing person in her deaf family, who has dreams of pursuing music. Sian Heder’s film tugs hard on the heartstrings. It’s undoubtedly one of the most earnest movies of the year with phenomenal performances from Emilia Jones, Marlee Matlin, and Troy Kotsur.

CODA is available to stream on Apple TV.

Petite Maman is Céline Sciamma’s most personal film to date. The story is set around a young girl who meets another girl her age after losing her grandmother. It’s so delicately crafted and beautifully told. Petite Maman is a mother-daughter story that continues to show why Sciamma is such a cinematic force.

Petite Maman has no U.S. release date set yet.

Shiva Baby is by far the funniest movie of 2021. Emma Seligman’s feature directorial debut is set during a Jewish funeral service when a college student runs into her sugar daddy. Rachel Sennott is hysterical in this claustrophobic, awkward comedy that thrives on every level. Shiva Baby is brilliant.

Shiva Baby is available to stream on HBO Max and Kanopy. It’s also available to rent or purchase through digital retailers, such as Amazon, Vudu, and Apple TV.

Pig features Nicolas Cage’s best performance to date as a truffle hunter who must track down the people who stole his beloved foraging pig. It’s not at all what you’re expecting. Pig is a profoundly emotional journey of loss and trauma.

Pig is currently streaming Hulu. It’s also available to rent or purchase through digital retailers, such as Amazon, Vudu, and Apple TV.

Licorice Pizza is Paul Thomas Anderson’s 9th feature film. It’s a hangout movie that explores first love in the 1970s San Fernando Valley. Alana Haim and Cooper Hoffman have undeniable chemistry that radiates off the screen. Despite all the controversy surrounding it, Anderson crafted an undeniably charming film.

Licorice Pizza is currently in limited theaters in Los Angeles and New York with a plan to expand nationwide on Dec. 25.

The Green Knight is a cinematic retelling of Sir Gawain and the Green Knight. David Lowery has the most gorgeously shot movie of the year on his hands. It’s a captivating fantasy adventure that beautifully captures a 14th-century story.

The Green Knight is available for rent or purchase through digital retailers, such as Amazon, Vudu, and Apple TV.

Drive My Car is Ryûsuke Hamaguchi’s superior film over Wheel of Fortune and Fantasy. It tells the story of a widowed actor and director whose life takes a turn after he’s forced to allow a 20-year-old chauffeur to drive him around. Hamaguchi’s screenplay is perhaps the best of the year. Drive My Car is long but well worth the time investment.

Drive My Car is currently playing in limited theaters.

Titane is the Cannes Film Festival’s Palme d’Or winner this year. It follows a killer who assumes the identity of a long-lost boy and seeks out his father as a place to hide from the police. Titane is disturbing, strange, and is very much arthouse filmmaking. But, it’s a masterful piece of cinema, if you’re willing to go there.

Titane is available for rent or purchase through digital retailers, such as Amazon, Vudu, and Apple TV.

2. ‘The Worst Person in the World

The Worst Person in the World explores four years in the life of a woman seeking her place in the world. It’s comical, dramatically intense, and truly unforgettable. Renate Reinsve, Anders Danielsen Lie, and Herbert Nordrum are exceptional. This is one of the year’s absolute must-see films.

The Worst Person in the World will hit theaters on Feb. 4.

Flee transcends the meaning of a documentary. It’s an animated film that tells the story of Amin, a gay man on the verge of marriage. He’s ready to tell his story and how it affects his present and future. Flee is a true masterstroke and the best film of 2021.