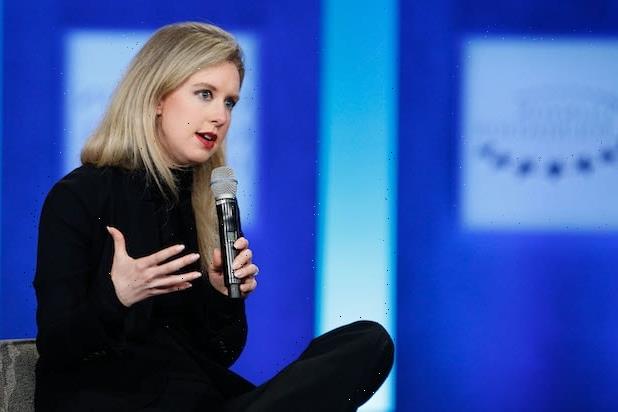 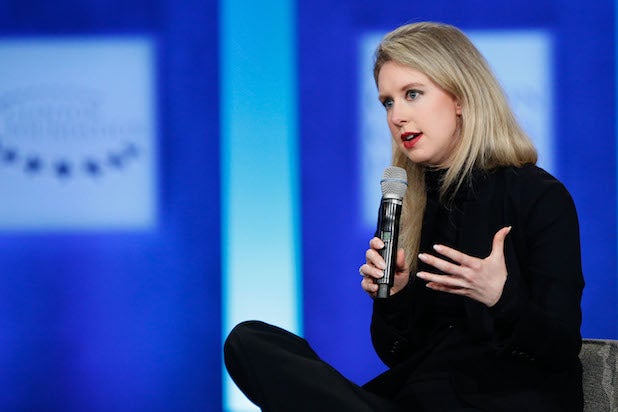 Jury selection began on Tuesday for the criminal trial of disgraced Theranos founder Elizabeth Holmes, kicking off an intense legal battle that will probably play out over many months.

The former CEO of Silicon Valley blood-testing startup — whose rapid rise and fall has been chronicled in documentaries like “The Dropout” and “The Inventor — arrived Monday at the Robert F. Peckham Federal Building in San Jose, California, after delays to her trial due to the pandemic and her giving birth.

Holmes, 37, was accused three years ago of multiple federal fraud and conspiracy charges after prosecutors claimed she misrepresented her company’s blood-testing technology. Her trial follows widespread coverage of how she steered a company that was once valued at $9 billion and made her the darling of biotech and Silicon Valley. 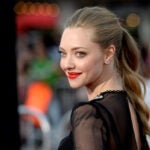 Now the deluge of media attention may complicate the jury selection process over how much prospective jurors may be biased due to all that coverage. Around half had been following some media coverage about the case, and about 30 were familiar with the other works, according to Holmes’ lawyer. She was indicted alongside Theranos’ former COO Ramesh “Sunny” Balwani, 56, and both have pleaded not guilty to the charges. Holmes was romantically involved with Balwani when they were at Theranos.

Here’s what you need to know as the trial unfolds.

More than three years ago, Holmes was indicted and accused of defrauding investors from 2010 to 2015 in multimillion-dollar schemes that misrepresented Theranos’ proprietary blood-testing tech. This is in addition to defrauding doctors and patients that paid for blood testing from 2013 to 2016.

The Department of Justice contends that Theranos never delivered on its promise to create technology that could perform full clinical tests on its proprietary Edison machines — using just a few drops of blood from patients. For years, that was what Holmes and Theranos trumpeted to partners, investors and the general public. The company touted itself as being capable to develop that blood-testing technology.

Holmes and Balwani both pleaded not guilty and stand to face up to 20 years in prison with a fine of $250,000, added on with restitution for each count of wire fraud and conspiracy.

2. Why has the trial been delayed?

The trial was delayed several times due to the COVID-19 pandemic and then again because Holmes gave birth to her firstborn in July. There were some no-shows among prospective jurors, with some citing COVID symptoms. Some of the jurors also said they had hardships as a result of the pandemic, and that they needed to take vacations that would be disrupted by a long trial as with this one.

According to Judge Edward Davila, all court employees have been vaccinated, and a $7 million HVAC system has been installed in the courtroom to ensure optimal air circulation every 10 minutes. 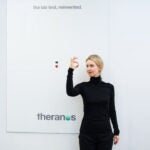 The prosecution has gathered a list of nearly 280 witnesses, including some of the most high-profile figures involved with Theranos: media mogul Rupert Murdoch, one of the company’s biggest investors at more than $100 million, and Harvey Weinstein, who also an investor and board member of the company (and now awaiting his own criminal trial on rape charges in Los Angeles).

Another 11 patients are expected to testify that they have been affected by Theranos’ inaccurate test results, along with nine doctors whose patients received inaccurate results. One patient had previously said she was misdiagnosed for a miscarriage.

Per the court, the patients testifying will not be allowed to speak about “any physical, financial, or emotional harm they may have experienced.”

4. Will Holmes also take the stand?

This is uncertain. Criminal defense lawyers would usually advise a client not to take the stand, but the decision is up to the client ultimately. Holmes may decide to testify, especially since she is maintaining a mental disease defense. It would be an opportunity for Holmes to directly speak to the jury and make her case.

Based on newly unsealed documents, Holmes could also testify about her accusations against Balwani. According to court documents, Holmes is accusing her former partner of psychological, emotional and sexual abuse. Balwani has denied the claims.

If the jury is convinced of the abuse or mental health disease, they could become sympathetic to Holmes and help her case. However, if her testimony backfires it could also discredit her and derail the defense. It could be a risk, and there is no answer yet on whether Holmes will take the stand at this point.

5. What evidence will jurors hear?

Experts are saying that the core of the case will center on what Holmes knew and when, as well as evidence on whether she intended to deceive the various parties involved. There are questions around the company’s Edison machine, whether she knew it could never work, or that it was not working yet. Prosecutors will need to prove intent — whether she was intentionally lying or misrepresenting the device and her company’s capabilities to deceive people.

Last year, Holmes attorneys had planned to introduce evidence of Holmes’ mental disease or mental condition, using testimony from a clinical psychologist who focuses on the areas of violence and trauma. Holmes was then examined by a psychologist and psychiatrist over two days.

There will be evidence against Balwani to back her claims that he emotionally, psychologically and sexually abused Holmes to control her. Filings from Balwani’s attorneys confirmed that Holmes plans to claim he verbally abused her, controlled her diet, sleep, appearance and interactions with other people — “essentially dominating her and erasing her capacity to make decisions.” Holmes experienced “a decade-long campaign of psychological abuse” with Balwani, according to the documents. It also states that he threw sharp objects at her and monitored her calls, emails and text messages.

The defense may also attempt to recast Holmes’ promotion of her company as a benign optimism common in the corporate world, especially in the tech industry. This argument has come up before in cases of other companies misleading investors. Whether that will work is up to the jury to decide how they differentiate between the claims and the reality.

The court has barred Holmes from arguing that the government was influenced by journalists and competitors. She can, however, discuss the details of her criminal investigation. She will not be able to argue being naive or gullible as a defense strategy.

Elizabeth Chambers Is Dating Again, Putting Horrific Armie Hammer Past Behind Her!