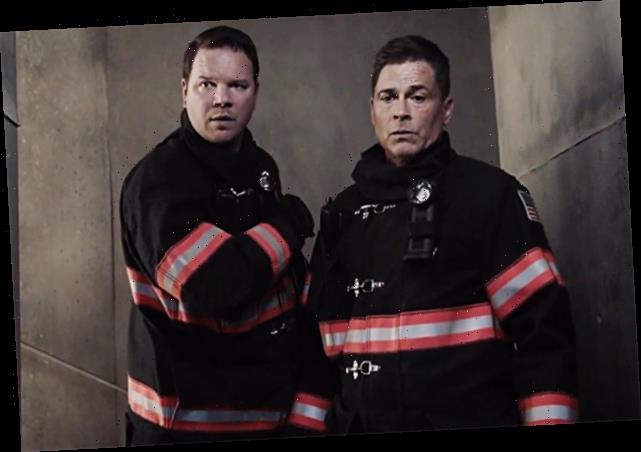 9-1-1: Lone Star Sneak Peek: What's Lurking in This Basement? And What 'Tragic Accident' Still Awaits the 126?

Rob Lowe may have survived The Lyon’s Den, but how will he fare in a pit of vipers? We’ll find out tonight on 9-1-1: Lone Star (Fox, 8/7c) when Captain Owen Strand finds himself up against a slew of slithering snakes.

As you’ll see in TVLine’s exclusive sneak peek, Owen & Co. respond to a call from a panicked mother whose baby is alone in his nursery with a rattlesnake. So, where the heck is the kid’s babysitter? And how did the snake(s) get into the house? You’ll have to watch the clip to find out. (And good luck trying to predict what happens next.)

Elsewhere this week, “Owen, Michelle and the 126 crew … attempt to rescue a man with dementia from a dangerous scene that he created,” according to the episode’s official synopsis. “Meanwhile, Owen adopts a firehouse dog with cancer and Michelle finally learns the truth behind her sister’s disappearance. Also, a tragic accident shakes the team to its core.”

9-1-1: Lone Star wraps its first season next Monday (8/7c) with a two-hour finale event, paving the way for the return of its parents series on March 16.

Hit PLAY on the video above for an exclusive first look at tonight’s 9-1-1: Lone Star, then drop a comment with your hopes for the season’s final episodes below.

Coronavirus eyes: Can you get coronavirus through your eyes?