Home » A Place in the Sun: Jean forced to halt viewing after buyer’s demand not met ‘Move on!’ 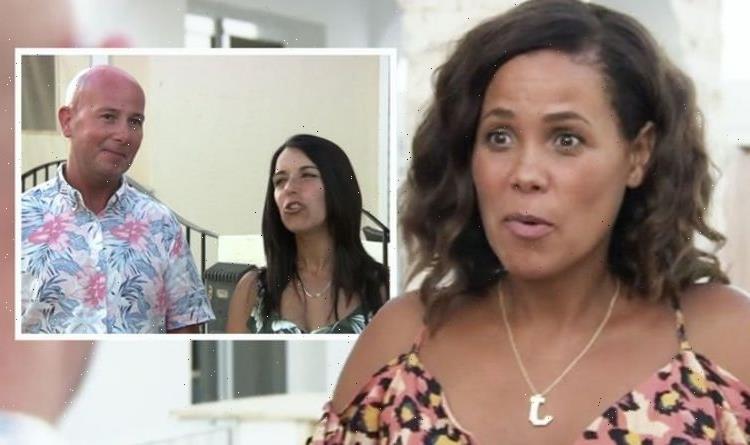 A Place in the Sun: Jean forced to halt viewing after buyer’s demand not met ‘Move on!’

A Place in the Sun: Couple say pool ‘is a big issue’

Today it was the turn of Jean Johansson to find find a couple from Dartmoor a new home in a sunnier climate. A Place in the Sun had travelled to Famagusta, Cyprus where Maria and Andy had met 20 years ago. The potential buyers explained how they also got married in the country and were now looking for a permanent home that would work for them and their much-loved cat Keo. With a budget of £140,000, the property expert had lined up five stunning homes for them to choose between. But the first house Jean had to show the potential buyers did not go down well and when Andy’s requirements were not met, he asked her to “move on” and show them the next one.

The first property Jean had to show Maria and Andy was a three-bed, one bathroom semi-detached villa in Vrysoules, just outside Ayia Napa and it was one the market for £113,983.

And upon arrival, while Maria was impressed, Andy wasn’t convinced: “I wasn’t expecting the pool to be at the front.”

“This has a slightly different set up, the pool is at the front and the garden is at the back,” Jean explained. “Do you like that?”

“I’m not so sure, I would need to see more of it,” Andy commented and the presenter continued: “I’m feeling it’s a bit lukewarm at the moment.” 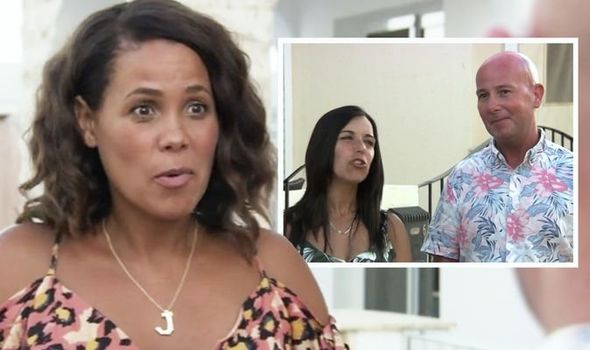 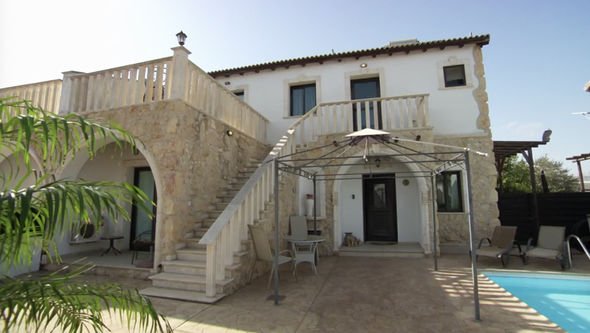 She then led the couple inside and Maria was far more enthusiastic about the living room than her husband, commenting on the fireplace and feature beams.

“It’s a bit too dark for my liking, I like a bright and airy house,” Andy said. “I’m not feeling it for a home to liv in.”

Jean replied: “This isn’t a holiday home for you, I want it to be as perfect as I can get it within your budget.”

“The pool being at the front is quite a big issue,” he continued and Jean said: “I’m getting the message.”

“If I want my pool bar, the neighbours are not going to be too happy,” the buyer remarked.

Those watching at home heard Jean say: “I hear you,” but Andy carried on: “It’s lovely but I don’t think it’s for us.”

“Should i show you around the rest of the property?” The presenter asked and Andy responded: “I think it’s not for us so maybe move on?” 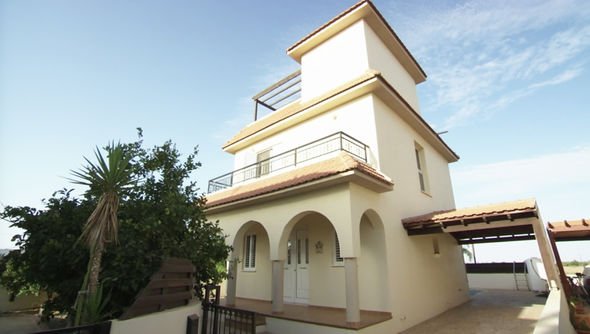 The second house the couple were taken two was a two-bed detached property in Avgorou and had a balcony to the front and a private pool at the back which was surrounded by a patio.

For £134,091 Maria and Andy could buy it and upon arrival, they seemed to like it immediately.

Andy then revealed they had seen the villa online and it looked even better visiting it in person.

“Massive improvement from earlier,” he told Jean and the viewing went swimmingly.

The only concern Maria had was the outside area and it being “cat-proof” for Keo, but Jean reminded them that because it was under budget, they would have money left over to ensure it was a safe space for their pet.

At the end, while it was a contender they asked Jean if they could have a better layout so the kitchen opened out to the pool.

Villa number three was also in Avgorou and was a two-bed with its own garage and terrace to the front.

Like the second house, this also came with a private pool and an outdoor shower and Jean told the potential buyers it was on the market for £136,364.

Upon arrival, Maria said: “It’s attractive from the outside, I like the stone at the front, gives it a bit of character.”

But inside, they felt it was smaller than the previous properties which Jean had to correct: “It’s actually bigger than the other properties by the square foot. I think it’s how they’ve laid the furniture around.”

Maria and Andy both liked the pool area but were “not keen” on being overlooked by the surrounding properties but “security-wise” it was ideal for their cat.

When they rejoined Jean, they said the property was “not jumping out” for them. 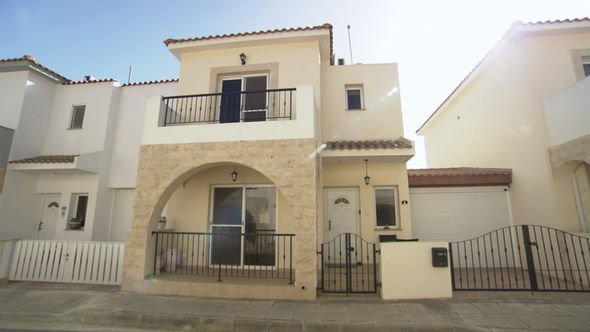 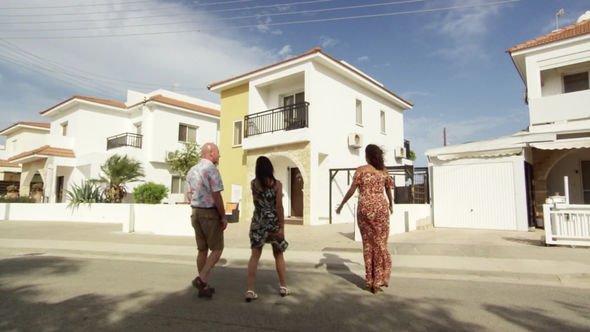 Property number four was a three-bed house in Liopetri, a village in southern Famagusta District and boasted some idyllic scenery.

The house came with a pool and lots of outside space and  while it was valued above their budge at £151,818, Jean said a deal could be done.

Standing outside, the presenter seemed frustrated by the lack of comments from the buyers: “You two are not giving me much! Have a look around it on your own.”

She turned to the camera and added: “They’re playing their cards close to their chest – I think they’re going to love this one, it’s modern, it has great views, and a great space for Keo.”

There were elements Maria loved and Andy disliked and when they sat down with Jean, Andy explained: “I think you’ve caused a dilemma. We’re kind of split on this.”

The final villa Jean showed Maria and Andy was a three-bed with an ensuite in Xylofagou and had a private pool around the back with a BBQ, dining table and lounging area at one end.

Maria said: “This is different isn’t it? It’s a lot different,” and her husband added: “Not what I was expecting – it’s better.”

“Very modern.. it’s bright and big,” Andy said when he went inside.

“I’m surprised the kitchen is at the front, it’s a little bit unsociable, you’re tucked away a bit,” Maria noted. “It’s not blowing my mind.”

A Place in the Sun airs weekday afternoons at 4pm on Channel 4.

Leo, Is That You? Oh Wait, It's Just Emma Corrin and Her New Inverted Bob Haircut
Recent Posts