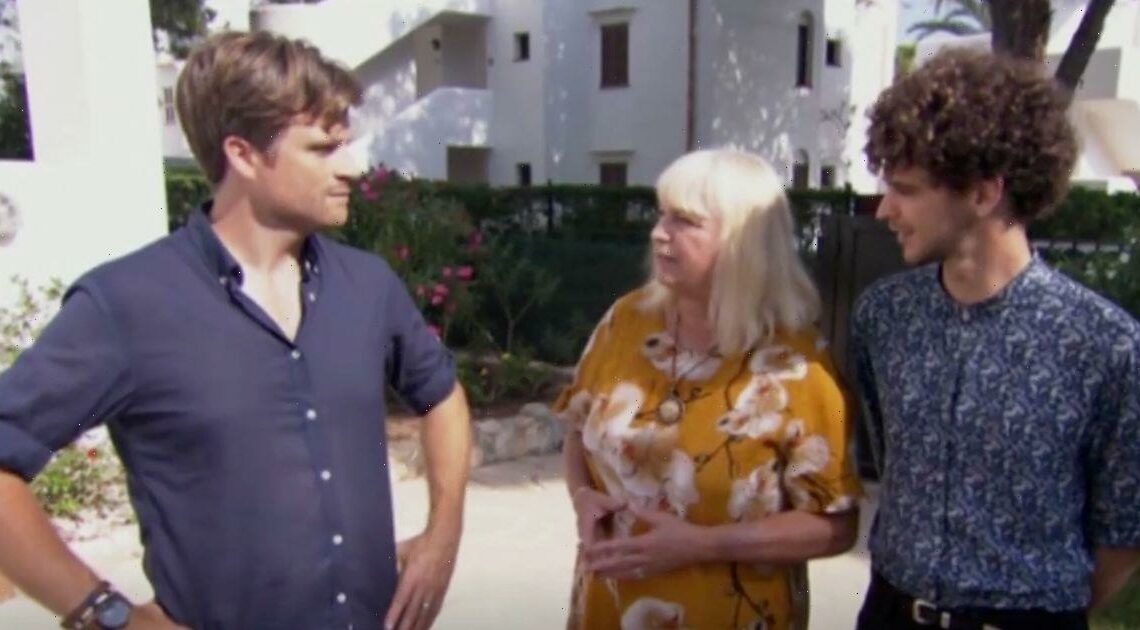 A Place in the Sun's Ben Hillman got flustered when a hard-to-please potential buyer complained he had shown her a "hotel".

Unfortunately, Tina immediately hated property one, a penthouse valued at €164,900 in Cala D'Or, which set the tone for the rest of the show.

Ben then took Tina to property number two, a two-bedroom apartment in the same village, valued at €159,000 at the time of filming.

She moaned it was "liked a hotel" rather than a home, clearly disappointing Ben who seemed to realise he was in a rough ride in this episode.

The first-floor flat was right in the centre of the coastal village and had an open-plan living/dining room, a fully equipped kitchen, two bedrooms, a main bathroom, a private balcony, and was within walking distance of the shops.

It also had access to a pretty garden and a communal swimming pool.

Looking around the huge garden with Tina, Ben said: "Is that because it’s got a pool? Is this where I have gone wrong?

"You wanted a pool. I’ve given you a pool and all of a sudden we are now in a 'hotel'. You are being fussy."

Ben continued to express his disbelief at Tina's attitude after Jamie sided with him and said the apartment was "really nice".

The presenter said: "It is probably the most central property I have got to show you.

"It’s right by the shops and a short stroll from the sea.

"It has a pool and a fantastic outlook, it’s secluded. I mean, where have I gone wrong?"

At the end of the show, Tina said she didn't really like any of the five properties Ben had shown her and he explained in the voiceover that she would continue her search alone.

Family of Italian duke accused of tricking Sting fires back

'Criminal Minds': Fans Weigh in on Garcia and Morgan's 'Friendship': 'The Dynamic Between the 2 of Them Is Awesome'
Recent Posts