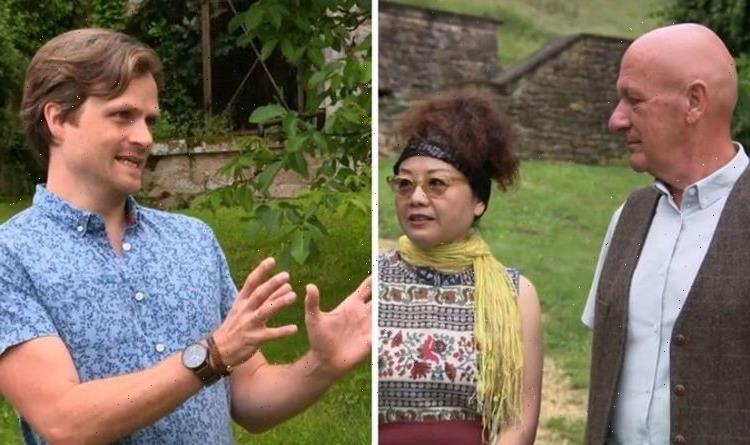 A Place in the Sun: Guest says low ceiling beams are ‘odd’

Ben Hillman was tasked with showing couple John and Poppy around properties in Lot et Garonne, France, where they hoped to find their dream home in the sun. The 2019 repeat episode of the hit Channel 4 show saw the couple relatively pleased with most of the places on offer, but in one home they were put off by a feature of the bedroom, which they deemed “very odd”. A Place in the Sun host Ben also had his work cut out looking for the perfect “man cave” for John.

Armed with a budget of £175,000, Poppy and John were after a quirky home where Poppy could create an art studio and John could enjoy time in his “man cave”, which was a specific requirement of his.

The first property Ben showed them around was a four-bedroom house in Monpazier.

The stone building consisted of a dining kitchen, a living room with a feature fireplace, a bathroom, laundry room and a large terrace area with an outbuilding – and it was valued at €175,000 at the time of filming. 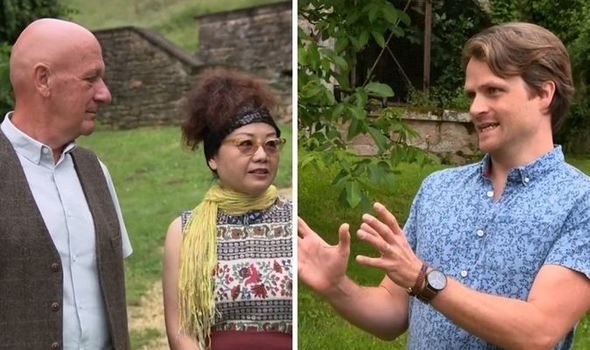 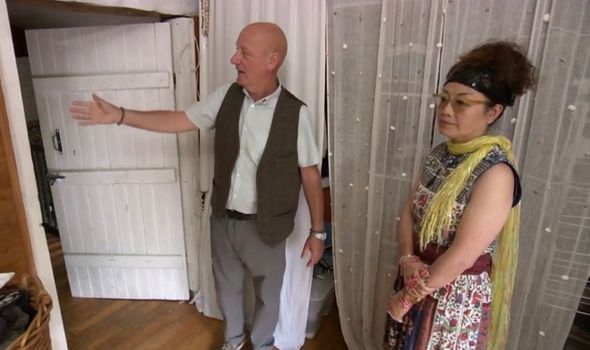 The couple were impressed with the look of it from the outside, and even liked the living room.

Referencing the low ceilings, the beams of which seemed to hang particularly close to the bed, he added: “I’m not too sure about that low beam in there, it’s a bit of an obstacle. 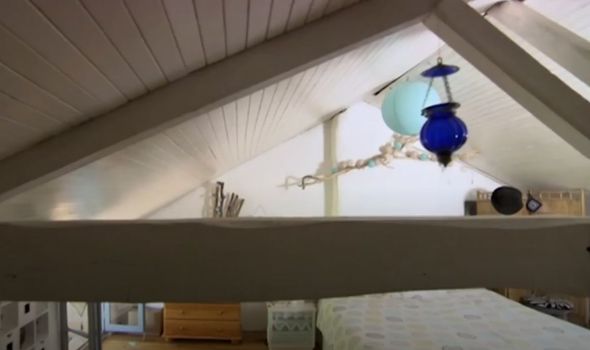 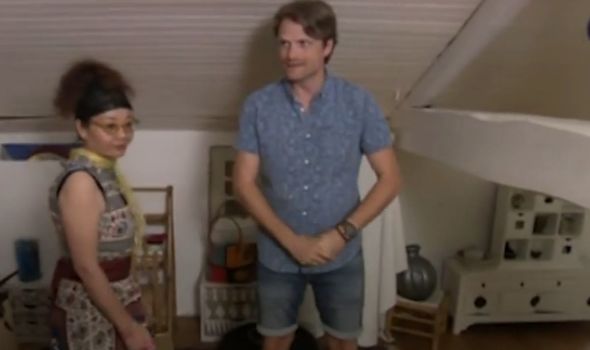 “We couldn’t use this as a master bedroom,” John admitted. When it came to the rest of the home, John and Poppy agreed the spacious, green garden was beautiful.

“I can plant some fruit trees there and grow some vegetables.” John rated it as a nine out of 10, but said the outbuilding provided wasn’t enough of a “man cave” for him.

Ben asked him to elaborate and he said: “A barn or something similar.”

The second property was a three-bed house in Esclottes. Valued at €196,000, the couple liked what they saw.

The problem for Ben was they seemed to like them all, and he was concerned they may not be able to reach a decision.

When he caught up with them for the moment of truth, Poppy said: “We are struggling with number four and number five.”

But ultimately, they decided to go with property four, which was on the market for €181,900.

John said: “It needs a new kitchen, we’ll need the plumbing, the wiring, everything else. We will probably open at £135,000.”

The owner didn’t accept this initial offer, asking for another £7,000.

The couple accepted the price and secured their dream destination home.

A Place in the Sun airs daily at 3pm on Channel 4.