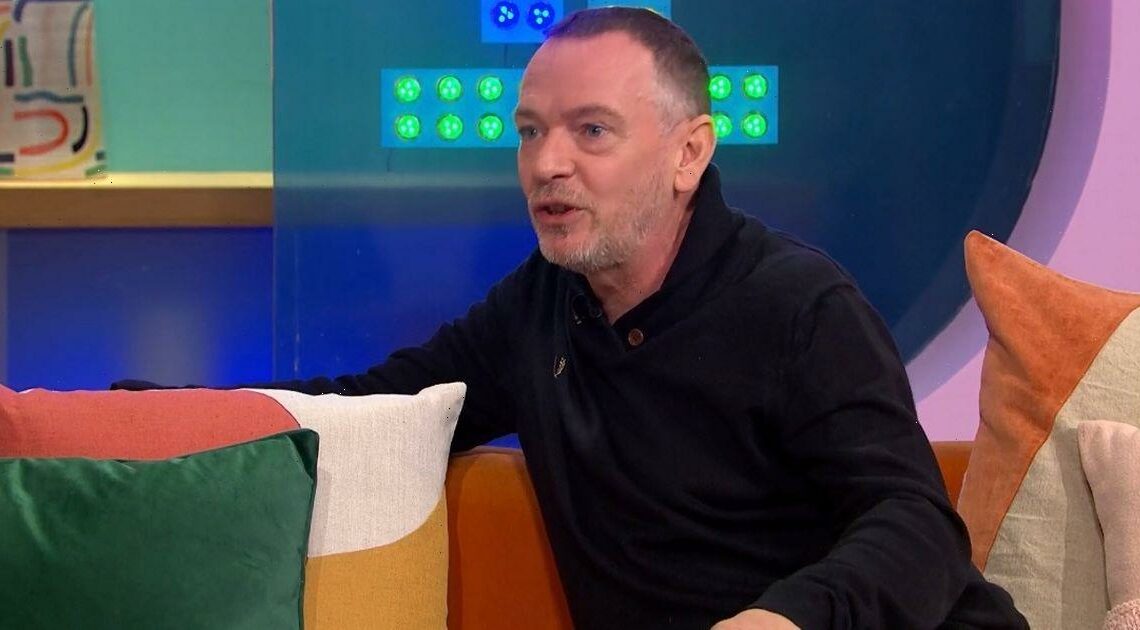 The actor, 53, is currently on a hiatus from the BBC One soap after playing Ian Beale since 1985 and he revealed the reason behind his break during the chatshow.

Talking about the impact playing the legendary character has had on his life, Adam said: "I think as long as I live, I'm still going to be seen as Ian Beale. It doesn’t matter what I do, what else I do, where I go, Ian Beale is always going to be a part of my life."

Asked whether he is returning to Albert Square, the I'm A Celebrity star, who previously revealed he has "no plans" for a comeback anytime soon as he is on tour with Looking Good Dead until April 2022, admitted that it isn't just his decision to make.

He said: "I don’t know. It’s not just my decision to make, it’s also EastEnders. I left because of the way the storyline was going, because Ian needed to go.

"Not me going, 'I wanna leave', or them saying, 'You’re going!' that was the storyline."

Asked whether he was missing playing Ian Beale, Adam admitted: "No, because I'm having the time of my life! I'm having a fantastic time!

Ian also clarified his current BBC One soap hiatus, explaining that he has "left but hasn't left" and that he is simply on a "break".

It comes after the actor revealed he won't be returning to the BBC soap after I'm A Celebrity in an interview prior to his arrival on the ITV competition, which ended last month.

Speaking to the Mirror and other publications, Adam was quizzed about whether he would return to EastEnders after I'm A Celebrity, to which he said: "So I literally come out of the castle whenever that is, have Christmas off and then we’re back into rehearsals because Laurie Brett’s taking over from Gaynor Faye.

"And then we’re doing that until the end of April. It’s been it’s been a lot of fun working and seeing [Laurie] again. It’s kind of bittersweet.

"I’m looking forward to Laurie coming in, I’m going to miss Gaynor because she’s been an absolute joy to work with. It’s been wonderful."

The star added on his decision to sign up to I'm A Celebrity at the time: "Why have I finally said yes? Because I am not in EastEnders! That is the honest answer. I am not in contract with the BBC so I can come and do it.

"Everyone thinks I am Ian Beale and so it’s going to be great to show I am not."

For all your latest updates on EastEnders and Adam Woodyatt, sign up to OK!'s daily newsletter.