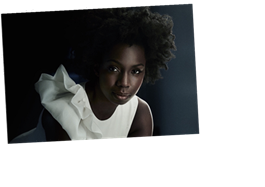 Adepero Oduye (The Falcon and the Winter Soldier, Pariah) has been tapped as a lead opposite Vera Farmiga in Five Days At Memorial, Apple TV+’s limited series from John Ridley, Carlton Cuse and ABC Signature. The project reunites 12 Years a Slave co-star Oduye with the Oscar-winning movie’s writer Ridley.

Written by Ridley and Cuse based on the acclaimed nonfiction book by Pulitzer Prize-winning author Sheri Fink, Five Days at Memorial chronicles the first five days in a New Orleans hospital after Hurricane Katrina made landfall. When the floodwaters rose, the power failed and the heat climbed, exhausted caregivers were forced to make life-and-death decisions that haunted them for years to come.

Oduye will star as Karen Wynn, the nurse manager of the intensive care unit at the hospital and the head of the hospital’s ethics committee. Farmiga plays Dr. Anna Pou, the doctor on duty at Memorial when the storm hit.

Ultimately, 40 dead bodies were found in the hospital. The book looks to answer the question of whether medical staff at Memorial euthanized critically ill patients after being trapped in the hospital for days without power.

Five Days At Memorial is written and executive produced by Ridley and Cuse, and both will serve as directors on the limited series. ABC Signature is the studio. Author Fink will serve as producer.

Oduye plays Sarah Wilson On Disney+’s Marvel series The Falcon and the Winter Soldier. She recurred on Ava DuVerney’s Netflix limited series When They See Us. For her role in 12 Years a Slave, she shared in the cast’s ensemble SAG Award nomination. Oduye, who first received awards recognition for her breakthrough role in the 2011 movie Pariah,  is repped by ICM Partners and Washington Square Arts.