Alan Carr’s Epic Gameshow descends into chaos after awkward misunderstanding: ‘I told you’

On Saturday, Alan Carr gave gameshow fans a hit of nostalgia with his very own version of Name That Tune. Rachel, Marvin, Danielle and Stuey V were the four contestants hoping to bag some cash in the rebooted Epic Gameshow edition on ITV, and it’s safe to say some knew their melodies better than the others. However, when Alan took to the stage to perform his own rendition of a classic, it was contestant Marvin who came up short, resulting in a hilarious mix-up which sent the show off the rails.

After saying goodbye to Stuey V after round one, the three remaining Name That Tune players faced a fresh batch of recognisable melodies to guess.

But it wasn’t just the prospect of the £25,000 jackpot the players were guessing for, as Alan had a handful of bonus prizes up his sleeve.

Keen to make up ground on Danielle and Rachel, Marvin put his knowledge to the test and managed to land himself one of the aforementioned bonus products.

However, in order to take the bonus prize home, he’d have to correctly identify the song Alan performed – a task easier said than done. 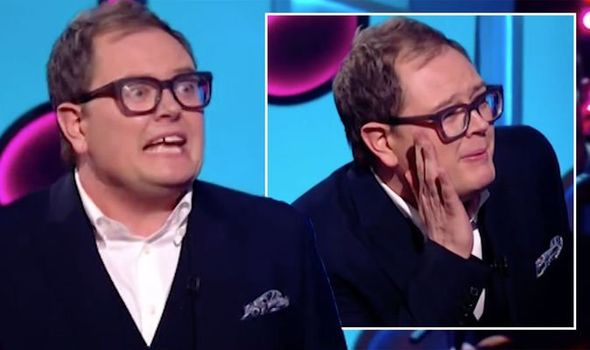 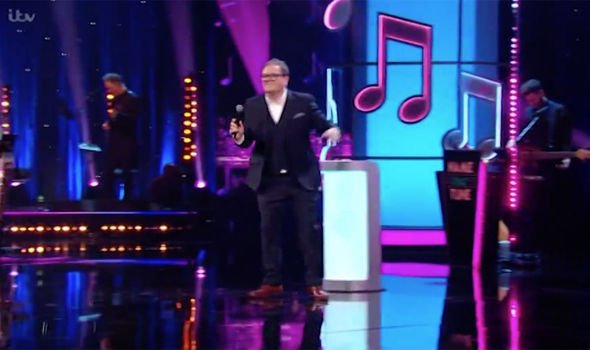 Alan grabbed hold of the microphone and began to sing a rather unique rendition of Tina Turner’s Simply the Best.

After finishing his performance, Alan joked to contestant Rachel: “You couldn’t take your eyes off of me!”

“I couldn’t” Rachel joked back. “You were mesmerizing.”

As the dust settled on his performance, Alan said: “Marvin, for a bonus prize, name that tune.” 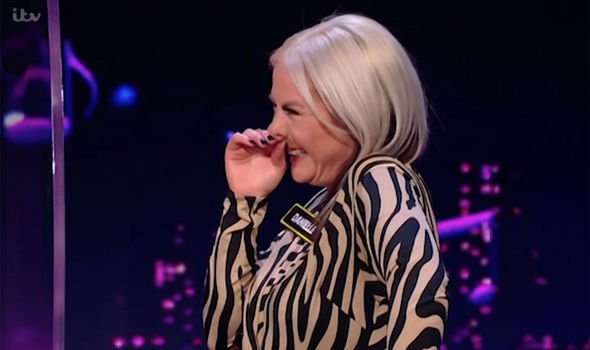 But it was clear Marvin was none the wiser as he hesitated before bursting into laughter.

“Why are you laughing?” a stern Alan jokingly snapped as Marvin explained: “Because I know it but I can’t remember the name.”

Keeping the joke going, Alan sarcastically said his singing was “spot on” before he leant over to whisper the correct answer: “Simply the Best.”

“Slipping in the base?” Marvin asked as he’d misheard Alan’s giveaway, resulting in raucous laughter from the ITV studio.

“What did you say? I’m depressed? What?” Alan asked as Marvin tried again: “Stick it in the nest?”

Alan repeated his answer with a look of disgust while Rachel and Danielle by this point were bent over in hysterics.

Alan whispered the answer again as Marvin finally got on the same page before the host snapped: “Yes! I told you!”

By this point, the entire show had descended into chaos with everyone else in the studio in stitches.

And the bonus prize on offer was a pressure washer which Marvin got to take home after failing to progress to the final.

It was Danielle who was crowned the winner and secured herself the £25,000 jackpot which left her in tears.