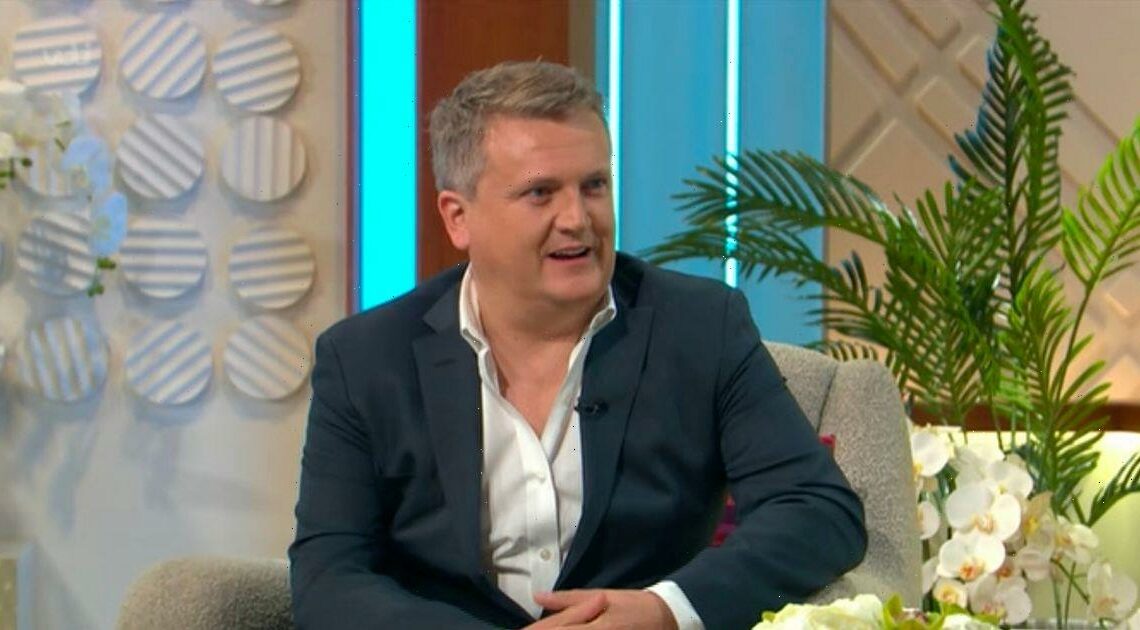 The child star who was catapulted to fame when he sung 'Walking in the Air' back in the mid-80s is gearing up for the launch of his three-book series, and appeared on Lorraine to promote it.

The Scottish sweetheart introduced Aled in the most hilarious way, which left him slightly annoyed as he snapped back at the host.

She said: "Is it too early to mention Christmas?"

Before introducing Aled Jones by saying his name and rolling the tape of him in the mid-80s singing the song that made him famous.

"There he is," Lorraine gushed as the film played.

"So beautiful," she continued.

"How could you introduce me like that?" he snapped.

"I thought you were my friend!" he urged the host.

Aled and Lorraine shared a giggle before he spoke of his new book series.

The series is set to comprise of three separate books released at different times, which will follow the main protagonist Bobby Dean.

Suitable for readers seven and up, the first book will be published in two days time on October 14 2021, which is named Bobby Dean Saves Christmas.

The second will be published for Easter on April 14 2022, and will be named Bobby Dean and the Golden Egg.

And the third will be out in time for kid's summer reading challenges, Bobby Dean and the Underground Kingdom, will be published on July 7 2022. Aled has said: "The idea for Bobby Dean has been bubbling up slowly inside me for years, just waiting to come out.

He continued: "I hope Bobby Dean and his adventures help children open their minds and imaginations to the power of music and of friendship and the amazing possibilities when you give people a chance beyond your first impressions."

Lorraine airs weekdays at 9am.