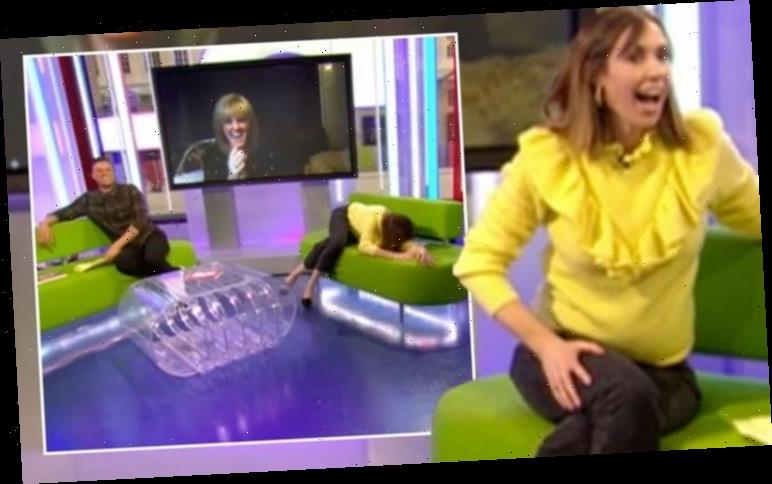 On April 1, Alex Jones and Jermaine Jenas were speaking to Great British Bake Off host Matt Lucas and former Coronation Street stalwart Sally Lindsay on the final The One Show before its Easter break. Matt arrived in the studio to talk about his brand new book hitting shelves soon but he also had another surprise for Alex and Jermaine, telling them he’d landed a small part in hit BBC drama Line of Duty. However, unbeknownst to Jermaine and Alex, it was all a facade with the show’s bosses even telling the hosts they had a sneak peek at his appearance on the show.

Teeing up the prank, Alex revealed that Matt had told her some “very exciting news” upon his arrival into the studios on Thursday.

“Sally and viewers,” Alex began. “Matt has told us some very exciting news just before we came on air.”

“And we can now talk about it,” an excited Alex said, as Matt weighed in: “Yeah, even my family don’t know about this.

“This happened about four months ago and it’s amazing how they’ve kept it a secret but I appear in two episodes of Line of Duty this series.” 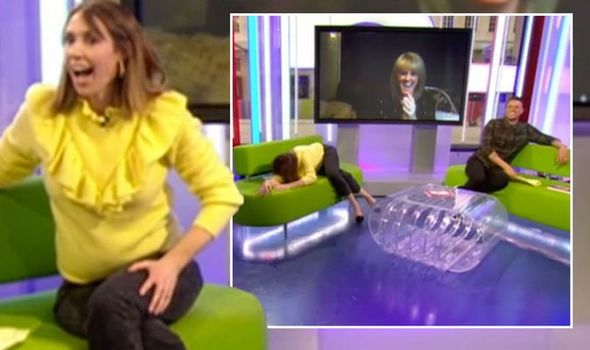 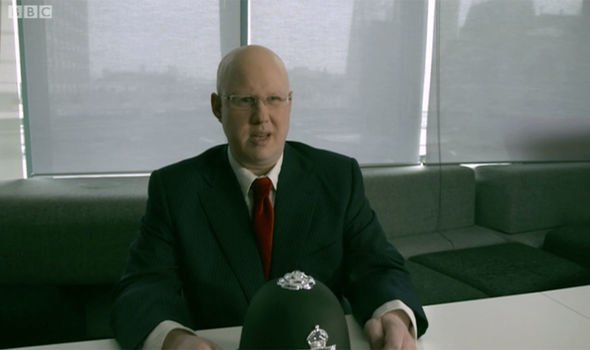 The Bake Off host kept a straight face throughout as he delivered the surprise news to The One Show hosts, who by this point were giddy for their guest.

“I play a special policeman,” Matt continued, which brought a huge gasp from Alex.

An excitable Alex began to probe Matt: “You were telling us as well, you haven’t seen any of the footage yet.”

Matt’s poker face stayed strong as he concocted a tale about his time on the show: “They give you only some of the script, so I don’t even know what happens in the end.” 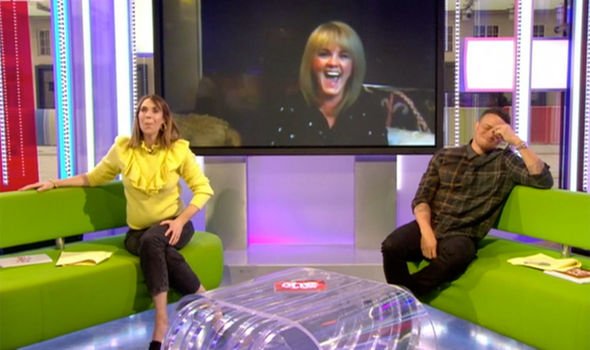 Jermaine and Alex were both taken aback before the latter revealed The One Show bosses had managed to secure a clip of Matt on Line of Duty.

“We’ve managed to turn it around quickly,” Alex said before turning to viewers: “Let’s have a look at Matt in action in Line of Duty.”

What followed was a scene of the show’s leading mad Ted Hastings (played by Adrian Dunbar) in the interrogation room.

But rather than Matt actually being on the show, he had filmed a hilarious response with a toy policeman’s hat and played it side by side with the scene from the BBC drama.

Finally aware they’d been duped, Alex and Jermaine were both mortified as the cameras returned to The One Show studio.

“Oh, my God,” Alex said as she slumped over the sofa while Jermaine turned away in embarrassment before shouting: “I knew it!”

“You’ve been pranked!” Matt teased as laughter erupted around the studio.

“Are you joking?” Alex asked as she tried to regain her composure before the Bake Off host said to camera: “April Fool’s.”

Completely off-guard by the ordeal, Alex explained: “I completely fell for it, hook, line and sinker.”

Jermaine too was completely blindsided as he weighed in: “I was thinking what role is he playing here? I can’t believe that happened!”

“You’ve been in some amazing stuff so I thought that was plausible,” Alex continued. “I’m so gullible!”

The One Show continues Tuesday at 7pm on BBC One.