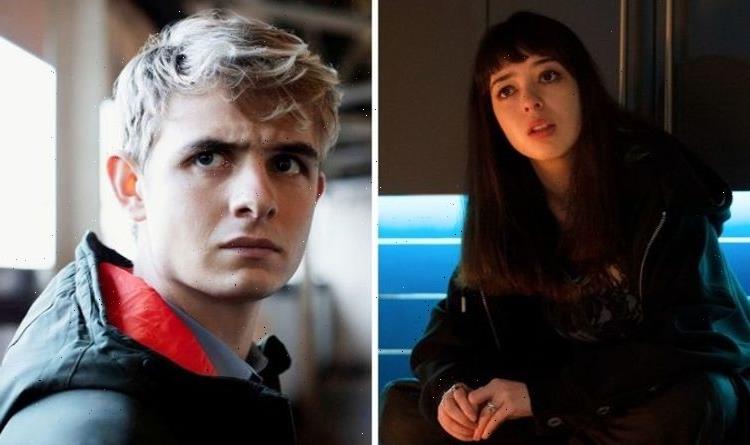 Based on Anthony Horowitz’ best-selling series of young adult novels, Alex Rider (played by Otto Farrant) returned for another thrilling instalment of spy adventures this year. Speaking exclusively to Express.co.uk, the cast of the IMDb TV series, available through Amazon Prime Video, shared what they want to see if the series continues.

A third season has yet to be officially confirmed, but fans are hoping the series can eventually tackle the rest of Anthony’s popular espionage saga.

Marli’s character Kyra was introduced partway through season one as a new creation for the IMDb adaptation.

Meanwhile, Kyra slips off into the shadows, leaving viewers unsure if she’ll be part of the time when the series continues.

Chatting to Express.co.uk about Alex Rider’s latest case, Marli confirmed she hopes to see Kyra return to the field in a potential third season.

“Because you say she’s part of the team but the way that she always is she just disappears.

“Kind of like a spy, I guess, she just disappears sometimes.”

The season finale certainly set up Kyra’s return with Alex and Tom’s hacker friend keeping tabs on them from the shadows.

However, Marli isn’t so sure if the character will fit right back into the team once Alex takes on his next mission.

Now the trio have come together for the first time, there’s definitely space for a third companion if Alex realises he needs her computer skills again.

Marli explained: “Those relationships are there now. A big thing in season two is her realising that she can be around people and not just be of use to them.

“Not just because they need her help but she can be just around people because they like her. I think that’s a big lesson Kyra learns.”

As a completely original character for the TV series, Kyra’s presence in the series is never a given considering the plots of some of the books.

Indeed, Marli herself wasn’t completely sure if she’d be back for the second season, which is based on Eagle Strike, the fourth book in the series.

“It wasn’t a definite,” she said. “I think towards the end of series one I think maybe there was chat about it.”

“But it wasn’t definite until I knew they were making a series two and I got asked to be a part of it.”

“The way she sort of weaves in and out of the series is very suiting of the character, because she just has the ability to get up and leave.”

Marli also admitted she had a very different idea to how Kyra would eventually fit in with the rest of the team.

During season one she predicted she and Alex’s best friend Tom would quickly become good friends, though in practice this wasn’t the case.

Thankfully, Tom eventually lowered his guard, and they could make a formidable trio if Alex Rider gets the go-ahead for a third season.

Judges are told to say 'postal operative' instead of 'postman'